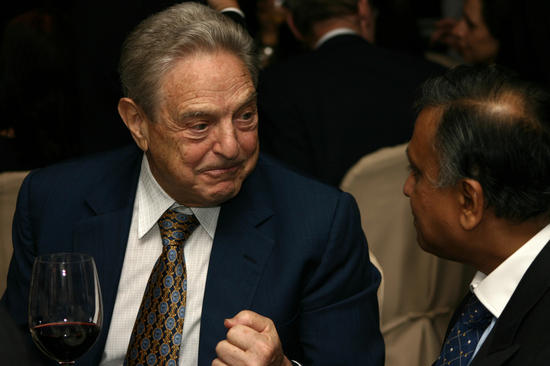 This week, Soros Fund Management LLC released its 13F portfolio update for the first quarter of 2022, which ended on March 31.

George Soros (Trades, Portfolio) in 1969, Soros Fund Management is the primary advisor for the Quantum Group of Funds. After helping define the modern hedge fund, the firm converted to a family office in 2011, becoming closed to outside investors. Soros’ investing principles are based on his “theory of reflexivity,” which holds that individual investor biases affect both market transactions and the economy, resulting in chaotic financial markets and the mispricing of assets.

Based on its latest 13F report, the firm’s top five trades for the quarter were buys for Cerner Corp. (

CERN, Financial) stake for a total of 2,730,001 shares, increasing the equity portfolio by 2.89%. During the quarter, shares changed hands for an average price of $92.54 apiece.

Cerner is an American health care information technology company that provides devices, hardware and related services to the health care industry. Its products range from medical devices to electronic health records. The company has agreed to be acquired by Oracle Corp. (ORCL) for $28 billion.

On May 17, shares of Cerner traded around $94.11 for a market cap of $27.68 billion. According to the GF Value chart, the stock is modestly overvalued. 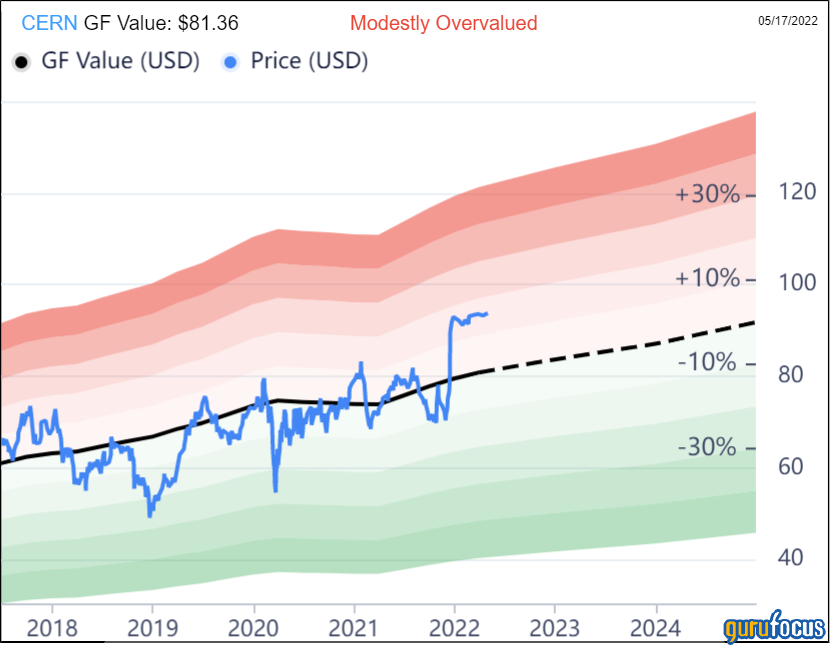 The company has a GuruFocus financial strength rating of 7 out of 10 and a profitability rating of 8 out of 10. The Piotroski F-Score of 5 out of 9 and Altman Z-Score of 7.39 show a solid financial situation. The operating and net margins are outperforming 75% of peers in the health care providers and services industry. 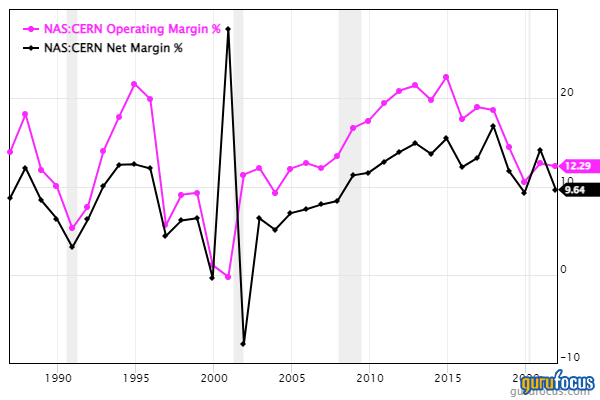 ZNGA, Financial) after selling out of its previous investment in the stock in the second quarter of 2014. At the quarter’s average share price of $8.79, the holding has a weight of 2.41% in the equity portfolio.

Zynga is a video game developer based in the U.S. It focuses primarily on social video games as live services, particularly on mobile platforms. Its popular franchises include FarmVille, Words With Friends and Merge Dragons.

On May 17, shares of Zynga traded around $8.43 for a market cap of $9.59 billion. According to the GF Value chart, the stock is a possible value trap. 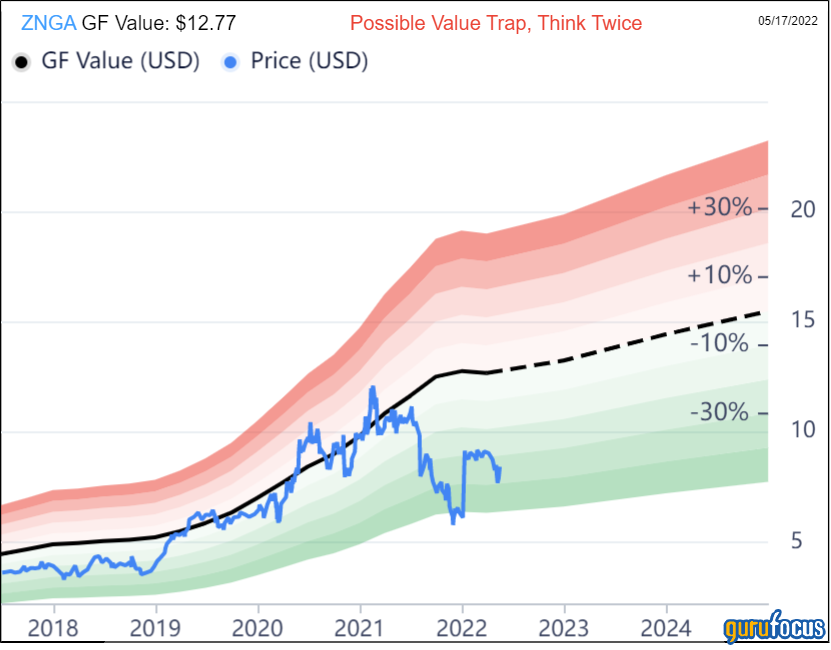 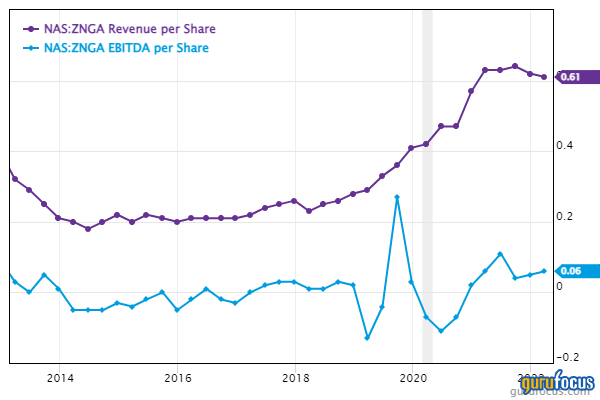 INFO, Financial), reducing the equity portfolio by 6.07%. Shares changed hands for an average price of $116.30 during the quarter.

Based in the U.K., IHS Markit is a critical information provider that was formed from the 2016 merger of IHS Inc. and Markit Ltd. The company provides information, analytics and solutions for the major industries and markets. It was acquired by S&P Global Inc. (

On May 17, shares of S&P Global, which IHS Markit is now a part of, traded around $337.74 for a market cap of $114.76 billion. According to the GF Value chart, the stock is modestly undervalued. 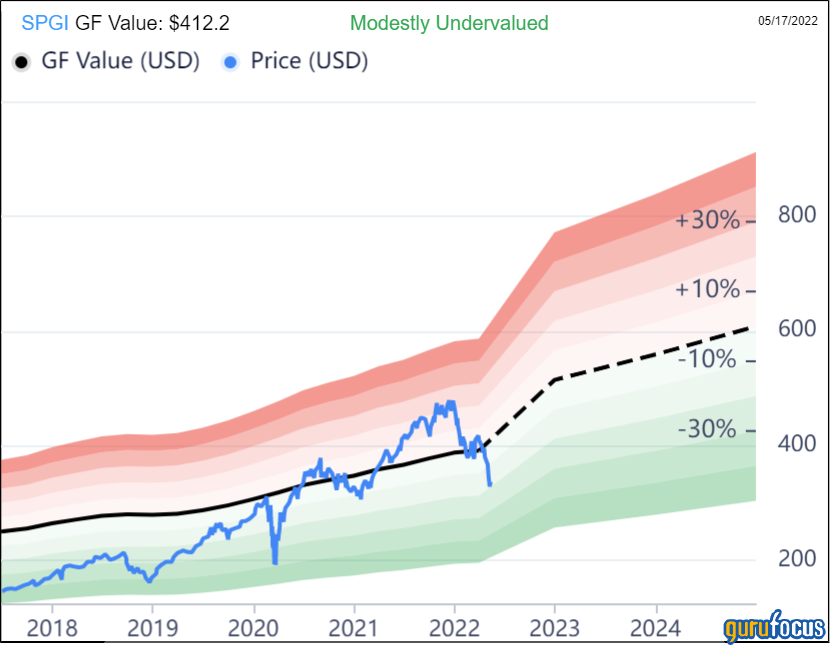 The company has a GuruFocus financial strength rating of 6 out of 10 and a profitability rating of 9 out of 10. Despite the low Piotroski F-Score of 3 out of 9, the interest coverage ratio of 25.36 indicates the company can continue meeting its debt obligations. Return on invested capital is typically higher than weighted average cost of capital, which is a sign of value creation. 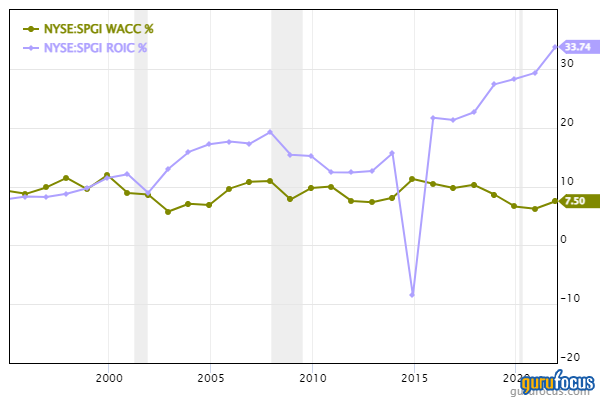 The firm also ditched its 2,850,527-share stake in Nuance Communications (

NUAN, Financial), which previously took up 2.44% of the equity portfolio at the quarter’s average share price of $55.30.

Nuance Communications is a U.S.-based multinational computer software company that develops conversational artificial intelligence for customer-facing industries such as health care, retail, financial services and more. It was acquired by Microsoft Corp. (

MSFT, Financial) on March 4 in an all-cash deal.

On May 17, shares of Microsoft, which Nuance is now a part of, traded around $266.08 for a market cap of $1.99 trillion. According to the GF Value chart, the stock is modestly undervalued. 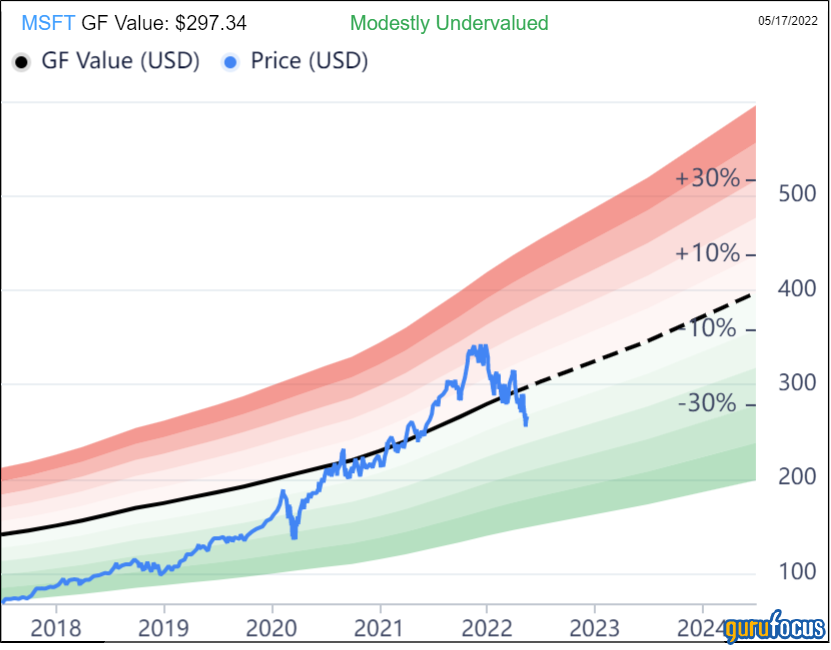 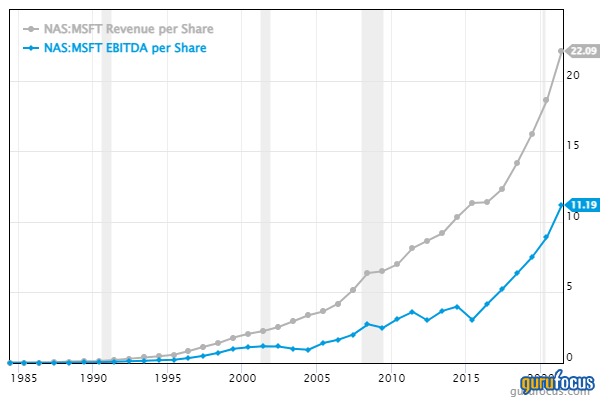 The firm slimmed its Liberty Broadband (

Liberty Broadband is a holding company for two subsidiaries, Charter Communications and TruePosition, which operate in the cable/broadband and mobile location technology businesses. The company is headquartered in Englewood, Colorado.

On May 17, shares of Liberty Broadband traded around $118.53 for a market cap of $19.17 billion. The Peter Lynch chart shows the stock trading above its fair value, but below its median historical valuation. 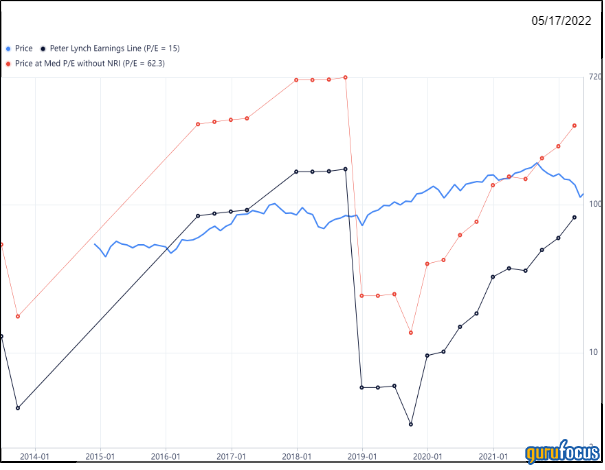 The company has a GuruFocus financial strength rating of 4 out of 10 and a profitability rating of 6 out of 10. The cash-debt ratio is low at 0.07, but the Altman Z-Score of 2.28 indicates the company is not at risk of bankruptcy in the near term. ROIC runs much lower than WACC, indicating the company is destroying value as it grows. 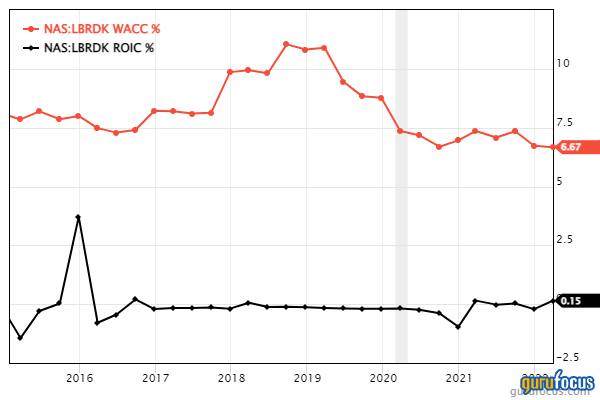 As of the quarter’s end, Soros Fund Management held shares of 240 common stocks in an equity portfolio valued at $5.06 billion. The turnover for the quarter was 14%.

In terms of sector weighting, the firm was most invested in the consumer cyclical sector, followed distantly by communication services and financial services.