David Einhorn (Trades, Portfolio) in 1996. It invests primarily in corporate debt offerings and both long and short positions in stocks. In its early days, the hedge fund made its most significant profits from short selling weak companies such as Lehman Brothers and Conseco. Its stock investments are focused on a value-based approach that sometimes includes activism.

Based on its latest 13F filing, the firm’s top common stock buys for the first quarter of 2022 were Southwestern Energy Co (

The firm established a 4,133,000-share stake in Southwestern Energy Co (

SWN, Financial), giving the stock a 1.88% weight in the equity portfolio. During the quarter, shares changed hands for an average price of $5.03 apiece.

Southwestern Energy is an explorer and producer of natural gas liquids that primarily operates in shale basins of Pennsylvania, Ohio, West Virginia and Louisiana. It also operates natural gas and oil transportation pipelines.

On May 18, shares of Southwestern Energy traded around $6.92 for a market cap of $7.74 billion. According to the GuruFocus Value chart, the stock is modestly overvalued. 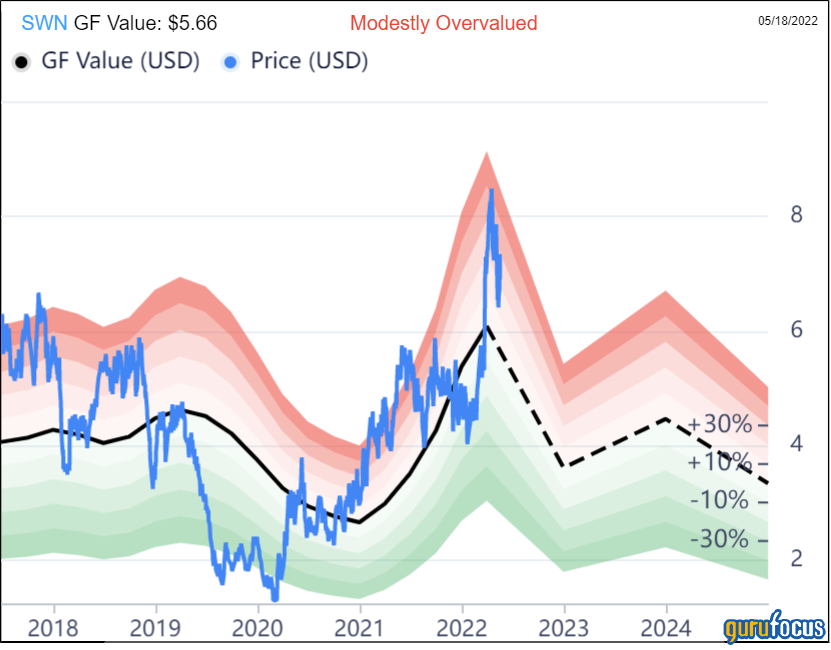 The company has a GuruFocus financial strength rating of 3 out of 10 and a profitability rating of 6 out of 10. With a current ratio of 0.22 and an Altman Z-Score of -0.88, the company could be at risk of bankruptcy within the next two years. The three-year revenue per share growth rate of 8% stands in contrast to the three-year Ebitda per share growth rate of -26.8%. 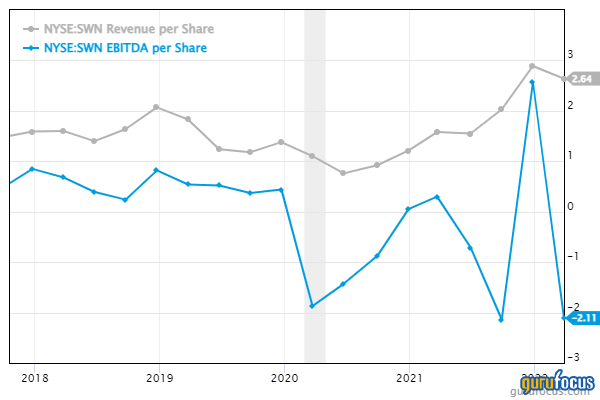 The firm added another 1,000,000 shares to its investment in Warner Bros. Discovery Inc. (

Warner Bros. Discovery is the result of a merger this past April in which Warner Bros. was spun off from AT&T Inc. (T) and subsequently combined with Discovery. The newly formed company offers a variety of top franchises for television, film and streaming.

On May 18, shares of Warner Bros. Discovery traded around $17.66 for a market cap of $42.88 billion. According to the GuruFocus Value chart, the stock is significantly undervalued. 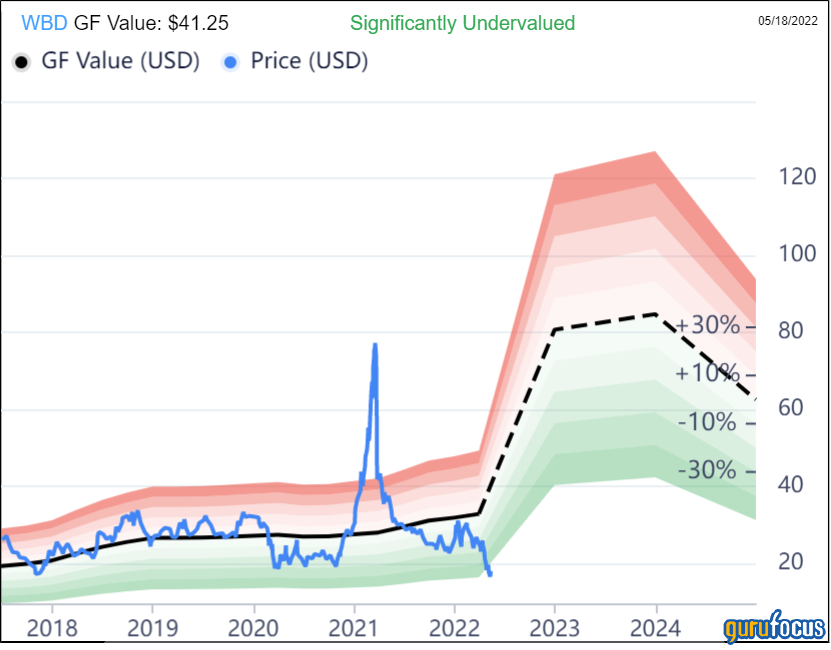 The company has a GuruFocus financial strength rating of 5 out of 10 and a profitability rating of 9 out of 10. The debt looks to be well under control given the Altman Z-Score of 2.47 and Piotroski F-Score of 8 out of 9. The return on invested capital (ROIC) has fallen below the weighted average cost of capital (WACC), showing struggles with value creation. 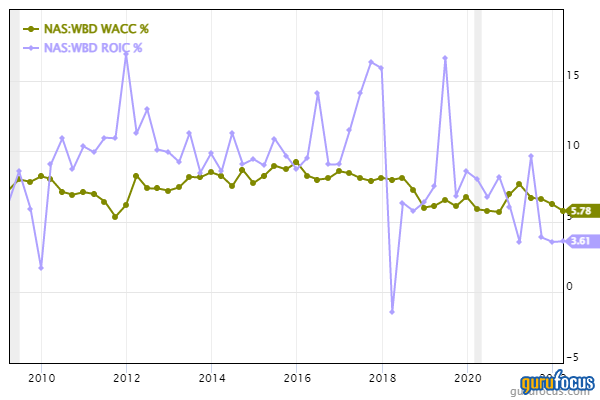 WFRD, Financial), acquiring 703,500 shares and giving the stock a 1.49% weight in the equity portfolio. Shares averaged $31.38 apiece in the three months through the end of March.

Weatherford International is an American Irish oilfield services company, one of the largest of its kind. The wellbore and production solutions specialist helps customers worldwide with constructing, finishing and maintaining oil wells.

On May 18, shares of Weatherford International traded around $30.14 for a market cap of $2.12 billion. Since exiting bankruptcy and re-listing on the Nasdaq in December 2019, the stock has gained 23%. 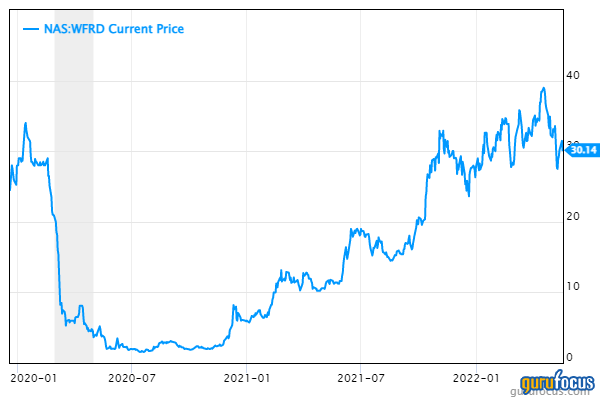 The company has a GuruFocus financial strength rating of 4 out of 10 and a profitability rating of 5 out of 10. The interest coverage ratio of 0.66 is a red flag that the company may not be able to keep making payments on its debt, but the current ratio of 2.22 indicates it should be safe in the short-term. The operating margin has turned positive in recent quarters, and while the net margin is still negative, it is on an uptrend. 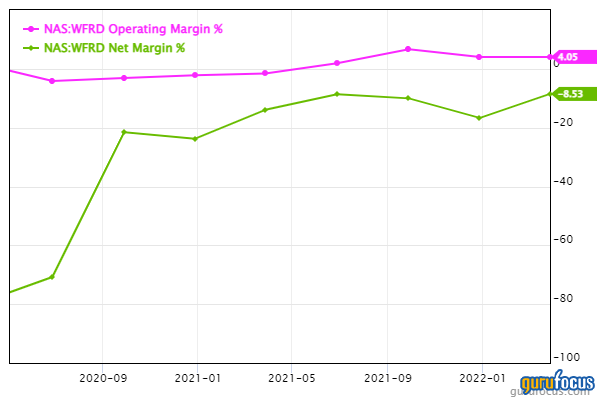 The firm upped its stake in Kyndryl Holdings Inc. ( 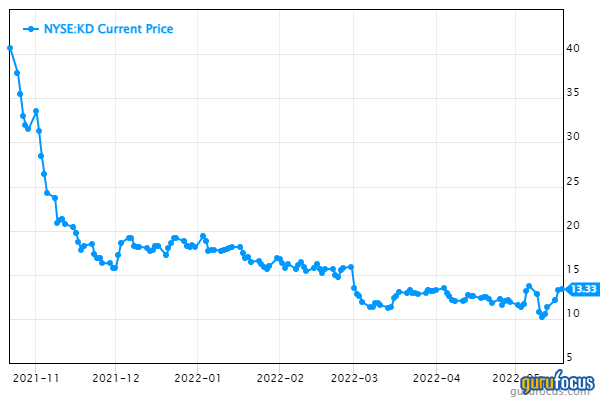 The company has a GuruFocus financial strength rating of 5 out of 10 and a profitability rating of 2 out of 10. The cash-debt ratio of 0.47 and Altman Z-Score of 1.16 show the balance sheet could be in better shape. The return on equity of -33.94% and return on assets of -6.93% show the company is not yet profitable. 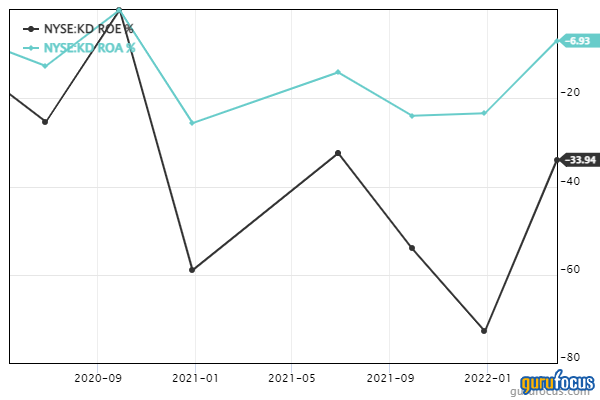 The firm picked up a 1,023,000-share investment in International Seaways Inc. (

INSW, Financial), giving the stock a 1.17% weighting in the equity portfolio. Shares traded for an average price of $16.20 each during the quarter.

International Seaways is one of the world’s largest tanker companies, providing transportation services for crude oil and petroleum products in International Flag markets. It has its headquarters in New York and operates a fleet of 84 vessels.

On May 18, shares of International Seaways traded around $23.26 for a market cap of $1.16 billion. According to the GuruFocus Value chart, the stock is significantly overvalued. 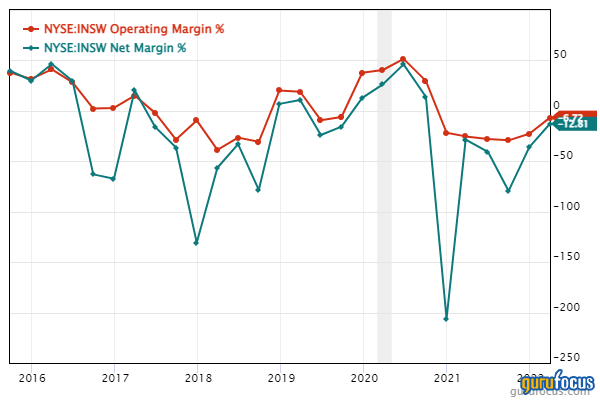 As of the quarter’s end, Greenlight Capital held common shares of 52 stocks valued at a total of $1.57 billion. The turnover for the quarter was 13%.

By sector, the firm was most invested in consumer cyclical stocks, followed by financial services and basic materials.