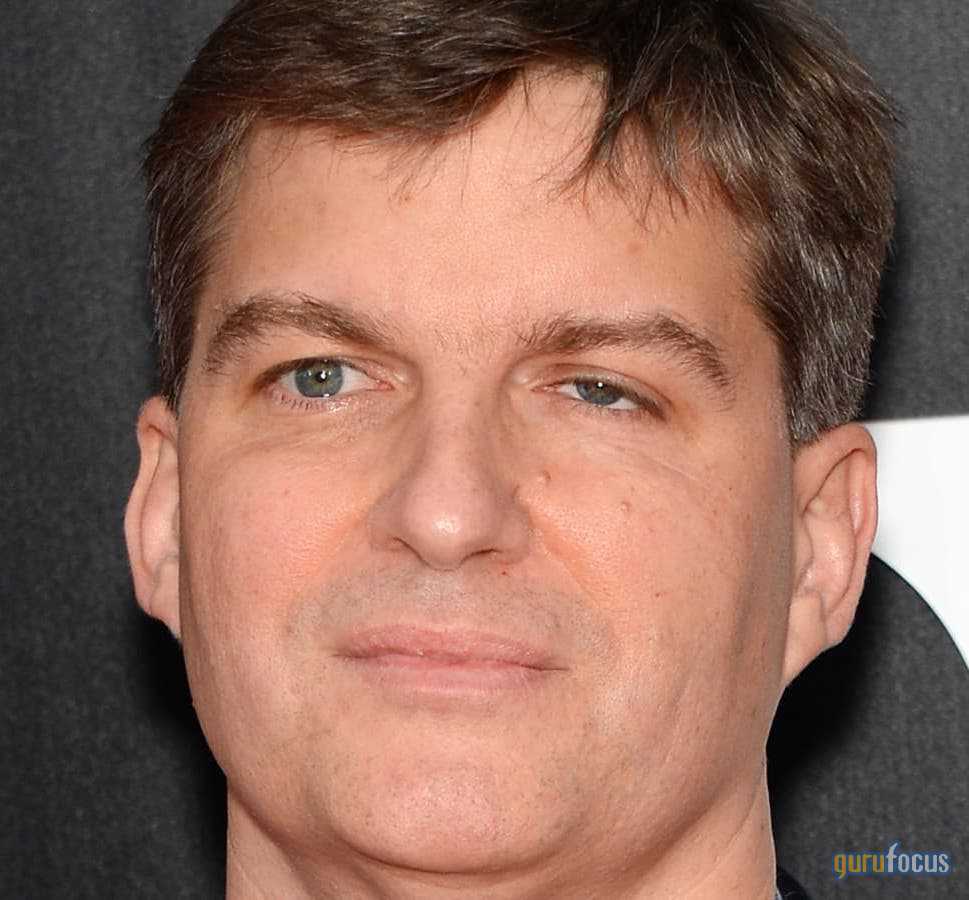 Micheal Burry is a legendary hedge fund manager that is perhaps most famous for predicting the housing crash of 2008. This was popularized by the blockbuster book and movie “The Big Short.”

Burry has recently made another big short, purchasing put options against Apple Inc. (

AAPL, Financial) equating to 206,000 shares in the first quarter of 2022 according to a 13F filing with the Securities and Exchanges Commission (SEC).

Apple's share price increased by a staggering 204% from the March lows in 2020 to the all-time highs in March 2022. Since then, the stock has corrected down by 19%, so it seems Burry is seeing some early confirmation of his bearish thesis. Let's take a closer look to see if Apple is truly undervalued, or if Burry is in for a nasty surprise. 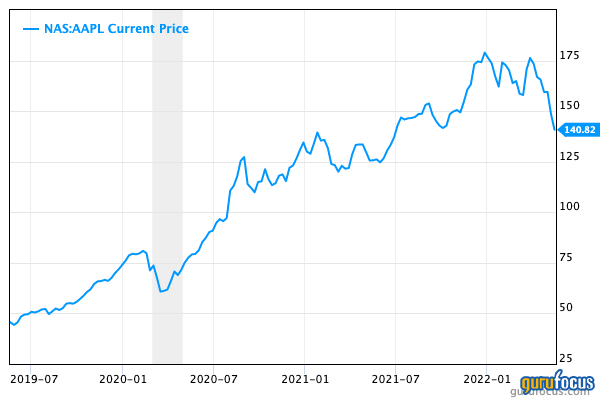 Apple is one of the world’s largest and most valuable technology companies. Founded by the late Steve Jobs, their brand is known for innovating and being best in class when it comes to design. Today, the company’s products range from the flagship Mac computers, to iPhones, iPads, Airpods, Apple Watches, Apple TV, Apple Music and much more.

The beauty of Apple’s business is they have true “pricing power,” and it is no secret their products are usually priced higher than most competitors because consumers know they can expect better quality. People are willing to pay more for the Apple brand, which puts this company in a good position relative to peers as we move into a high inflation environment.

The company has also been focusing on vertical integration. A few years back, they cut ties with Intel (

INTC, Financial) and have been designing their own chips such as the Apple M1.

An Apple Car has even been announced as well, which Reuters believes could start production by 2024. It is also rumored they are in talks with Toyota (

TM, Financial) for production of the vehicles, which would make sense given Apple doesn’t have any prior automotive manufacturing capabilities.

The company saw strong performance in the Apple Services segment, which produced $19.8 billion in revenue, up a rapid 17.1% from $16.9 billion in the quarter ended March 2021. The Apple Services segment includes Advertising, AppleCare, Digital Content, Cloud and Payments. This segment has approximately double the gross margin (72.6%) when compared to the hardware segment (36.4%), and thus, higher growth here is fantastic news for Apple overall. 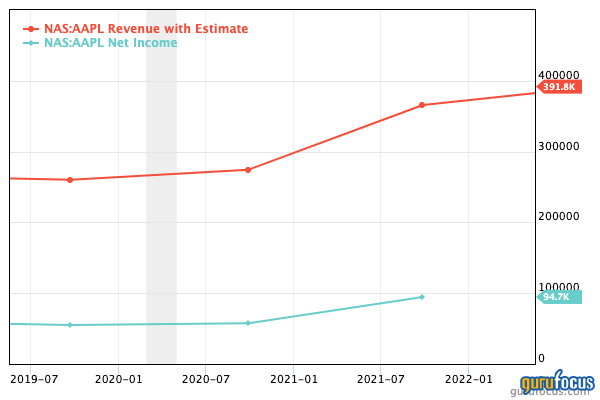 XKRX:005930, Financial), though it should be noted Samsung has many other types of businesses that Apple is not involved in. This is a testament to Apple's strong pricing power and brand. They don’t have to compete on price as strongly when compared to other companies. 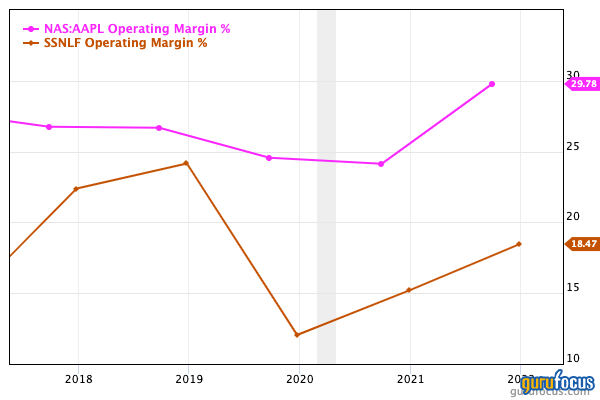 In terms of smartphone market share, Apple and Samsung have been neck and neck for a while. Apple was ahead as of the fourth quarter of 2021 following the launch of their iPhone 13, while Samsung overtook by the first quarter thanks to their new S22 plus. They each have approximately 20% of the global smartphone market share.

Apple TV+ increased their market share to 5% in the fourth quarter of 2021, up from just 3% in 2020. This eats into the market share of the likes of Netflix (

As of March 2022, Apple reported $28 billion in cash and $23 billion in marketable securities compared with $9.6 billion in current term debt and $6.9 billion in commercial paper. This gives the company a current ratio of 0.93. Ideally, I would like to see at least a current ratio of 1, but I don’t believe this is an issue for such an established company with great cash flow. Apple currently pays a dividend yield of 0.65%, which is an added bonus. 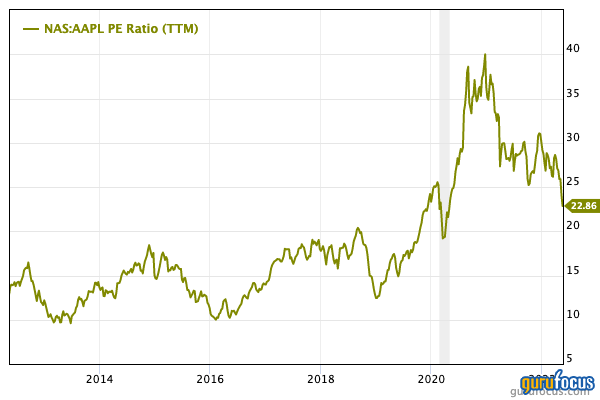 Apple also trades at an enterprise-value-to-Ebitda ratio of 17.6, which is cheaper than the prior two years but slightly above pre-pandemic levels. Overall I would conclude that this means the stock is fairly priced. 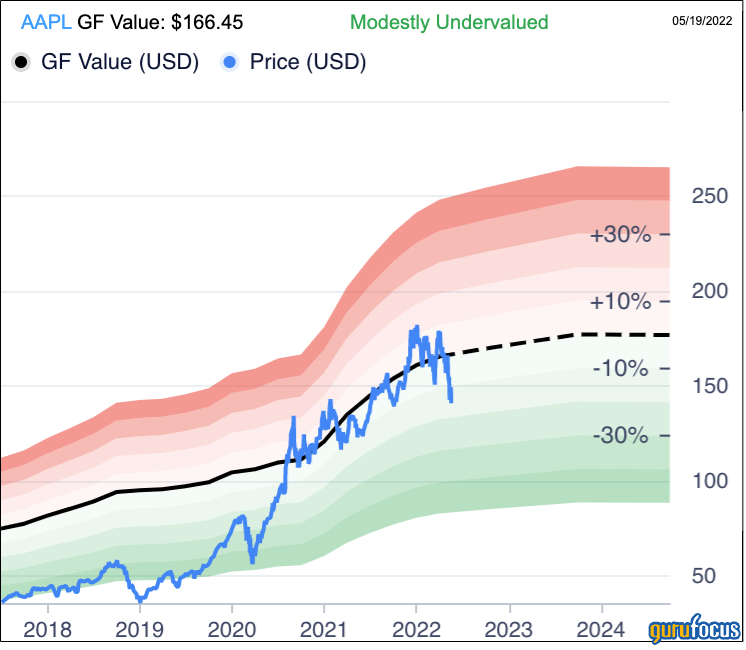 Overall, I believe Apple's stock is trading close to its fair value and is possibly even a little on the cheap side after the recent pullback in share price. Thus, while Burry's Apple short has paid off in the first quarter, I don't think there's much downside potential left aside from broader market movements that have nothing to do with Apple itself.