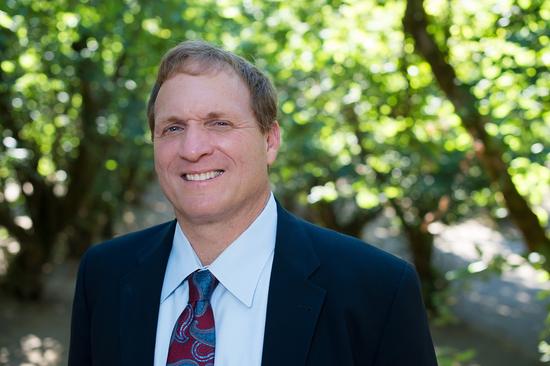 The guru’s Oregon-based firm seeks to invest in “compelling, undervalued” companies that have, among other attributes, strong or improving fundamentals, consistent operating results, a significant competitive advantage, understandable products and a demonstrated ability to earn a high return on capital.

In his quarterly commentary, Auxier discussed the effects inflation, higher interest rates and the Russia-Ukraine war are having on the market, noting that during these periods, “markets tend to be rangebound.” He wrote:

“Higher rates and tighter money provide a great backdrop for bargain hunting in the markets. I remember buying bargains in 1994 as rates rose 3%. That set up three very solid years for the market exceeding 25% a year. In 1987 interest rates rose from 7 to 10% but the market rose over 35% on strong earnings before crashing. No recession followed that rate increase. A market like we are seeing this year reinforces our focus on buying enduring businesses with sticky demand, recurring revenues and strong pricing power. In this environment, knowing what you own and what it is worth is more important than ever as the market is punishing the grossly overpriced and shaky business models. To survive and enjoy the potential for the power of compounding it is so important to avoid the torpedo stocks. These are highly valued, high expectation companies that disappoint, crash and torpedo the portfolio. Rising interest rate cycles are relatively rare but tend to lead to greater volatility and misappraisals. We believe this is a favorable backdrop to buy the best businesses at undervalued prices needed to seek double and triple play returns.”

Keeping these considerations in mind, Auxier established five new positions during the three-month period ended March 31, sold out of seven stocks and added to or trimmed a slew of other existing holdings. Among the most notable trades was the divestment of Cerner Corp. (

Investors should be aware that the 13F filings do not give a complete picture of a firm’s holdings as the reports only include its positions in U.S. stocks and American depository receipts, but the reports can still provide valuable information. Further, the reports only reflect trades and holdings as of the most-recent portfolio filing date, which may or may not be held by the reporting firm today or even when this article was published.

CERN, Financial), impacting the equity portfolio by -1.07%. The stock traded for an average price of $92.54 per share during the quarter.

GuruFocus estimates he gained 62.09% on the investment since establishing it in the fourth quarter of 2016.

The Kansas City, Missouri-based health care information technology company has a $27.61 billion market cap; its shares were trading around $93.92 on Thursday with a price-earnings ratio of 47.17, a price-book ratio of 7.06 and a price-sales ratio of 4.83. 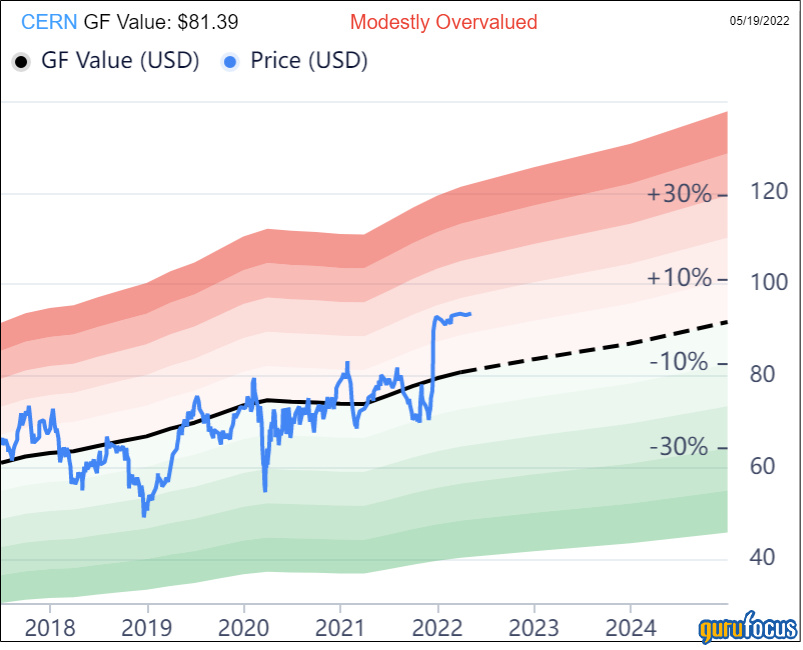 GuruFocus rated Cerner’s financial strength 7 out of 10. While the high Altman Z-Score of 7.38 indicates the company is in good standing, value creation is also occurring since the return on invested capital overshadows the weighted average cost of capital.

The company’s profitability scored an 8 out of 10 rating. Although the operating margin is in decline, returns on equity, assets and capital outperform over half of its competitors. Cerner also has a moderate Piotroski F-Score of 5 out of 9, meaning conditions are typical for a stable company. Despite having consistent earnings and revenue growth, the predictability rank of three out of five stars is on watch. According to GuruFocus, companies with this rank return an average of 8.2% annually over a 10-year period.

Of the gurus invested in Cerner,

Impacting the equity portfolio by -0.15%, the investor curbed his Becton, Dickinson (

He now holds 13,345 shares total, which represent 0.53% of the equity portfolio. GuruFocus data shows Auxier has gained an estimated 170.49% on the investment since establishing it in the first quarter of 2012.

Commonly known as BD, the health care company headquartered in Franklin Lakes, New Jersey, which manufactures medical devices, instrument systems and reagents, has a market cap of $70.76 billion; its shares were trading around $248.08 on Thursday with a price-earnings ratio of 39.16, a price-book ratio of 2.89 and a price-sales ratio of 3.59. 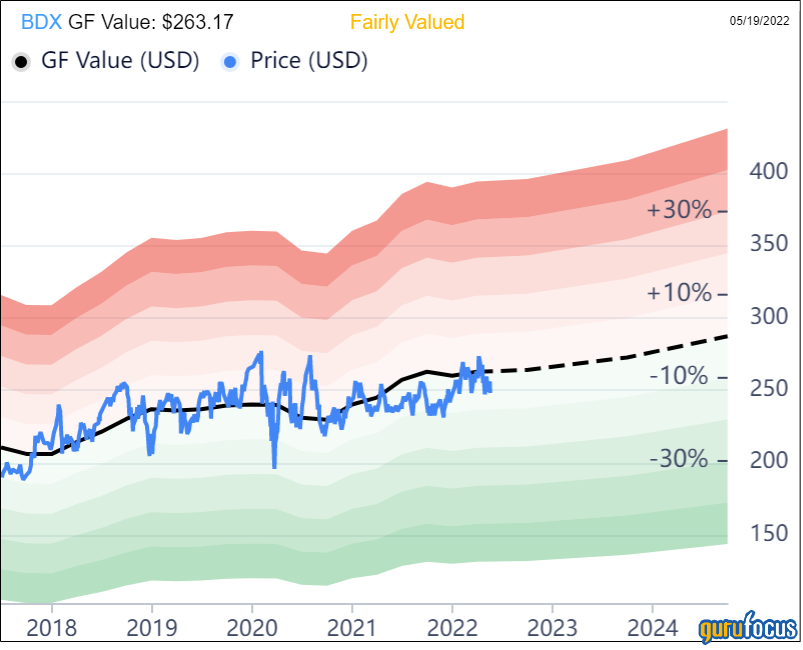 BD’s financial strength was rated 5 out of 10 by GuruFocus. Despite adequate interest coverage, the company’s Altman Z-Score of 2.38 indicates it is under pressure as a result of assets building up at a faster rate than revenue is growing. The ROIC also slightly exceeds the WACC, indicating value is being created.

Despite having a declining operating margin, the company’s profitability scored an 8 out of 10 rating. BD has strong returns that outperform over half of its industry peers, as well as a high Piotroski F-Score of 7, meaning business conditions are healthy. As a result of steady earnings and revenue growth, it also has a three-star predictability rank.

He now holds 46,614 shares total, which make up 3.63% of the equity portfolio and is now the third-largest holding. GuruFocus says Auxier has gained an estimated 416.13% on the investment so far.

The Indianapolis-based health insurance company has a $114.96 billion market cap; its shares were trading around $477.99 on Thursday with a price-earnings ratio of 18.77, a price-book ratio of 3.18 and a price-sales ratio of 0.80. 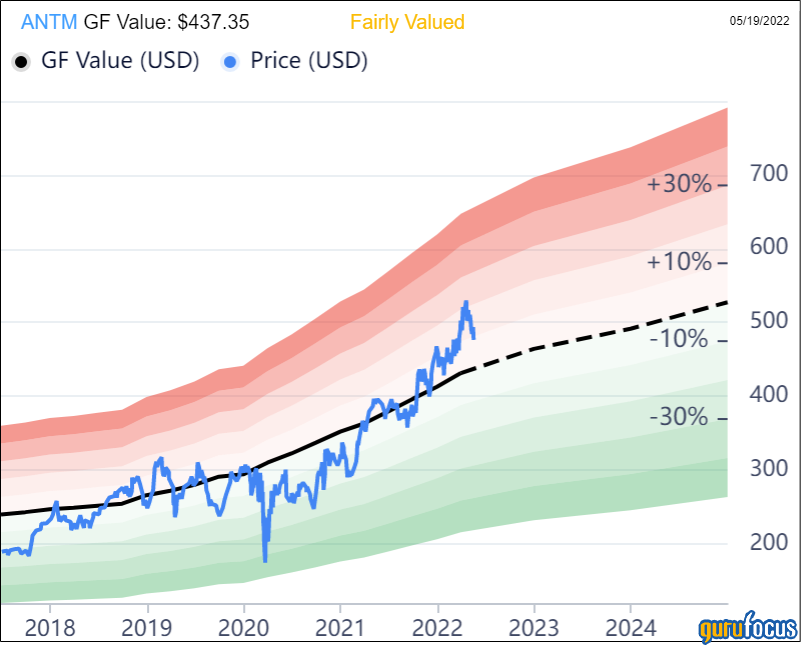 GuruFocus rated Anthem’s financial strength 6 out of 10. Although the company has issued new long-term debt over the past several years, it is still at a manageable level due to sufficient interest coverage. The ROIC also eclipses the WACC, so value is being created.

The company’s profitability fared even better, scoring a 9 out of 10 rating on the back of margins and returns that top a majority of competitors. Anthem also has a high Piotroski F-Score of 8, while consistent earnings and revenue growth contributed to a five-star predictability rank. GuruFocus data shows companies with this rank return, on average, 12.1% annually.

With an impact of -0.08% on the equity portfolio, the guru reduced his Johnson & Johnson (

Auxier now holds 80,421 shares total, giving it ­2.26% space in the equity portfolio. GuruFocus data shows he has gained an estimated 136.58% on the long-held investment, which is now his ninth-largest position.

The health care conglomerate, which is headquartered in New Brunswick, New Jersey, has a market cap of $456.37 billion; its shares were trading around $173.48 on Thursday with a price-earnings ratio of 23.37, a price-book ratio of 6.11 and a price-sales ratio of 4.88. 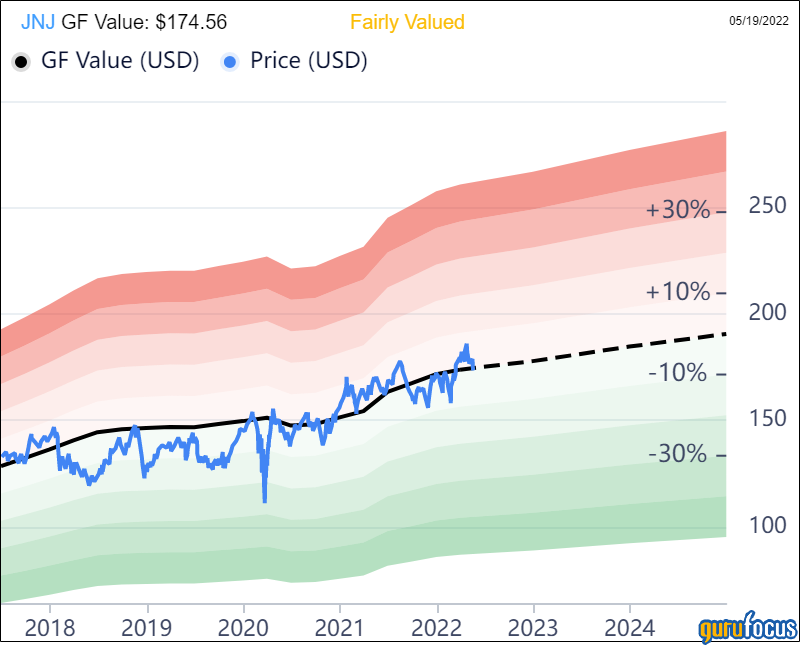 Johnson & Johnson’s financial strength was rated 7 out of 10 by GuruFocus. Despite issuing new long-term debt over the past several years, it is at a manageable level due to comfortable interest coverage. It also has a high Altman Z-Score of 4.69, indicating the company is in good standing even though assets are building up at a faster rate than revenue is growing. The ROIC also surpasses the WACC, suggesting good value creation is occurring.

Although it has a declining operating margin, the company’s profitability scored a 9 out of 10 rating on the back of strong returns that outperform a majority of industry peers. Johnson & Johnson also has a high Piotroski F-Score of 9, while steady earnings and revenue growth contributed to a three-star predictability rank.

Of the gurus invested in Johnson & Johnson, Dalio has the largest stake with 0.17% of its outstanding shares.

Auxier now holds 120,829 shares, accounting for 5.91% of the equity portfolio and his second-largest position. He has gained approximately 472.34% on the long-held investment based on GuruFocus data. 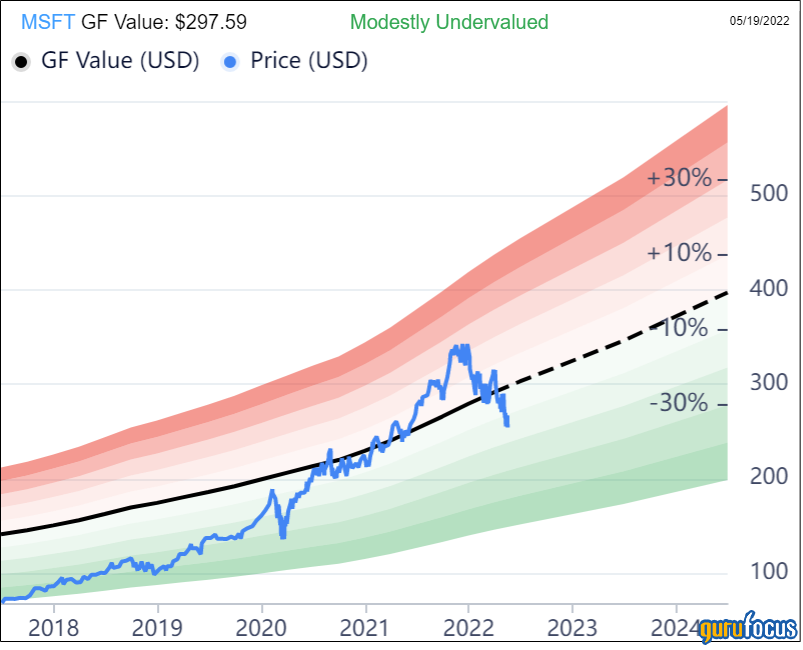 GuruFocus rated Microsoft’s financial strength 8 out of on the back of adequate interest coverage and a robust Altman Z-Score of 8.24, suggesting it is in good shape even though assets are building up at a faster rate than revenue is growing. The ROIC significantly outshines the WACC, indicating good value creation is occurring.

The company’s profitability fared even better with a 10 out of 10 rating, driven by an expanding operating margin, strong returns that outperform a majority of competitors and a high Piotroski F-Score of 8. Having recorded consistent earnings and revenue growth, Microsoft also has a 2.5-star predictability rank. GuruFocus research found companies with this rank return 7.3% on average annually.

Other notable trades Auxier made during the quarter included the establishment of small positions in Stanley Black & Decker Inc. (

Over half of the guru’s $630 million equity portfolio, which is composed of 171 stocks, is invested in the health care, financial services and consumer defensive sectors.