The company is still in danger amid cyclical headwinds 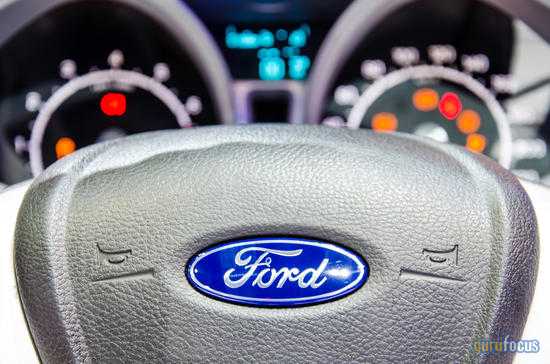 F, Financial) stock will revert to its January highs. His argument is industry-specific as he states that "Ford will continue to benefit from its leading position in full-size pickup trucks and SUVs, the ongoing execution of its long-term EV production and battery technology development plans, and the successful acceleration of the introduction and production of several new EV models."

He also added that "the ongoing introduction of new products and increasing integration of advanced technologies should also drive multiple expansion and increased valuation as the stock market starts to attribute valuations afforded by startup and early-stage EV companies to a company that is already one of the world's leading automobile producers."

He raised the price target on the stock to $22 from $20, while maintaining a buy rating.

Feinseth's argument is very detailed. However, he fails to consider the market forces that drive marked asset prices. First of all, Ford's facing issues from the supply side as the scaricity of semiconductor chips is increasing, with time to delivery now standing at 26.6 weeks. Additionally, ferrous metals prices remain elevated, and the resilience of wage demands could also pose a threat to its operations.

Furthermore, demand-side economic support could erode soon. The yield curve suggests interest rates are likely to rise abruptly in the near term, subsequently eroding the purchasing power of the consumer base. In addition, rising yield curves indicate the volatility index is likely to garner support, which is terrible news for cyclical companies such as automakers.

Ford's non-GAAP price-earnings ratio is trading at a 37.03% surplus to its normalized five-year average, suggesting the stock's earnings per share value has been overhyped by the market.

Also, the company's return on equity ratio of -26.61%, combined with its annual free cash flow decrease of more than 51%, means the stock's intrinsic value has eroded. Thus, a recent downturn in the share price is justified.

Lastly, Ford is on a downward spiral as its trading below its 10-, 50-, 100- and 200-day moving averages. This indicates the company's momentum pattern is slowing down.

Tigress Financial is one of many on Wall Street that believe Ford's stock will recover soon. However, key metrics and the economic cycles do not provide substance to the claim. In fact, the stock could draw down even further amid a bear market.