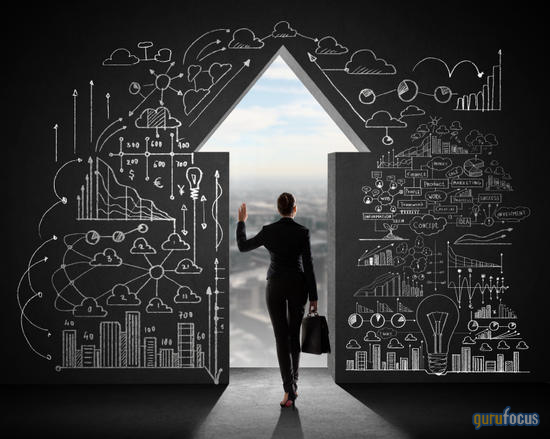 The changes we’ve seen over the past 15 years have been unprecedented. We began with the global financial crisis, saw the maturation of China as an economy, and then experienced a global pandemic. And these changes, in our opinion, are more an anomaly than a normal backdrop to which we can expect to revert.

So, we’ve shifted from thinking the future might look similar to the past to thinking it might look quite different. Here’s what we think it means for our investment outlook.

Where We’ve Been—And Where We’re Going

The last two years have been unique in many ways. The nature of the economic cycle has been exacerbated, originally due to the COVID pandemic in which we experienced an extreme closing, then reopening, of the global economy, and also saw unprecedented liquidity. Then Russia invaded Ukraine, setting in motion another cycle of volatility in the economy and markets. It has been an anomalous environment, to say the least.

In previous blog posts in this series, my colleagues Olga Bitel and Casey Preyss discussed how these events have influenced the economy and stock markets. Olga explained how our assessment of a post-pandemic world has changed based on Russia’s invasion of Ukraine, and what the implications are of this for our outlook on economic growth, inflation, and interest rates. And Casey provided a deeper dive into emerging markets, given their importance in the global investing landscape.

Now I’d like to attempt to answer the question of what the future is going to look like. How similar will the next three or five years look from the years that immediately preceded the pandemic? And what are the implications for us as global equity investors?

We have shifted from thinking the future might look similar to the past to thinking it might look quite different. And to frame our thinking around this shift, we look at the world through two lenses.

Where Is the Growth?

We begin by thinking thematically. Where do we expect shifts in corporate profit growth? How will it be different, or similar, to what it has been in the past? How will it evolve? And to answer those questions we start with what is occurring in the real economy, to which there are a number of elements.

Consider localization—the onshoring or nearshoring of supply chains, also referred to as slowbalization. Then there is the maturation of China. We have also seen an accelerated energy transition that has highlighted energy security and created implications for infrastructure and commodities. What are the consequences of these shifts?

One thing that has not changed is the ongoing shift toward digitalization. We continue to expect this shift across myriad industries, ultimately accelerating in the industrial side of the economy. Think about what 4G did for the consumer side of the economy, and then you can begin to understand what 5G could do for industrials, healthcare, and other sectors.

In addition, the last decade has seen a unique concentration of winners—a narrowing of the haves versus the have-nots both in the real economy and the stock market. That’s true not just for individual companies but for entire industries. We could see this trend shift back to something more balanced, similar to what we have seen in decades prior.

Where Are the Profits?

The second lens through which we view the changing landscape is the investment backdrop: changes in corporate growth and profits, and how these changes are affecting the environment for investing.

As Olga explained, we expect continued low growth with the risk of stickier inflation, and thus higher rates. That’s not to say we expect a high-rate environment; we think we will see more of a renormalization to prior long-term rate levels. That implies a classic tightening cycle and a lower-liquidity environment. Of course, that shift is coming at a risky time, given the potential for low growth that we have identified for this period.

It certainly makes for an interesting decade or two, but as noted above, we believe that the past decade may have been more of an anomaly than a normal backdrop to which we should expect to revert. We don’t expect anything like the hyperinflation and stagflation we experienced in the 1970s; our outlook suggests a reversion to something more like a longer-term median of the past several decades.

That certainly has implications for the valuation of risk assets. There are likely to be more headwinds for equities in the future. The premium for the best companies is unlikely to be diminished, but it could contract slightly given the extension of that premium we saw in the years prior to the pandemic (which was exacerbated during the pandemic itself).

In the near term, I think the markets will favor visibility of growth and relative changes to growth rather than the maximization of growth. So, what we can see, and have some confidence in, is likely to be rewarded in this environment, in our opinion. We also like companies that can manage input costs and have pricing power in this difficult environment with inflation that is unprecedented in recent decades.

Over the long term, we like companies that fit into this notion of a shifting opportunity set—industries that haven’t experienced much growth recently but could benefit from the environment we’re in. Examples include banks and natural resource companies in different parts of the world.

Last, as we look around the world and assess the valuation embedded in expectations, the United States is clearly the most expensive market, but the growth outlook there is higher and more visible than it is in the rest of the world. Thus, I think U.S. equities are compelling. Casey also mentioned that emerging markets are cheap, but the shifting opportunity set there speaks to the need for active management.

In other developed markets, it’s a bit of a mixed picture. Growth in Europe, for example, is at risk due to higher energy prices, and that risk is likely to persist even when the Ukraine conflict ends. And we don’t necessarily see that fully priced into European equities.

All of these dynamics sound like they would merge to create a potential headwind for us as growth investors, but there are a number of things that haven’t changed, which we, as active managers, may be able to use to gain a competitive advantage.

First, the innovation and disruption cycle hasn’t changed—arguably, it has even accelerated. We have continued to see a dynamic shifting of corporate winners and losers. And the durability or improvements in corporate competitive advantage remain underappreciated. These aspects are very much the focus of active growth investors like us as we try to predict the future.

The precise value of those advantages will need to be recalibrated slightly, but understanding companies that truly have differentiated, durable competitive advantages that are likely to persist into the future will remain the core of great growth investing, in my opinion.

Last, we have the advantage of breadth. Our investment eligibility list has always been inclusive of high-quality, high-growth, and high-return companies across industries and within industries. It will be exciting, over the next several years, to turn over more rocks and seek to uncover those growth opportunities.

We’re actually looking forward to an environment in which we might see more diversity of growth, as we think we’re well suited to find that because we have the ability to seek growth everywhere.

Ken McAtamney, partner, is the head of the global equity team and a portfolio manager for William Blair’s International Growth, Global Leaders, and International Leaders strategies.