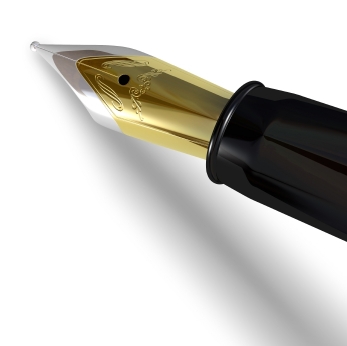 After being under pressure in Q4, the stocks of so-called legacy media stocks rebounded in Q1 ’22 as investors gained appreciation for their strategies of harvesting near-term cash flow to pivot to direct-to-consumer models. Paramount Global (

PARA, Financial), formerly known as ViacomCBS (+22%, 6.6% of net assets as of March 31, 2022), Grupo Televisa (+25%, 1.9%), Discovery Communications (DISCK, Financial) (+9%, 1.4%) and AMC Networks all demonstrated progress in that regard with Discovery closing its combination with Warner Bros. in April. Despite a nascent COVID wave, Madison Square Garden Entertainment (MSGE, Financial) (+18%, 2.2%) was strong as concert bookings exceed 2019 levels and the company moves closer to opening the Sphere in Las Vegas. The Fund’s second largest position, gold miner Newmont Corp. (NEM, Financial) (+29%, 7.3%) benefited from the move to gold as a safe haven and a general preference for materials stocks.

SONY, Financial) (-19%, 6.5%) was the largest detractor from returns as concerns about Playstation’s competitive standing after Microsoft announced the acquisition of leading video game publisher Activision as well as a shortage of semiconductors weighed. Other detractors included Aerojet Rocketdyne (AJRD, Financial) (-16%. 2.4%), whose merger with Lockheed Martin was blocked by the FTC, Genuine Parts (GPC, Financial) (-9%, 3.0%), impacted by fears of an industrial slowdown, and Liberty Broadband (LBRDA, Financial) (-16%, 1.5%) where its 26%-owned Charter Communications continues to be plagued by fears of a deceleration in the broadband business driven by new wireless and fiber competition.

AXP, Financial) (5.3% of net assets as of March 31, 2022) (AXP – $187.00 – NYSE) is the largest closed loop credit card company in the world. The company operates its eponymous premiere branded payment network and lends to its largely affluent customer base. As of March 31, American Express has 126 million cards in force and nearly $80 billion in loans. The company’s strong consumer brand has allowed American Express to enter the deposit gathering market as an alternate source of funding, while the company’s affluent customers have picked up spending. Longer term, American Express should capitalize on its higher spending customer base especially with Millennials and continue to expand into other payment related businesses, such as corporate purchasing, while also growing in emerging markets. Similarly, the company is looking at the growing success of social media as an opportunity to expand its product base and payment options.

CR, Financial) (2.8%) (CR – $108.28 – NYSE), based in Stamford, Connecticut, is a diversified manufacturer of highly engineeredindustrial products comprised of three business segments: Aerospace & Electronics, Process Flow Technologies, and Payments & Merchandising Technologies with over 11,000 employees across 34 countries. The company recently announced it will separate into two independent companies where the Payment and Merchandising Technologies business will become “Crane NXT” and the Aerospace & Electronics and Process Flow Technologies business retain the Crane Co. name.

TV, Financial) (2.2%) (TV – $11.70 – NYSE) is Mexico’s largest cable broadband provider and satellite distribution (through its58.7% ownership of Sky Mexico). In early 2022, Televisa merged its content production and distribution business into U.S.-based Univision in exchange for a 45% stake in the new company. With a dominant position in Spanish language content, Televisa-Univision is poised to launch a streaming service addressing 600 million Spanish speakers around the world. Meanwhile, Televisa is increasing their investment in Mexican broadband where penetration of 60% lags the U.S. We expect the continued recovery in post-COVID Mexican advertising spending as well as growth in pay-TV and broadband penetration to benefit Televisa over time.

NFG, Financial) (3.2%) (NFG – $68.70 – NYSE), based in Williamsville, New York, is a gas and pipeline utility with a growing exploration and production business. The gas utility serves 750,000 customers in Buffalo, New York and Erie and Sharon, Pennsylvania. The pipeline & storage (P&S) business operates 3,000 miles of pipe and 34 storage facilities primarily in the state of NY. The E&P business, Seneca Resources, operates in California and Appalachia (owns 1.2 million net acres), primarily the Marcellus and Utica shales. Seneca’s total proved gas and oil reserves at year-end FY 2021 were 3,853 Bcfe, an increase of 395 Bcfe, or 11%, from FY 2020. The proved reserves base is approximately 97% natural gas and 3% oil. The significant long-term value of the Marcellus/Utica acreage is further enhanced by the rise in natural prices. In 2021-22, higher spot and future oil and gas prices are expect to result in growing free cash flow over the next few years.