India is a developing country with young demographics which is expected to experience high growth in the decades ahead. Fairfax India is a good way for those without experience in this market to participate in India's growth with the help of an experienced investing team led by a seasoned value investor.

Fairfax India (FIH) is an investment holding company whose objective is to achieve long-term capital appreciation while preserving capital by investing in public and private equity securities and debt instruments in India and Indian businesses.

Below is an overview of Fairfax India's investments. From the table below, we can see Fairfax India shows a compounded annualized return of 19.3% on book value since inception. 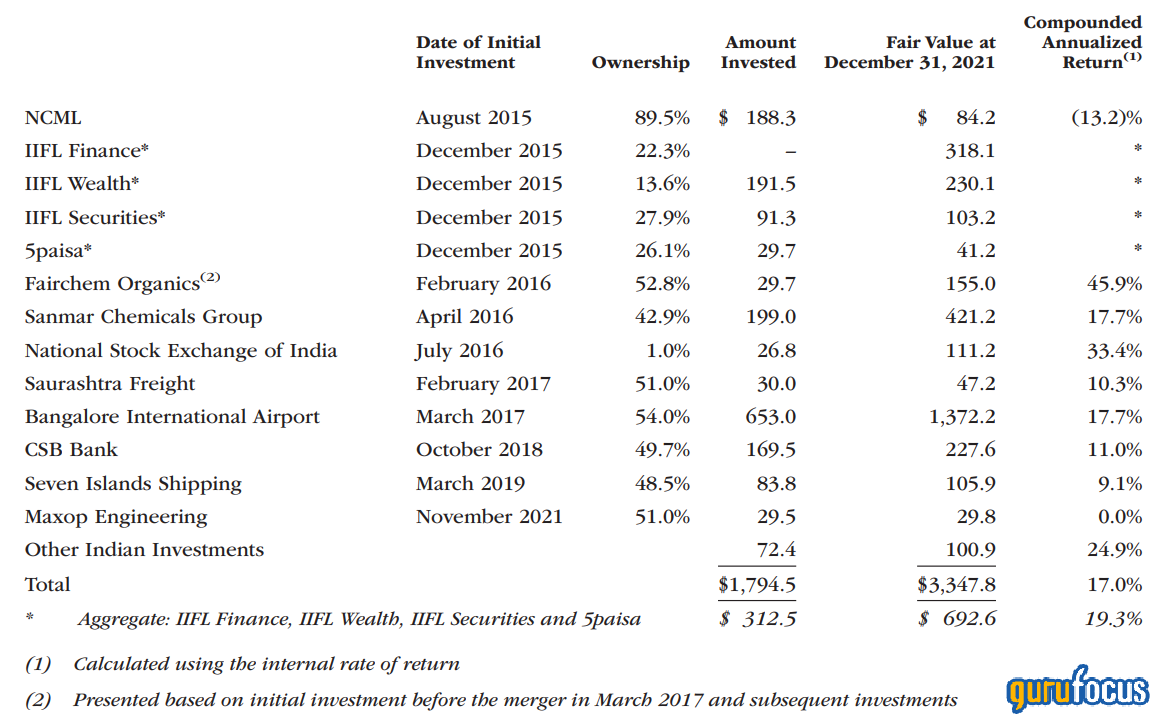 Prem Watsa (Trades, Portfolio) had the following to say about Fairfax India in his 2022 letter to investors:

Currently Fairfax India's stock is trading at just 56% of its tangible book value, so at least on paper, it looks very undervalued. 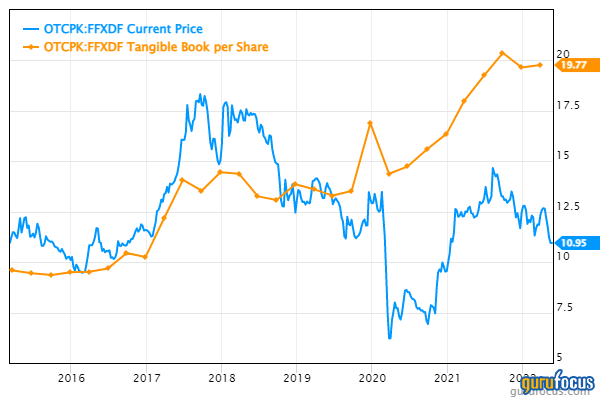 The balance sheet is straightforward. The company uses a small amount of leverage, but otherwise appears conservatively financed. 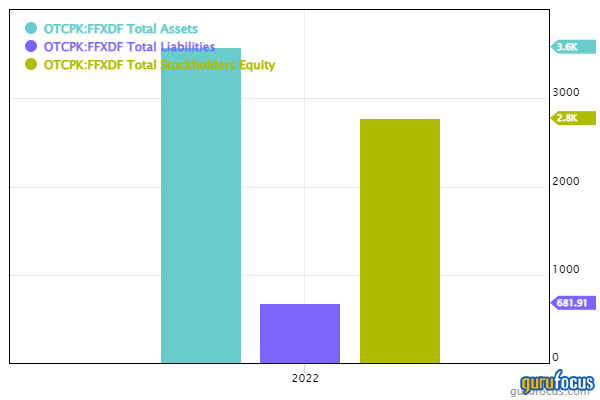 Fairfax controls Fairfax India via multiple voting shares and also owns 30% of the total equity (economic interest). OMERS, a large pension fund based in Ontario, Canada, is the largest non-Fairfax stock holder with 14.61% of the subordinate voting shares.

While Fairfax India is an intriguing and highly undervalued name selling for 56% of its tangible book value, the high performance fee is a bit of a turnoff. One way to avoid the fees would be to hold the stock of Fairfax Financial (

TSX:FFH, Financial) itself. The downside of this approach is that Fairfax India is a just a small part of the much larger Fairfax enterprise.

India is likely to overtake Japan as Asia’s second-largest economy by 2030, when its GDP is also projected to surpass that of Germany and the U.K. to rank as the world’s third-largest after China and the U.S. Currently, India is the sixth-largest economy, behind the U.S., China, Japan, Germany and the U.K. India’s nominal GDP is forecast to rise from $2.7 trillion in 2021 to $8.4 trillion by 2030. The long-term outlook for the Indian economy is supported by a number of key growth drivers like its large and fast-growing middle class, which is helping to drive consumer spending, as well as its youthful demographics.