2 Stocks CEOs Have Been Buying

Insiders have been very interested in these stocks recently

CEOs set the vision for their companies. They are usually the most well-informed of major changes and the most in the know when it comes to their business trajectory.

While CEOs will naturally be forthcoming with positive comments about the companies they head, words are cheap, and the goal of such comments is to reassure investors and bring in more funding for the company. However, by watching insider transactions, we can observe a more accurate hint as to whether or not the CEO is optimistic about their company's prospects. A CEO buying shares of their own company can be a signal they believe the stock may be undervalued, though investors should note, this certainly isn't always the case.

Let’s dive into my top two favorite stocks that have recently been bought by their CEOs.

INTC, Financial) was founded in 1968 and went public in 1971. They have dominated the CPU landscape for decades and are still market leaders in the x86 CPU market with a 72.3% market share, according to Mercury Research.

Intel faced major headwinds from the production delays of their 7nm chip, which allowed Taiwan Semiconductor (

TSM, Financial) to leapfrog the company even more substantially.

In 2021, Intel announced a new strategy, IDM 2.0, to significantly expand its manufacturing capacity, become a chip foundry (i.e. one that produces chips for other companies) and be a strategic ally in providing chips to the U.S. and European markets. They recently announced the acquisition of Tower Semiconductor (

TSEM, Financial) as part of this strategy.

Intel’s share price has been volatile since 2017, reflecting the stagnation of growth, and the stock now trades at a similar level to five years back. 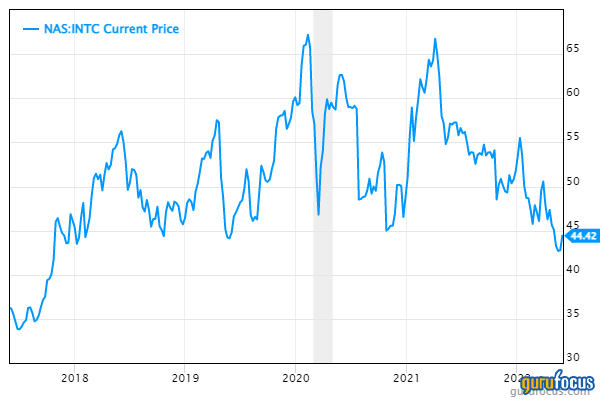 Intel is currently trading at price-earnings ratio of 7.38, which is the lowest valuation it's traded at in over a decade. 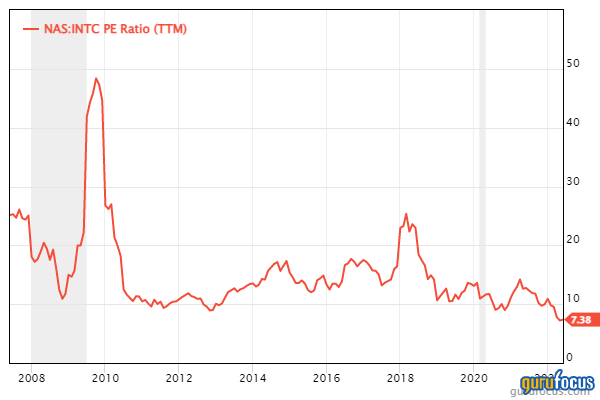 The GF Value line, a unique intrinsic value estimate from GuruFocus, rates the stock as modestly undervalued at the current levels. 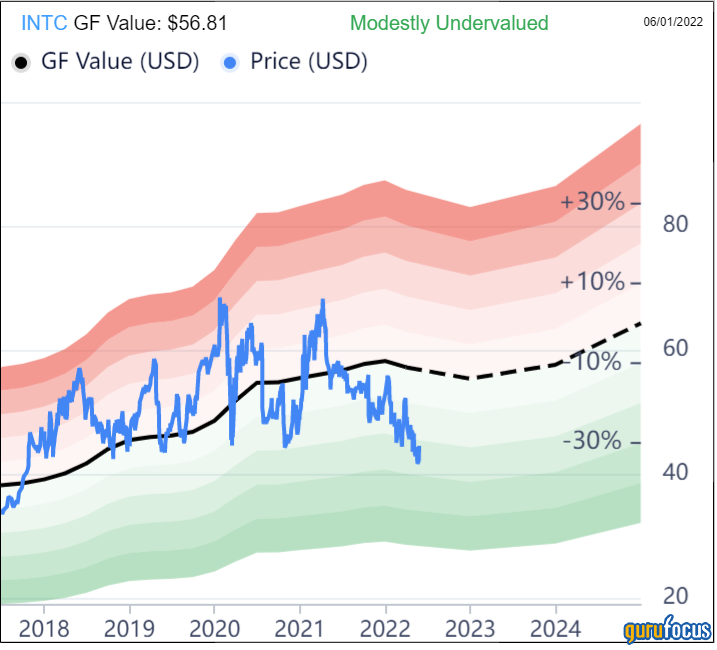 UBER, Financial) is the market leader in ride-hailing with a 69% market share in the U.S., according to data from Statista. The company has two main growth engines: the mobility (ride-hailing) business and the delivery business. These currently make up the vast majority of the company's gross bookings, which have grown from $59 billion in 2019 (mostly rides) to $103 billion by 2021, with delivery and rides showing similar bookings.

The stock price has gone the opposite direction of gross bookings, decreasing from an all-time high of $60/share to just $23/share at the time of writing. This is the lowest price the stock has traded since the Covid market crash. 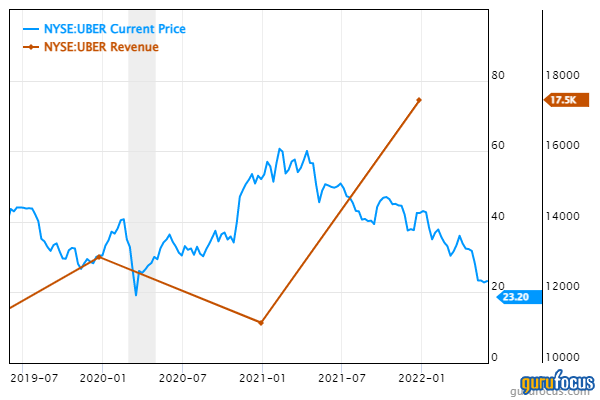 For the first quarter of 2022, Uber beat analyst expectations for revenue with $6.85 billion reported vs. $6.13 billion estimated, up a meteoric 135% year over year. This was driven by a major increase in the company’s mobility revenue, which came in at $2.5 billion, tripling year over year and beating analyst estimates.

However, Uber reported a loss per share of $3.03, which was steeper than the prior year. This was primarily driven by a $5.6 billion write off of investment losses of Uber’s stakes in Grab ( 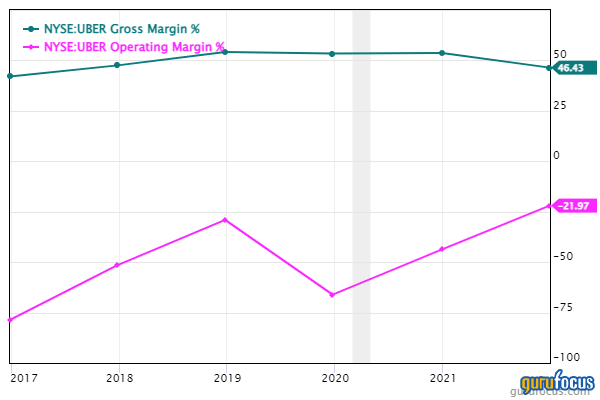 In terms of valuation, Uber trades at a price-sales ratio of 2, which is the lowest the stock has traded at since the pandemic crash of 2020. 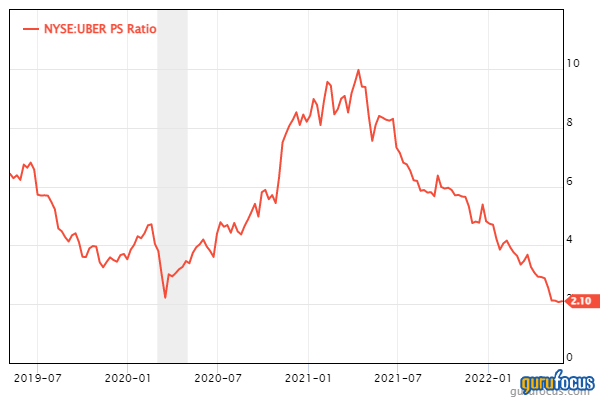 The GF Value line indicates the stock is undervalued but a possible value trap due to profitability deteriorating along with share price. 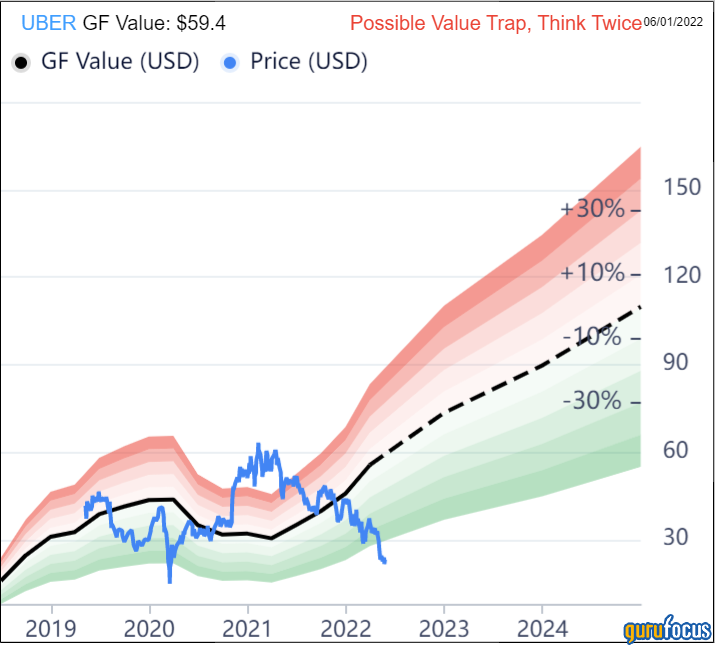