Molson Coors: After a Few Hard Years, Have a Cold One

The stock is in recovery mode

The process of making beer does not seem to be difficult as there is a never-ending stream of brands and entrepreneurs entering the market. The big problem is making beer at scale and distributing it efficiently.

TAP, Financial) went for scale and distrubution when Anheuser-Busch InBev (BUD, Financial) had to divest the MillerCoors joint venture business in North America when it acquired SABMiller in 2016.

To receive regulatory approval in the U.S., Anheuser-Busch gave up SABMiller's ownership of the Miller brands by selling its 58% stake in MillerCoors to Molson Coors for $12 billion. Previously, MillerCoors was owned by SABMiller and Denver-based Molson Coors in a joint venture. Molson Coors took on a large amount of debt to fund the acquisition.

After the acquisition, integration issues arose and then Covid-19 hit, driving the share price down. The debt and integration issues spooked the market as investors ran for the hills. Part of the problem was also the growing popularity of non-beer alcoholic beverages like Truly and White Claw among younger consumers as well as the increased adoption of craft beers.

The company is now putting these problems behind it as the pandemic recovery proceeds and it readjusts to the competitive threats. Profits magins are coming back and Molson Coors is rapidly deleveraging (the company has paid down about $5 billion in debt over the past six years). Dividends, which were cut to cope with the Covid-19 crisis, have now been reinstated and profitability is improving. As such, the company is on much more solid footing than it was three years ago. 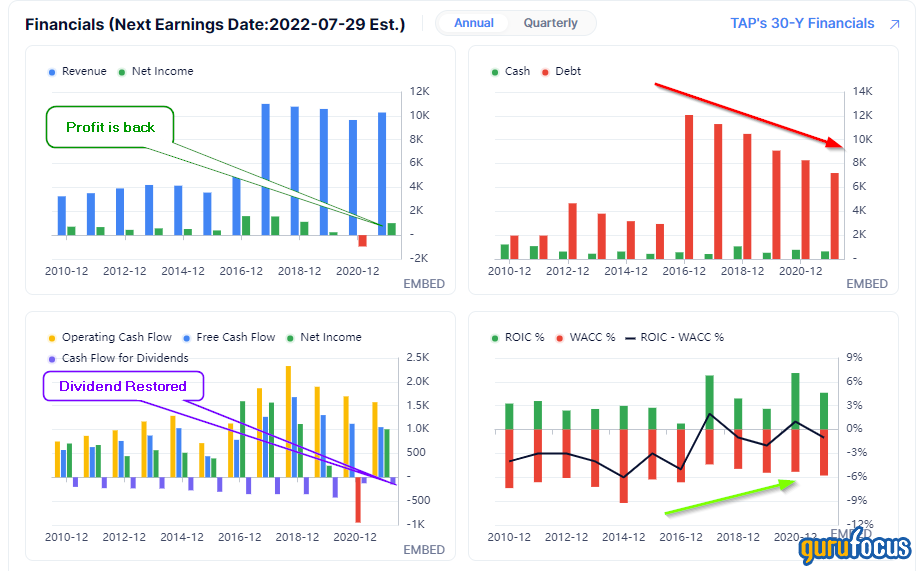 Additionally, Molson Coors' profit margins are almost back to the same levels as prior to the acquisition and the pandemic. 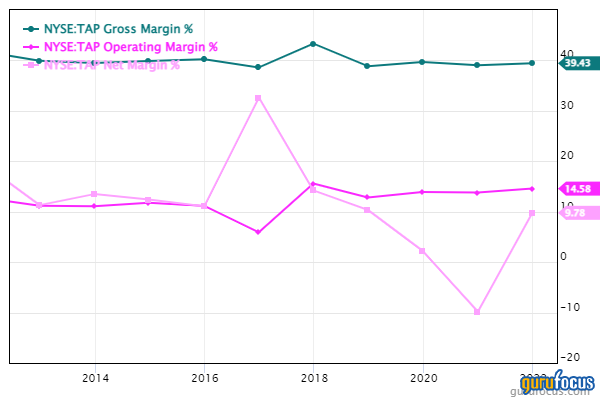 However, the share price has a long way to go to catch up with fundamentals. According to the justified price-sales ratio chart below, Molson Coors should be trading at over $100 and not at around $55, where it is now. 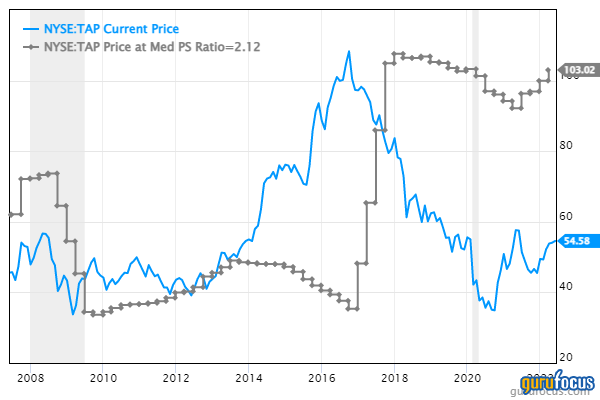 Regarding the enterprise value-Ebitda multiple in comparison to peers, the analysis provides a value of between $55 and $77 per share for a midpoint of $66 (21% upside). 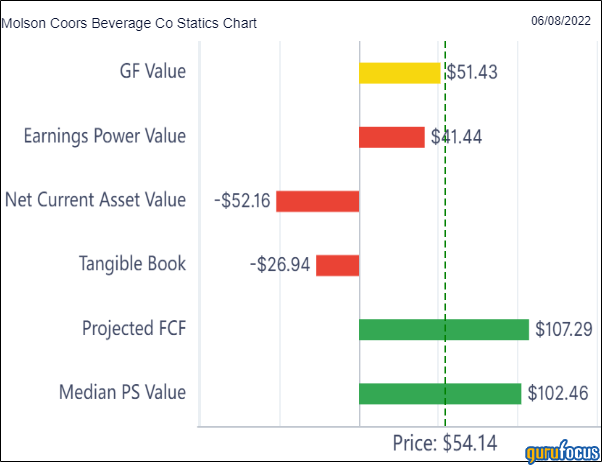 Overall, Molson Coors looks like it is on its way to a robust recovery. While the the stock is very cheap at its current levels, I think there is a lot of gas left in the tank to power the brewer to 20% to 40% gains in the medium term.