What Does Warren Buffett Like About This Brazilian Fintech?

StoneCo is a leading payments services provider in Brazil

Brazil is an emerging market economy, with one third of the population being unbanked and cash still making up nearly a quarter of payments, according to a study by JP Morgan (

JPM, Financial). This means fintech still has plenty of runway ahead for future growth in the country.

STNE, Financial) is the fourth-largest electronic payments provider in Brazil and has nearly 1.9 million customers. The company was founded in 2012 and had their IPO in 2018. At the time, Warren Buffett (Trades, Portfolio)'s Berkshire Hathaway (BRK.A, Financial)(BRK.B, Financial) surprised value investors around the world by initiating a position in the stock. Berkshire is now the largest shareholder in the company with 10.7 million shares, representing 3.47% of shares outstanding.

However, given the value of the position, it's more likely that the StoneCo holding was initiated by one of Buffett's portfolio managers, Todd Combs or Ted Weschler, rather than Buffett himself.

Moreover, Berkshire sold 3.5 million shares of the stock in the first quarter of 2021. This was optimal timing as the stock had started to slide and is now down 87% from the all-time highs reached in February 2021, but it does make one wonder, is Berkshire losing faith in the stock? 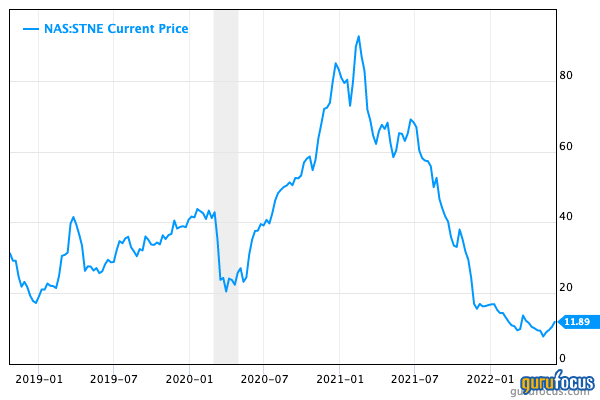 StoneCo is the fourth largest electronic payments provider in Brazil and helps small and medium-sized businesses (SMBs) enable electronic payments. Their mission is to be the “best financial operating system” for Brazilian merchants in addition to being the “best workflow tool” for merchants, helping them sell more products through their channels.

They have grown their banking client base from 237,000 to 510,000 year-over-year, and their insurance product is also starting to gain traction. 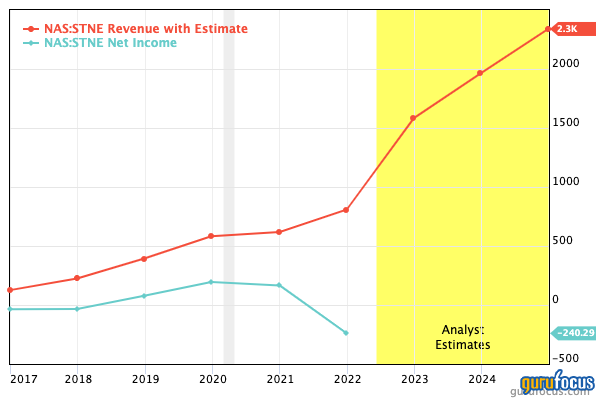 StoneCo recorded a 62.5% gross margin and a healthy 22% operating margin. The company’s margins have been declining since 2020 but are still healthy overall, given the average operating margin for the software industry is 22%. 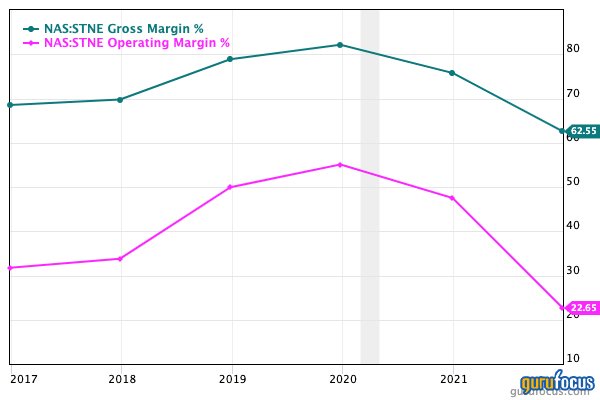 In terms of valuation, StoneCo trades at a price-sales ratio of 3.41. This is cheaper than fellow Brazilian fintech Nu Holdings (

NU, Financial), which trades at a price-sales ratio of 15 and is also a holding of Berkshire. 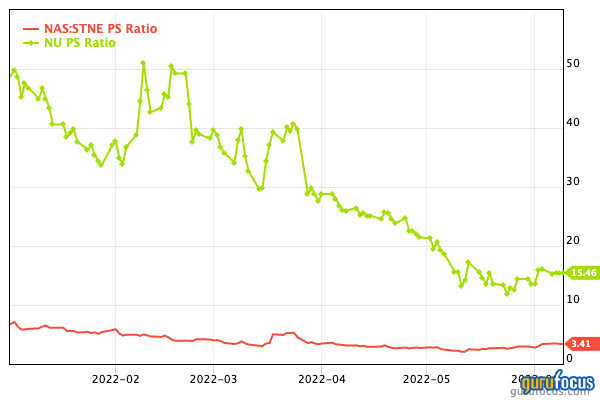 The GF Value chart indicates the stock is a possible value trap, since it is trading far below the fair value estimate while also displaying signs of financial distress. 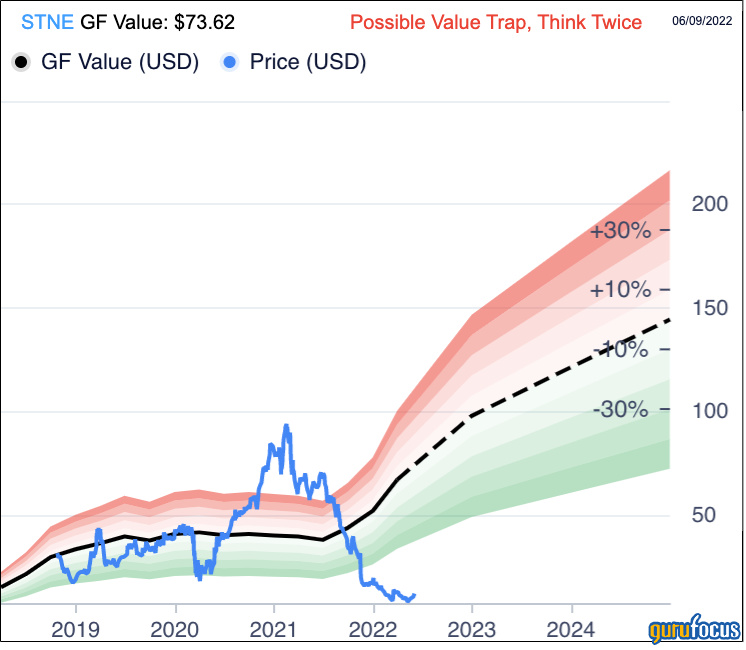 StoneCo is a promising company, as it is one of the big four electronic payment providers in Brazil and has doubled its customer base. Buffett's Berkshire is also a shareholder, which is a positive sign.

However, the macro environment for growth stocks will be a headwind with rising interest rates and inflation. In addition, the market for financial products is very competitive.