4 Dividend Aristocrats That Are Beating the Market

It is tough to find stocks that are outperforming the market these days as nearly all companies struggle with the effects of high inflation. Those in search of safer returns are often out of luck even when it comes to dividend stocks, since even a dividend yield of 3% does not come close to keeping up with inflation.

Investors looking for a combination of solid dividend growth and capital gains may want to consider the Dividend Aristocrats, an elite group of S&P 500 stocks that have raised dividends for at least 25 years, are worth at least $3 billion and have an average daily trading volume of $5 million or more.

According to the GuruFocus All-in-One Screener, a Premium feature of GuruFocus, there are currently four Dividend Aristocrats that offer 3%-plus dividend yields and have outperformed the S&P 500 so far this year: Chevron Corp. ( 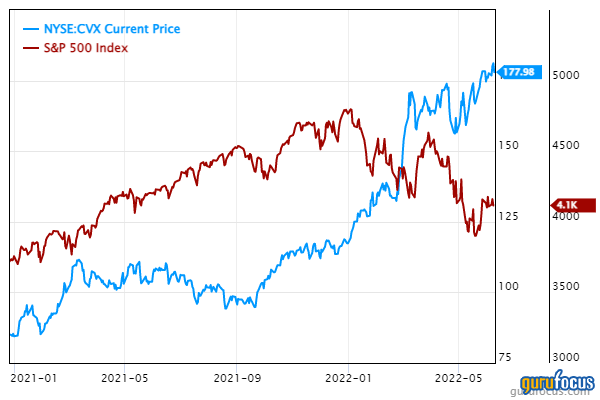 Chevron’s good fortunes are tied to the strength of the oil and gas industry. With travel having mostly recovered from the pandemic and the sanctions on Russia due to its war on Ukraine, gas prices are through the roof and will likely remain so for quite a while.

It is not just commodity prices that are boosting Chevron, though. The company has a strong balance sheet with an interest coverage ratio of 33.26, an Altman Z-Score of 4.21 and a Piotroski F-Score of 8 out of 9. That means it was not as adversely impacted as most industry peers during the demand drawdown in 2020, and profits will not take much of a hit due to rising interest rates.

IBM, Financial) sports a dividend yield of 4.71% and has beaten the S&P 500 by 28.99% over the past six months. It has been raising its dividend for 27 consecutive years. 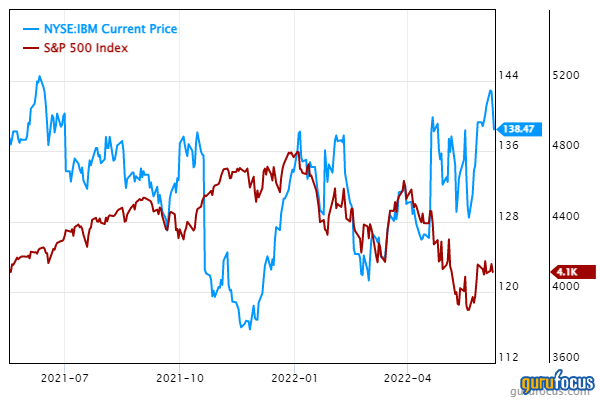 IBM has been struggling in recent years because it fell into the classic monopoly trap of focusing on its primary cash cow, mainframes, at the cost of falling behind on innovation. Now it is trying to shift its strategy to focus on hybrid cloud and artificial intelligence, while also putting effort into becoming a chip foundry once again due to the global semiconductor shortage.

In other words, IBM is trying to play catch-up in multiple different directions. Its plans are solid, so many investors are giving the company the benefit of the doubt. At the same time, the longer-term decline of the share price has produced a high dividend yield.

KMB, Financial), a maker of primarily paper-based consumer products, yields 3.51% and beat the S&P 500 by 9.08% over the trailing six months. It has increased its dividend payment for 37 years. 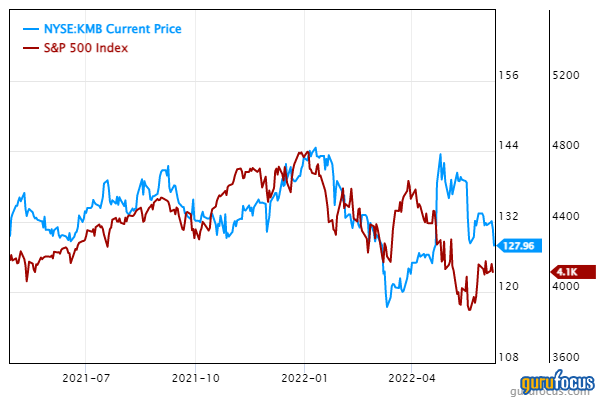 The majority of Kimberly-Clark’s share price gains this year came when it reported earnings in April. The results beat estimates thanks to higher organic sales, better product mix and successful price hikes. It was able to successfully absorb higher input costs from inflation.

Kimberly-Clark is considered a slow and boring company for a reason; it makes products such as personal hygiene products, diapers and other paper-based consumer goods, and it is not likely to post high growth numbers. However, that same boring nature also makes it relatively immune to market cycles, providing stability.

The company's top guru shareholders are the 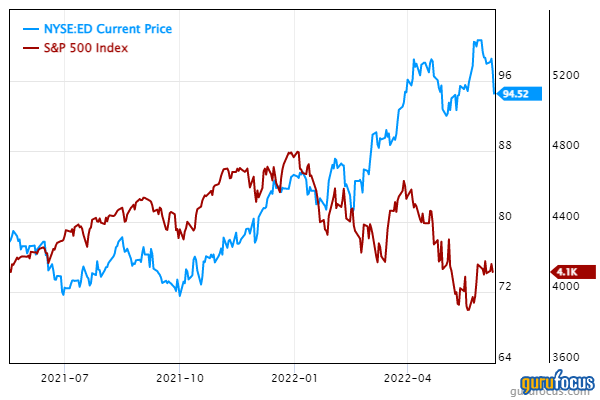 In addition to benefitting from higher energy prices, Consolidated Edison has the advantage of being a utility company, which makes it a natural monopoly (though this comes at the cost of price regulation, which can sometimes affect results negatively).

Consolidated Edison also owns several competitive energy companies, which operate in deregulated markets where companies do not have any specific obligations to build or repair generating capacity and instead compete directly with each other.

The top guru shareholders of this stock are