Using an event-driven, value-oriented approach to stock picking, the guru's New York-based hedge fund is known for taking activist positions in underperforming companies with a catalyst that will help unlock value for shareholders.

According to GuruFocus Real-Time Picks, a Premium feature based on 13D and 13G filings, Loeb sold 2.5 million shares of the Mountainview, California-based cybersecurity company on June 13, impacting the equity portfolio by -0.68%. The stock traded for an average price of $21.14 per share on the day of the transaction.

He now holds a total of 22.33 million shares, which occupy 6.19% of the equity portfolio and remains his largest holding based on 13F portfolio data. GuruFocus estimates Loeb has lost 48.27% on the investment since establishing it in the second quarter of 2021.

Founded in 2013, the company, which offers artificial intelligence-powered solutions to prevent, detect and fight cyberattacks on a single autonomous XDR platform, has a $5.92 billion market cap; its shares were trading around $21.08 on Thursday with a price-book ratio of 3.63 and a price-sales ratio of 18.85.

Since its initial public offering in June of 2021, the stock has tumbled around 50%. 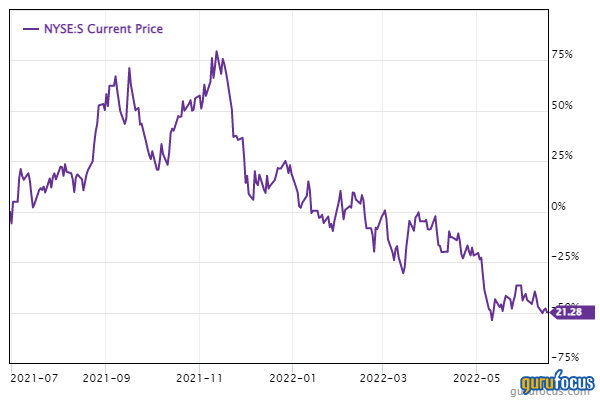 On June 1, the company reported its financial results for the first quarter of fiscal 2023, which ended April 30. SentinelOne posted a net income loss of $89.8 million, which equates to a loss of 33 cents per share. Revenue grew 109% from the prior-year quarter to $78.3 million. 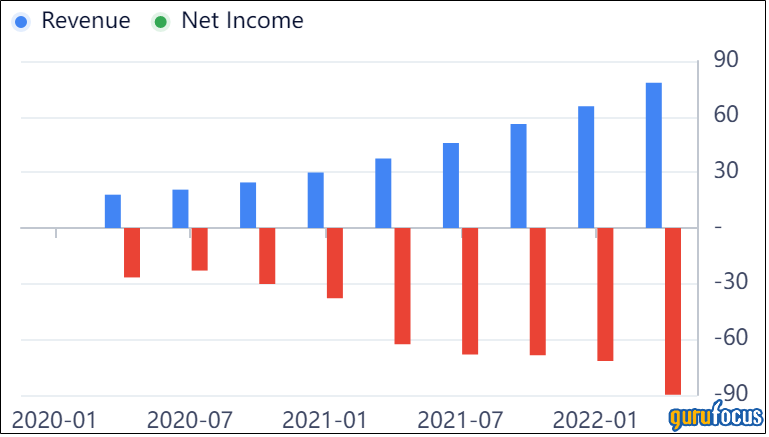 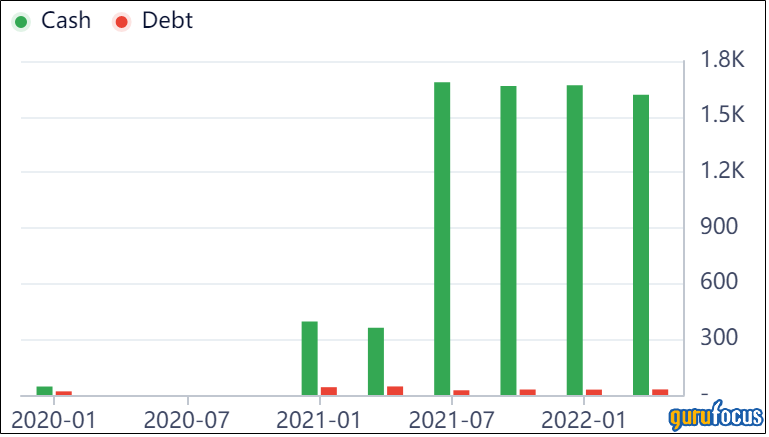 In a statement, CEO Tomer Weingarten noted the results “demonstrate the combination of a robust demand environment for our leading cybersecurity platform and impressive execution across the board.”

“We once again sustained triple-digit growth with significant margin expansion, added a record number of new customers, and exited the quarter with an extremely strong pipeline,” he said.

The company also provided guidance for the second quarter and full year that now includes the operations of Attivo Networks, which was acquired on May 3.

GuruFocus rated SentinelOne’s financial strength 8 out of 10, driven by a robust Altman Z-Score of 9.35 that indicates it is in good standing.

The company’s profitability did not fare as well with a 1 out of 10 rating. In addition to being weighed down by negative margins, its returns on equity, assets and capital are underperforming versus a majority of competitors.

Despite the reduction, Loeb is still SentinelOne’s largest guru shareholder with an 8% stake.

The guru's $7.68 billion equity portfolio, which was composed of 75 stocks as of the end of the first quarter, is most heavily invested in the tech, health care and utilities sectors.

Other software stocks he held as of March 31 included Intuit Inc. (