The internet company has seen its shares sink since its IPO

The guru’s New York-based hedge fund, which was established in 2001, is known for focusing on small-cap stocks and technology startups, having been an early investor in companies like Facebook parent Meta Platforms Inc. (

According to GuruFocus Real-Time Picks, a Premium feature based on 13D and 13G filings, Coleman sold a total of 1.3 million shares of the Boston-based internet company on June 21 and June 24, impacting the portfolio by -0.03%. The stock traded for an average price $4.96 per share on the day of the most recent transaction.

He now holds a total of 19.35 million shares, which account for 0.36% of the equity portfolio. GuruFocus estimates Coleman has lost 44.62% on the investment since establishing it in the first quarter of the year.

The company, which provides fixed wireless broadband internet services, has a $765.09 million market cap; its shares were trading around $4.65 on Monday with a price-book ratio of 18.11 and a price-sales ratio of 21.11.

Since going public via special purpose acquisition company on March 29, the stock has tumbled around 50%. 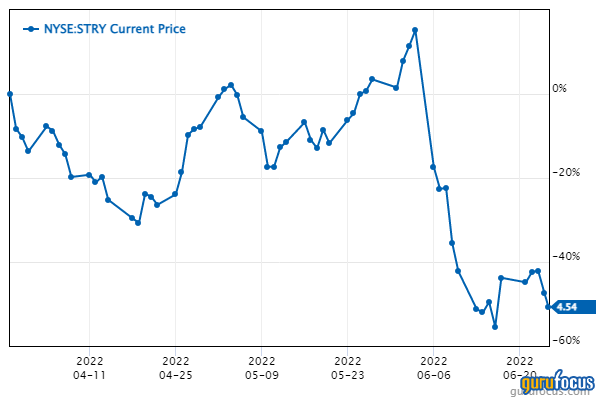 On May 12, Starry Group reported its first-quarter 2022 financial results, which was also its first as a public company. The company posted a net loss of $53.6 million, or $1.29 per share, on $7.4 million in revenue. While the earnings loss widened from the prior-year quarter, sales grew 63%. 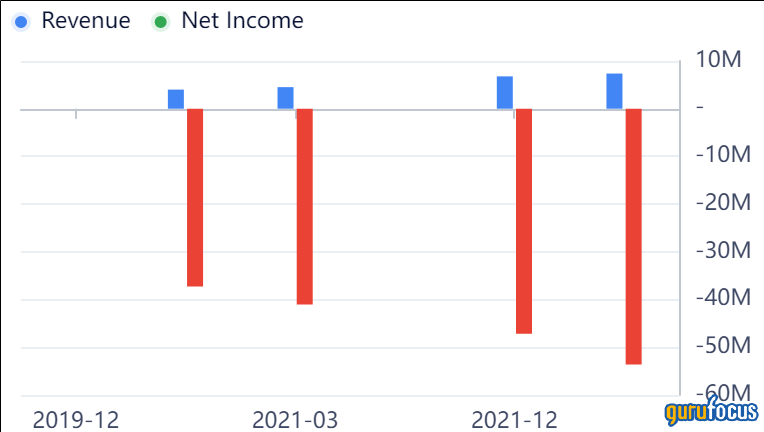 The company also made progress on expanding its reach, seeing an increase in customer relationships and in the penetration of homes serviceable.

In a statement, Co-Founder and CEO Chet Kanojia commented on Starry’s “path to sustained growth.”

“We are attaining our customer growth targets while simultaneously building out our network and driving efficiencies in our business on both technology development and service operations,” he said. “Our disciplined approach over the last year to our business has created a solid foundation upon which to steadily grow and accelerate the business, even amidst difficult macroeconomic headwinds. These are challenging times for consumers, but home broadband access remains essential, and our business and technology are strongly positioned to meet that need in our current and future markets.”

GuruFocus rated Starry Group’s financial strength 3 out of 10, weighed down by low debt-related ratios and an Altman Z-Score of -1.24 that warns it could be at risk of bankruptcy if it does not improve its liquidity.

The company’s profitability did not fare as well, scoring a 1 out of 10 rating on the back of negative margins and returns on equity, assets and capital that are underperforming versus competitors.

With an 11.64% stake, Coleman is Starry’s largest guru shareholder.

George Soros (Trades, Portfolio) also has a position in the stock.

Over half of Coleman’s $26.64 billion equity portfolio, which was composed of 88 stocks as of the end of the first quarter, was invested in the technology sector, followed by smaller exposures to the consumer cyclical and communication services spaces.

According to the most recent 13 filing, other communication services companies the guru was invested in as of March 31 included Sea Ltd. (