BX, Financial) is the world's largest private equity firm with over $915 billion in assets under management. Despite the size of this titan, it is still growing rapidly, receiving inflows of $49.9 billion in the most recent quarter and $288 billion in the last 12 months. At the same time, free cash flow has doubled over the past year to $3.9 billion.

In 2020, the company’s share price more than doubled thanks to tremendous inflows from the Covid bull market and has now recently had a pullback since November 2021 as the high inflation and rising interest rate environment is making investors more cautious. The stock is now undervalued relative to historic multiples and thus could offer an opportunity for investors to gain indirect exposure to the private equity markets. 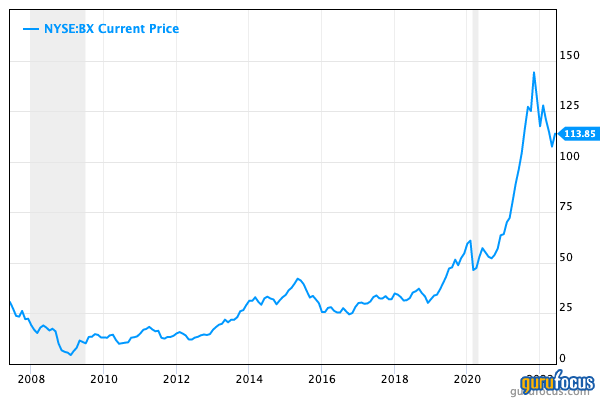 Blackstone was founded in 1985 by founders Peter Peterson and Stephen Schwarzman from just $400,000 in seed capita. The founders had previously worked together at Lehman Brothers. Ironically, the two founders originally struggled to raise their first fund because they had not done a leveraged buyout previously.

Fast forward to today and the firm has over $915 billion in assets under management (AUM). This is split across four main business segments;

The company has a strong focus on real estate with $298 billion in investor capital dedicated, along with a portfolio worth half a trillion dollars. Real estate has historically performed well during high inflation environments, so this segment should continue to do alright even in the turbulent near-term. 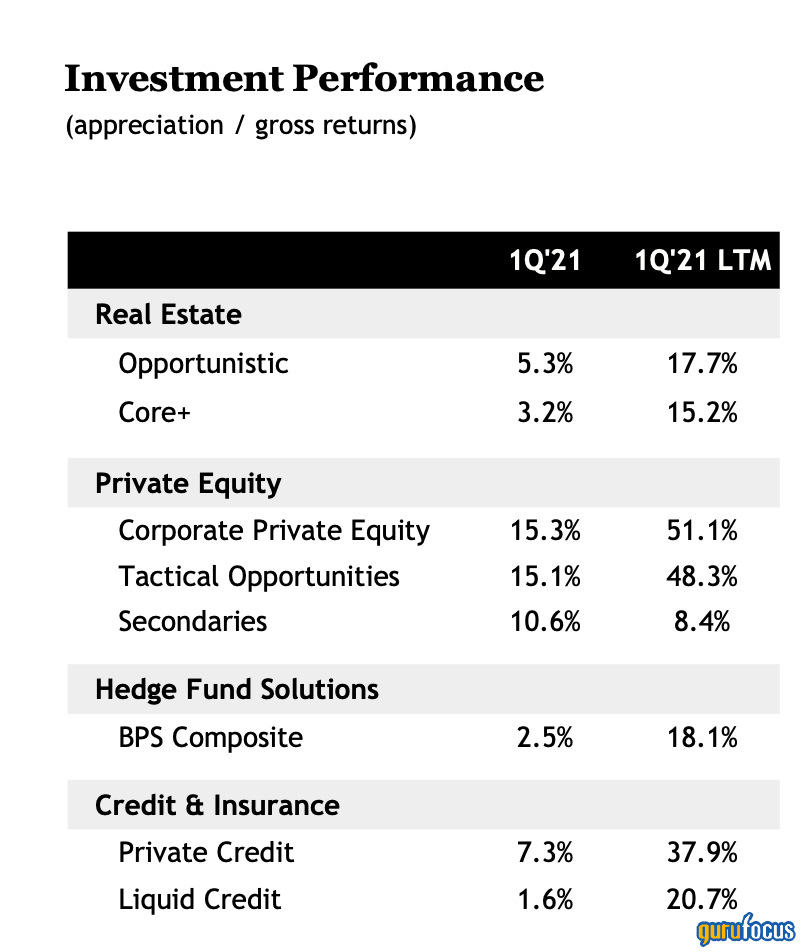 Blackstone'ss revenue has jumped substantially over the past year, increasing from $5.3 billion last fiscal year to $16.9 billion in the most recent fiscal year, a staggering 218% increase. Net income has nearly quadrupled to $5.8 billion. 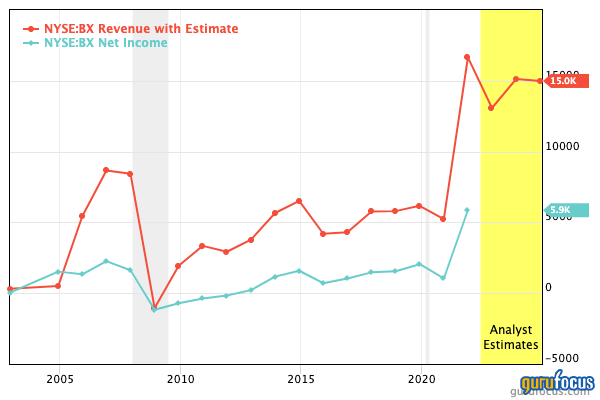 For the first quarter of fiscal 2022, Blackstone generated fee-related earnings of $741 million, up 58% year over year.

It has a strong balance sheet as of the quarter's end with $20 billion in cash and investments and $9 billion in debt. The company also pays a substantial 3.9% dividend.

In terms of valuation, Blackstone currently trades at a price-earnings ratio of 15.8, which is cheaper than the levels seen in 2021 and similar to early 2020.

The stock also trades at a mid range relative to competitors. It is cheaper than Blue Own Capital ( 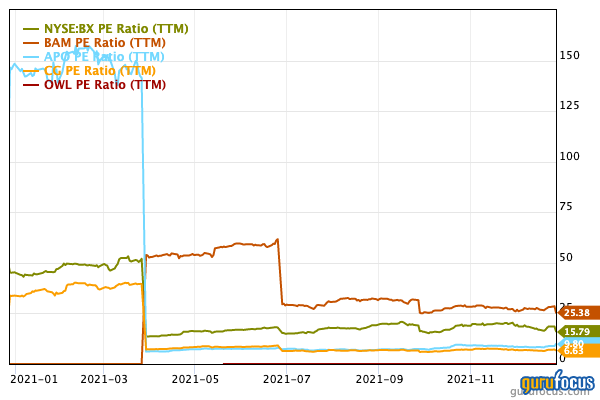 The GF value line indicates the stock is significantly undervalued at the current levels. 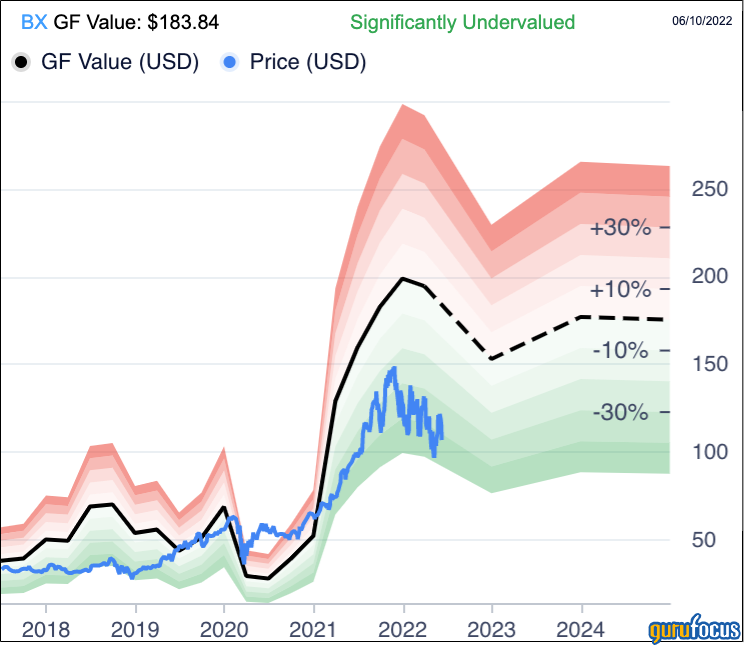 Blackstone is an incredible company which truly dominates the alternative investment and private equity markets. It is poised to reach $1 trillion in assets under management as long as the investor money keeps coming, and its vast real estate portfolio is expected to rise in value with inflation. The company's core strategies have performed extremely well, and the growing private equity market should also attract an increasing amount of inflows.