Many technology stocks have been oversold and now look undervalued

A bear market has erupted out of nowhere, which has caused technology sector stocks to capitulate. Technology stocks hold high beta sensitivity, meaning that a systemic movement of the broader market affects them in excess. Although there aren't any signs that the market might reverse, a few oversold tech stocks have drifted into undervalued territory, causing them to be lucrative long-term investments.

After losing more than 60% of its market value since the start of the year, PayPal is now officially a value stock in my book. In fact, it's recently been included in the Russell 1000 value index after the composite was rebalanced earlier this month. 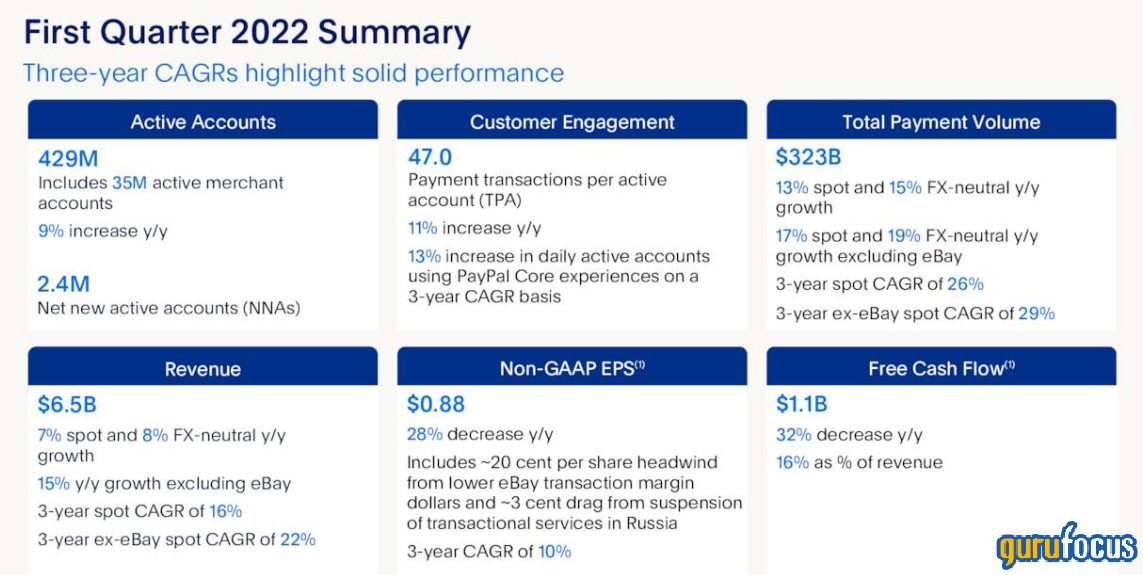 Furthermore, PayPal benefits from its Buy Now Pay Later (BNPL) integration. The company has 22 million of its active users that engage in BNPL activities. The BNPL space is set to grow at a compound annual growth rate of 22.4% until 2031 according to an estimate from Future Market Insights. Lastly, PayPal hosts a few high-growth subsidiaries, including Honey and Venmo, which add significant long-term value to the company.

PayPal is undervalued based on its relative valuation metrics. The stock's price-earnings ratio of 23.7 and its price-sales ratio of 3.29 are trading at five-year discounts, implying that PayPal stock could be a relative value play.

Semiconductor stocks have struggled as supply chain woes in China and Ukraine have exacerbated an already struggling global supply stream. However, according to government officials in Beijing, the country will curb Covid-19 restrictions to sustain economic output. In addition, many of the large semiconductor companies will likely revise and diversify their supply lines in the coming years to meet demand from the increasingly semiconductor-hungry tech sector, meaning that the current 26.6-day semiconductor chip delivery times could be transitory.

Intel controls 63% of the CPU market, which could reach a market size worth $200 billion by 2027. In addition, Intel's CPUs could tap into the artificial intelligence market with its time-series attributes in artificial neural networks. 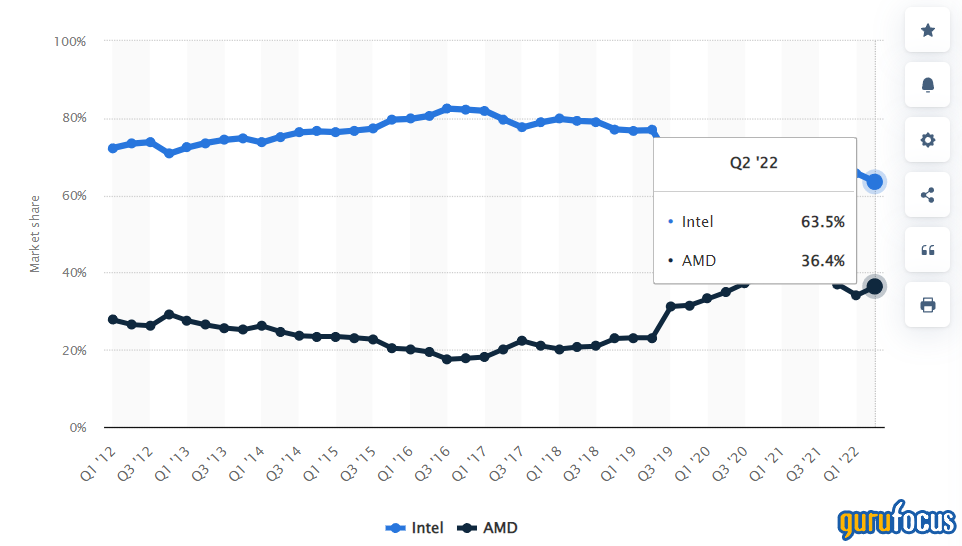 The stock is significantly undervalued at its current price based on historical multiples. Firstly, Intel is trading with a PEG ratio of 0.18, which implies that market participants underscore the company's earnings per share growth. Additionally, the stock's price-earnings and price-sales ratios are trading at five-year discounts.

The stocks covered in this article could be attractive long-term value plays which are overlooked by the market, in my opinion. However, there is substantial risk that they could experience further short-term drawdowns because we've entered a bear market. Nevertheless, both of these stocks exhibit promising long-term potential.