The Columbus, Ohio-based firm, which was founded in 2000, seeks to align employee interests with those of its investors by investing in the same portfolios. Its strategy to maintain a long-term focus is based on fundamental, ground-up analysis of a company's intrinsic value, as determined by factors such as market position, competition, management, valuation and growth prospects. The firm also focuses on buying undervalued companies that have a solid and proven foundation for revenue production.

Based on these criteria, the firm disclosed in its 13F report it established eight new positions during the quarter, sold out of nine stocks and added to or trimmed a slew of other existing investments. Notable trades included a new stake in Union Pacific Corp. (

The firm invested in 1.72 million shares of Union Pacific (

UNP, Financial), giving it 1.61% space in the equity portfolio. The stock traded for an average price of $228.26 per share during the quarter.

The GF Value Line suggests the stock is fairly valued currently based on historical ratios, past financial performance and analysts’ projections of future earnings. 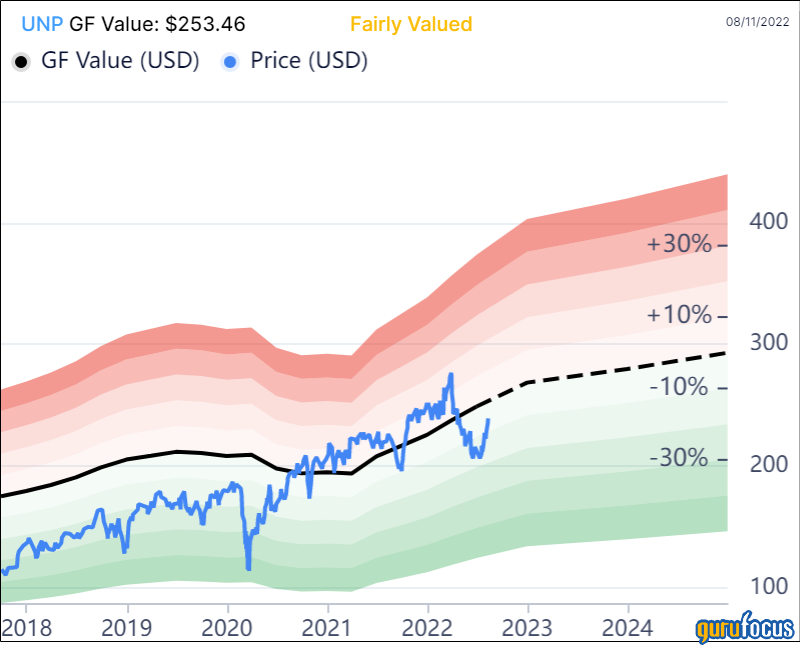 Further, the high GF Score of 93 out of 100 indicates the company has high outperformance potential. Union Pacific received perfect 10 out of 10 ranks for profitability and momentum, a score of 9 for growth, a 7 for GF Value and a middling mark of 4 for financial strength. 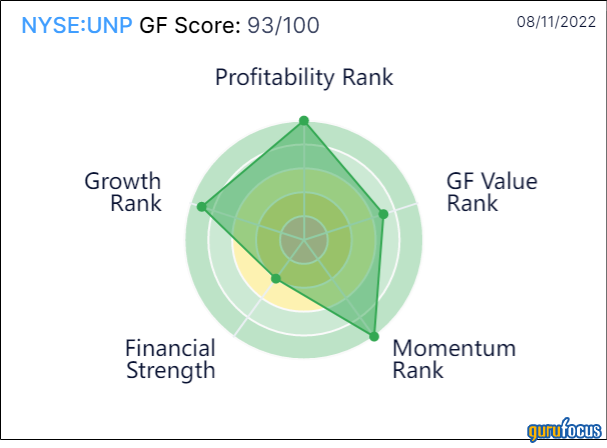 Of the gurus invested in Union Pacific,

Impacting the equity portfolio by 1.69%, Diamond Hill increased its Microsoft (

The firm now holds 1.68 million shares total, accounting for 1.89% of the equity portfolio. GuruFocus estimates it has gained 96.21% on the long-held investment.

The software company, which is headquartered in Redmond, Washington, has a market cap of $2.14 trillion; its shares were trading around $287.02 on Thursday with a price-earnings ratio of 29.76, a price-book ratio of 12.87 and a price-sales ratio of 10.91. 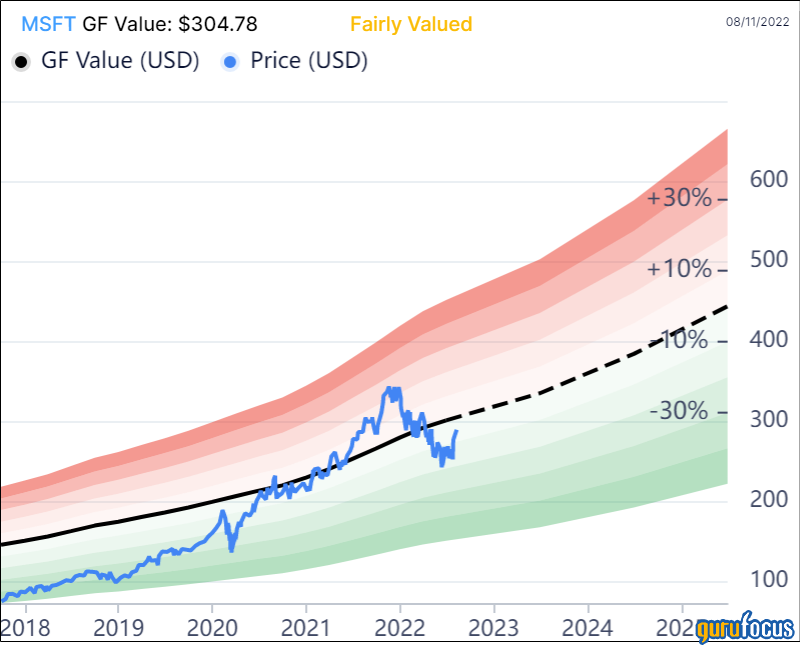 The GF Score of 98 is indicative of high outperformance potential, having raked in a rank of 10 out of 10 for profitability and growth, a rating of 8 for financial strength and momentum and a grade of 7 for GF Value. 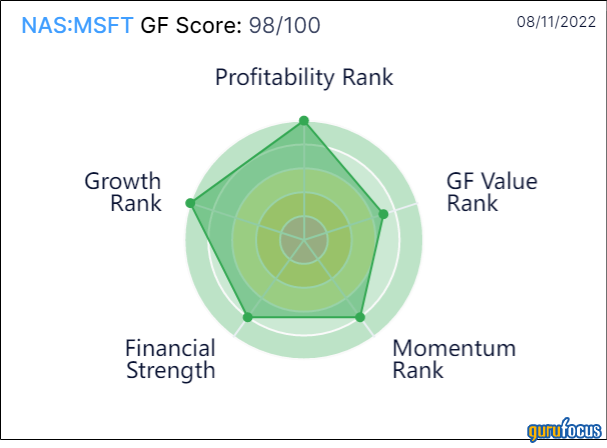 With a 0.38% stake, Fisher is the company’s largest guru shareholder. Other top guru investors include PRIMECAP, Dodge & Cox,

With an impact of 1.25% on the equity portfolio, the firm upped its SVB Financial (

Diamond Hill now holds 943,172 shares total, which represent 1.61% of the equity portfolio. GuruFocus data shows it has gained an estimated 24.21% on the investment so far.

The Santa Clara, California-based bank holding company, which owns Silicon Valley Bank, has a $26.89 billion market cap; its shares were trading around $455.21 on Thursday with a price-earnings ratio of 17.53, a price-book ratio of 2.21 and a price-sales ratio of 4.37. 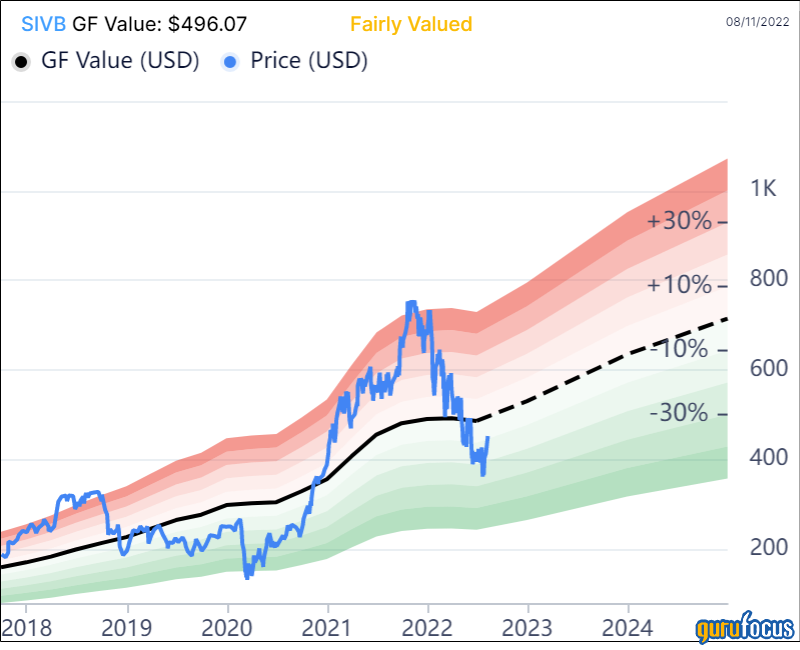 The GF Score of 85 implies the company has good performance potential going forward. GuruFocus recorded growth and GF Value ranks of 9 out of 10, a momentum rank of 7, a profitability rank of 6 and a financial strength rank of 4. 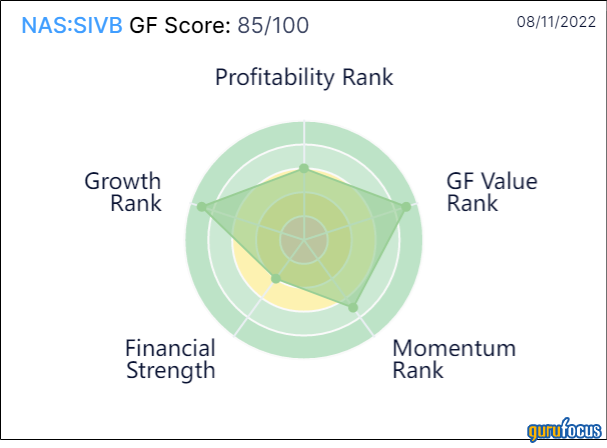 The firm now holds 396,906 shares, which make up 0.13% of the equity portfolio. According to GuruFocus, it has gained an estimated 98.38% on the investment over its lifetime.

The consumer packaged goods company headquartered in Chicago, which processes oilseeds, corn, wheat and other agricultural commodities, has a market cap of $47.17 billion; its shares were trading around $84.14 on Thursday with a price-earnings ratio of 13.24, a price-book ratio of 1.93 and a price-sales ratio of 0.51. 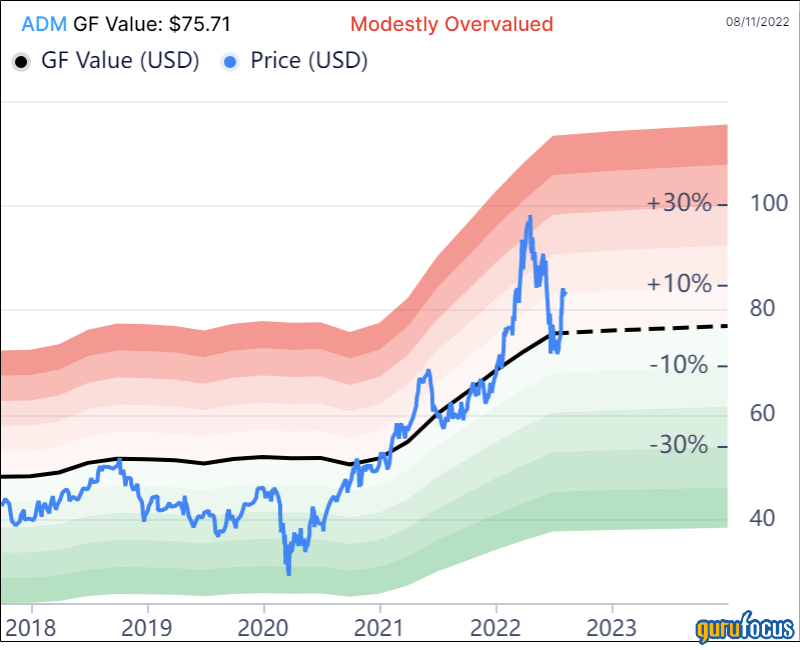 The GF Score of 82 indicates the company has good performance potential based on profitability and growth ranks of 7 out of 10, momentum and financial strength ranks of 6 and a GF Value rank of 5. 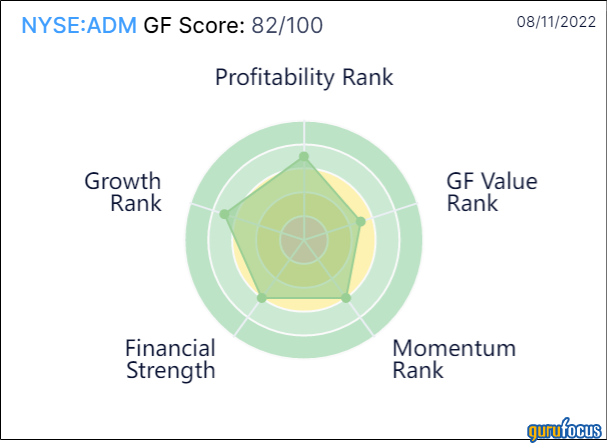 Of the gurus invested in Archer-Daniels Midland,

ZNGA, Financial) was dissolved after its acquisition deal with Take-Two Interactive (TTWO, Financial) closed in May.

The cash-and-stock deal valued at $12.7 billion was announced in January. According to the terms of the agreement, Zynga shareholders received $3.50 in cash and $6.36 worth of Take-Two common stock per share owned.

As such, Diamond Hill gained a 1.56 million-share stake in Take-Two, dedicating 0.84% of the equity portfolio to the position.

GuruFocus estimates the firm lost 9.69% on the Zynga investment.

According to the GF Value Line, the stock is a possible value trap currently. As such, potential investors should do thorough research before making a decision. 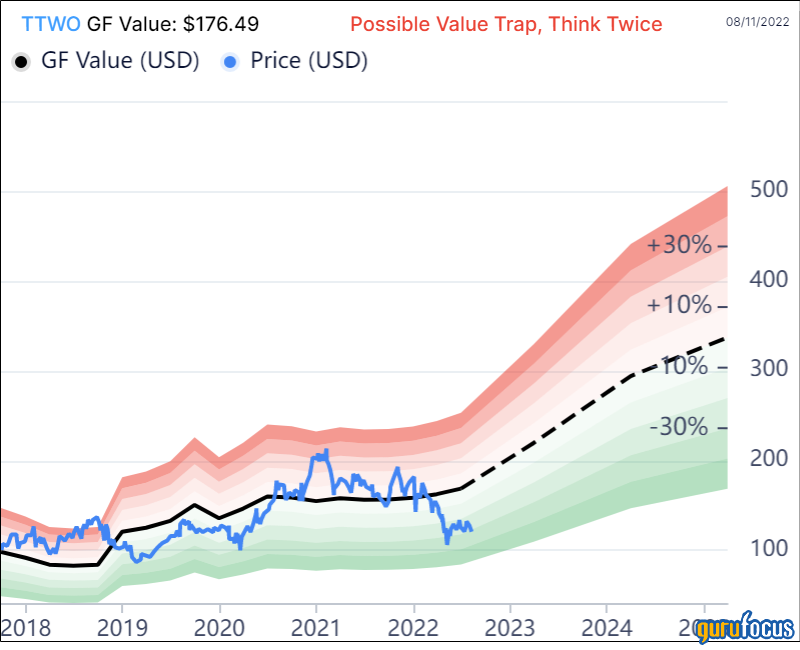 The GF Score of 87, however, indicates it has good performance potential. GuruFocus rated its growth and financial strength 9 out of 10, its GF Value an 8, its profitability a 7 and its momentum a 4. 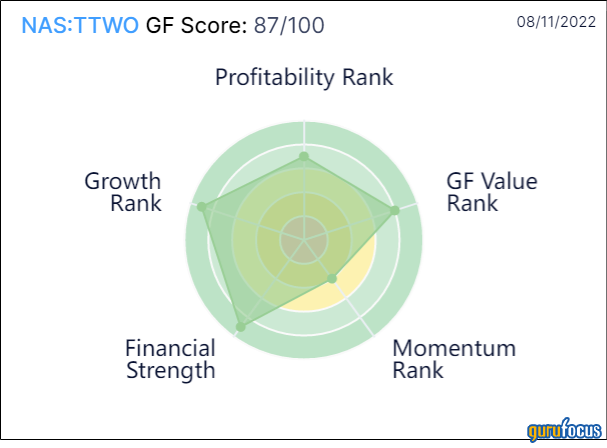 The firm’s $22.89 billion equity portfolio, which is composed of 169 stocks, is most heavily invested in the financial services sector with a 24.57% weight.