Billionaire Ron Baron Reveals 6 Stocks He Has Been Buying

In a recent interview on CNBC’s premium pro service,

Ron Baron (Trades, Portfolio) of Baron Funds talked about some of the stocks he has been buying. He also offered his opinions on Elon Musk, Tesla (TSLA, Financial) and the macroeconomic situation. Here are my key takeways from the interview.

Baron begins the discussion by referring to the number of forecasters predicting a recession from the high inflation and the rising interest interest rate environment. He disagrees with trying to predict the macro situation, saying, “Anytime anyone tries to predict macro, they are almost always wrong."

Going back to the tech bubble in the late 90’s, former Fed chairman Alan Greenspan in 1996 noted “irrational exuberance,” but even though it was irrational, the stock market doubled over the next four year before crashing.

“We don’t predict anything” on a macroeconomic level, said Baron. Baron looks at individual companies and takes a bottom-up approach to investing. He states, "I can’t tell you this is the bottom," but the “bottom line is these are attractive prices... Prices which are unusually attractive relative to company’s long term prospects."

Baron was an early investor into Tesla, having bought in over eight years ago. It looks as though Baron is still bullish on the company, and he even exclaims “I love Tesla” in the recent CNBC interview.

It's not wonder he loves the company, as “We have made about 20 times our money and $6-$7 billion on a $380 million investment." He even predicts, "I think we are going to make three to five times our money again over the next 10 years.”

He notes that Elon Musk is investing approximately $7 billion for every gigafactory with a 1 million car production capacity, and the gross profit per car is ~$15,000. “This is the most profitable company in the entire world," Baron boldly proclaims. “Every time he invests $7 billion, he’s making $15 billion per year.”

According to the latest 13F data, Baron added to his firm's position in Tesla stock at an average price of $274 per share in the second quarter and now owns over 17.4 million shares. 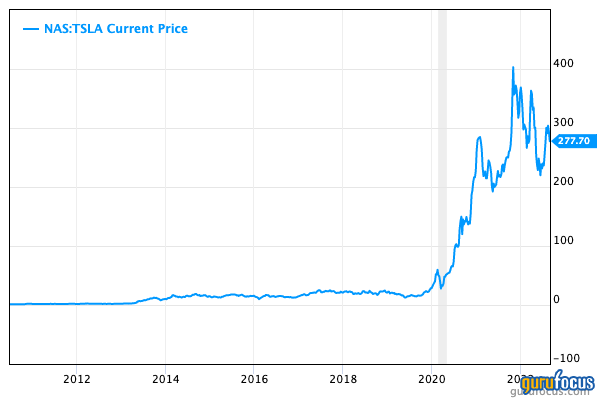 Baron said he added another $100 million to his private investment in SpaceX in the past couple of months. He now owns approximately 1% of SpaceX, where he has a $1.2 billion holding value. This values the company at ~$120 billion at the time of writing. His cost basis was approximately $400 million. “I think we’re going to make eight times [our money] in the next 10 years,” he predicted.

TWTR, Financial) takeover deal if that goes through. “He [Elon Musk] made us $7 billion on a $300 million investment," Baron once said.

However, now Musk wants out of the deal and is trying to get out of it by saying he believes he was given “inaccurate facts." As per legal precedent, this claim alone is extremely unlikely to hold up, but Baron’s conclusion after going to law school is, “There is no law, it’s just the best lawyers always win." Basically, Baron is referring to the fact that many law cases can be interpreted in vastly different ways depending on what lawyers and other supporters you can afford.

“Every case is a toss-up,” Baron said. The bottom line is that Baron doesn’t know who will win the ongoing lawsuit between Musk and Twitter.

Musk has recently subpoenaed a former Twitter employee who has attacked the company for poor spam policies and security. This is believed to have been done in an attempt to strengthen Musk's case.

Baron stated in the interview that he has invested “across the board” into travel. “It has been deferred for three years, nobody has traveled and now the industry is taking off."

Baron said he has invested in Redrock Resorts (

RRR, Financial). For some background on Redrock, Baron explains that Las Vegas had legacy legislation in place where Casinos wouldn’t be built near hospitals, schools and communities. However, the legislation was rewritten and now it’s possible to have casinos in communities, and this is what Red Rock specializes in.

The reason this is interesting, explains Baron, is that traditionally, for a developer to build a casino on the Las Vegas strip, it would cost between $3 to $5 billion, where “they would be lucky to get a 10% return." However, Redrock is building casinos in communities for $750 million and generating a “20% return."

The company is also investing in movie theaters, hotel rooms “where you pay by the hour” and even parking lots, which they call “investing into stripes." 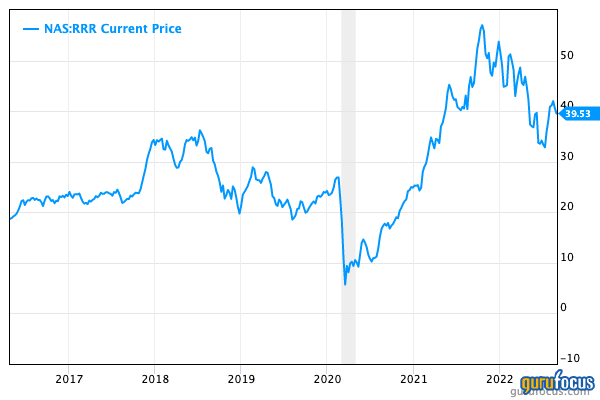 MTN, Financial) is a U.S. mountain resort company that is using data to improve its resorts. Assessing great management is a key part of Baron’s investment strategy and was one of the main reasons he was an early investor in SpaceX and Tesla. It is also a reason why he likes Vali Resorts, on top of his bullish stance on travel stocks. 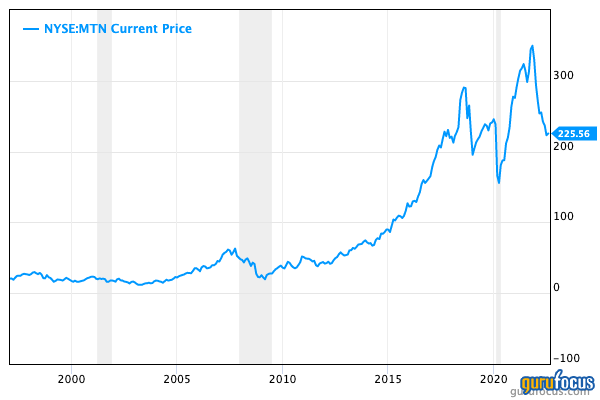 H, Financial) CEO Mark Hoplamazian is no Musk, but Baron states, “I love this guy... He was explaining how upset he was that analysts are valuing his company at 11 times the hotels he owns. When he is selling the hotels he owns at 17 times.”

For context, Hyatt’s management is selling hotels to turn Hyatt into a “fee business” through management contracts. According to 13F filings for the second quarter, Baron reduced his position in Hyatt by 1.3%, but he could have added since the quarter ended. In addition, his fund still owns ~5.4 million shares in the company. 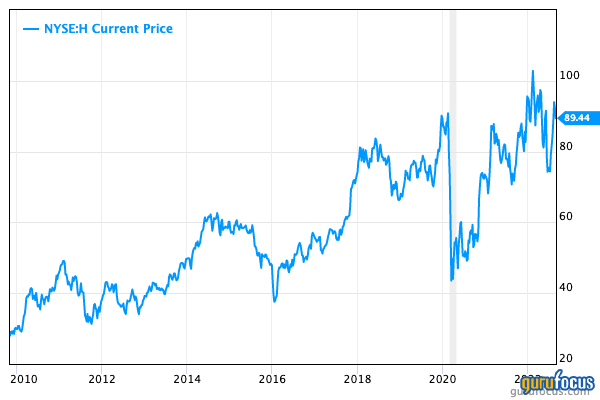 Baron stated he had made an investment into the little-known FIGS Inc. (

FIGS, Financial): "This is the lululemon of health care and we invested around $100 million there."

According to 13F filings, Baron was buying FIGS in the second quarter of 2022 at an average price of $12.90 per share. 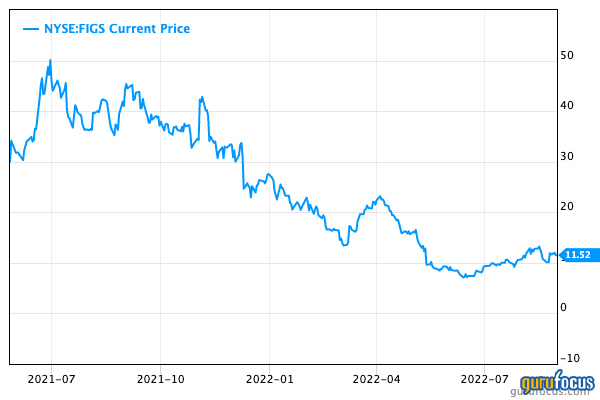