Using an event-driven, value-oriented approach to stock picking, the guru's New York-based hedge fund is known for taking activist positions in underperforming companies with a catalyst that will help unlock value for shareholders.

After trimming the investment by 19.88% in the second quarter, GuruFocus Real-Time Picks, a Premium feature based on 13D, 13G and Form 4 filings, show Loeb sold 1.07 million shares of the Mountain View, California-based cybersecurity company on July 12, impacting the equity portfolio by -0.61%. The stock traded for an average price of $23.81 per share on the day of the transaction.

He now holds a total of 20 million shares, which occupy 11.34% of the equity portfolio and remains his third-largest holding based on 13F portfolio data. GuruFocus estimates Loeb has lost 40.37% on the investment since establishing it in the second quarter of 2021.

Founded in 2013, the company, which offers artificial intelligence-powered solutions to prevent, detect and fight cyberattacks on a single autonomous XDR platform, has a $7 billion market cap; its shares were trading around $24.98 on Tuesday with a price-book ratio of 4.02 and a price-sales ratio of 22.34.

Since its initial public offering in June of 2021, the stock has tumbled around 40%. 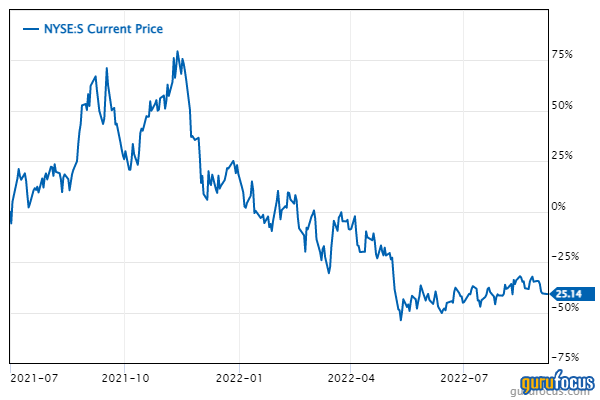 On Aug. 31, SentinelOne reported its second-quarter 2023 financial results. The company posted an adjusted earnings loss of 20 cents per share on $102.5 million in revenue, which grew 124.1% from the prior-year quarter. 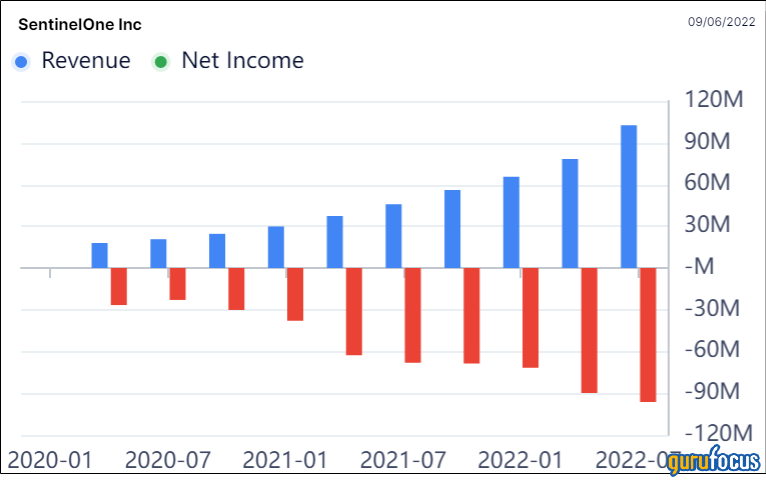 In a statement, CEO Tomer Weingarten commented on SentinelOne’s performance.

“We delivered hyper growth and outperformance across all aspects of our business in Q2 - ARR, revenue, customer growth, net retention and margins,” he said. “I'm proud of our team's execution despite an evolving macro environment. Through Singularity XDR, we're delivering what enterprises need the most: best-in-class protection and superior platform value.”

For the third quarter, SentinelOne now projects revenue of $111 million along with a non-GAAP gross margin of 71%.

It also anticipates revenue between $415 million and $417 million for the full year, while the non-GAAP gross margin should fall in the 70.5% to 71% range.

GuruFocus rated SentinelOne’s financial strength 8 out of 10, driven by a robust Altman Z-Score of 7.82 that indicates it is in good standing.

In addition to being weighed down by negative margins, the company’s returns on equity, assets and capital are underperforming versus a majority of competitors.

Despite the reduction, Loeb remains SentinelOne’s largest guru shareholder with a 7.12% stake.

The guru's $4.22 billion equity portfolio, which was composed of 58 stocks as of the end of the second quarter, is most heavily invested in the health care, energy and utilities sectors.