These companies offer growth at a reasonable price

Peter Lynch is a legendary investor who ran the Fidelity Magellan Fund between 1977 and 1990. Over that time, he beat the market and averaged an incredible 29% annual return.

Lynch also inspired millions of people to enter the market through his books, “Beating the Street” and “One Up on Wall Street."

In this discussion, I will dive into two stocks that have shown up on the GuruFocus Peter Lynch Screener that I believe have both value and growth potential.

TCEHY, Financial) (HKSE:00700, Financial) is a Chinese technology and entertainment conglomerate which has social media, music, video game and other media businesses under its umbrella. 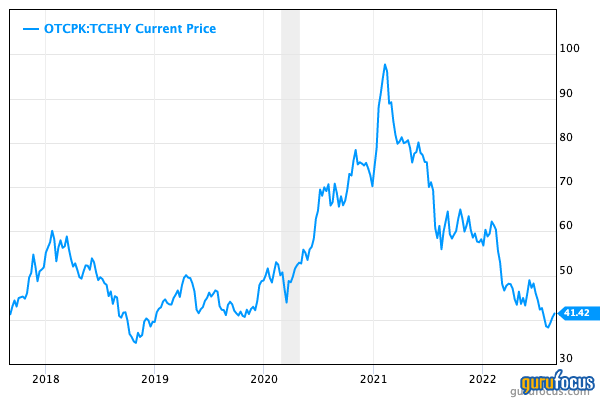 China has a massive population of around 1.40 billion people, which is over four times that of the U.S. A large portion of the populations are low income and work in rural areas, but there is a growing middle class. The country also has one of the highest levels of mobile penetration globally at over 88%, with 1.22 billion people connected via mobile.

Tencent is poised to capture value from China’s vast population across three main areas: social media, gaming and the cloud.

The company owns the country's top communication app, WeChat, which has over 1.2 billion users. WeChat also operates as a traditional social media platform, where users can not only send and receive messages but also make mobile payments, among other functions.

Tencent is also the largest gaming company in China and the world. The company has licensed popular titles such as "League of Legends China," "FIFA China" and first-person shooter game "Call of Duty." In addition, Tencent Cloud is the second-largest cloud provider in China, behind Alibaba (

The company also owns Tencent Music and many more brands. Tencent's investment arm has major stakes in many technology companies, including Tesla Inc. (

Tencent most recently reported financial results for the second quarter of 2022. Revenue of $19.8 billion declined by 3% year over year and was below analysts' expectations, mainly driven by a cyclical decline in gaming revenue (a similar trend has been seen globally). But specifically in China, new regulation has limited the amount of time kids under the age of 18 can spend playing games to just three hours per week. This strong regulation has been driven by rising gaming addiction in China and parents' fears of lack of productivity. Despite the headwinds, the gaming market is forecasted to increase over time. 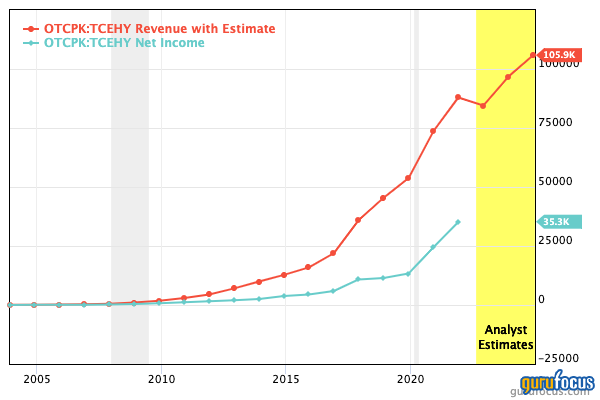 Tencent's advertising revenue also dropped by a substantial 18% year over year to $2.8 billion. This may seem terrible at first glance, but advertiser revenue tends to be driven by recession fears and thus this is also likely to bounce back as economic conditions change.

Tencent is trading at a forward price-earnings ratio of 17.76, which is 49% cheaper than its five-year average. 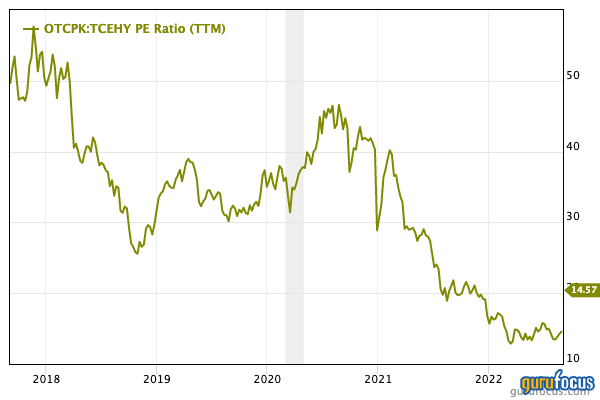 In addition, the GF Value line indicates a fair value of $76 per share and thus the stock is “significantly undervalued” at current levels based on GF Value. 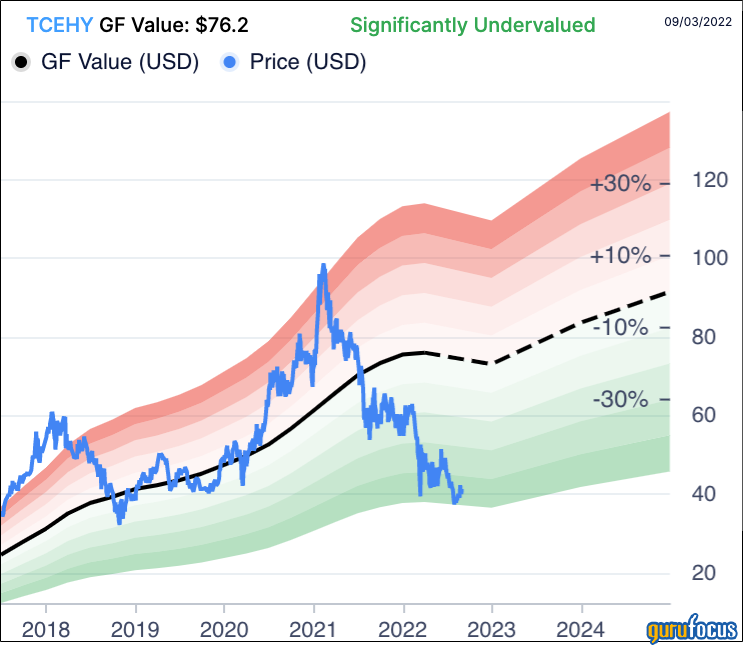 In the U.S. market, Tencent trades over the counter under the ticker symbol TCEHY. However, as this is an American depository receipt, it is not as secure as investing directly in the company's Hong Kong listing under HKSE:00700 due to the U.S. government's threat to delist Chinese stocks from its exchanges.

Some well-known investors such as

The second stock which caught my eye on the Peter Lynch screen was Best Buy Co. Inc. (

BBY, Financial). This company is a widely popular retailer which specializes in consumer electronics and appliances.

Management has been executing a growth by acquisition strategy, including a bold entry into the home health market. For example, Best Buy acquired BioSensics and Critical Signal Technologies in 2020, both in the health tech industry. Then in 2022, the company added Current Health to its list of acquisitions. For an incumbent retailer founded in 1966, these acquisitions are extremely forward thinking in my opinion, since the company's tech retailing business is unlikely to show promising growth.

Best Buy's most recent financial results were for its second quarter of fiscal 2023. Revenue was $10.33 billion, which was down 12.2% year over year, but this still beat analysts' estimates by $77.3 million. The decline was partially driven by a strong prior-year quarter that marked 19.6% growth as well as softening electronics demand. 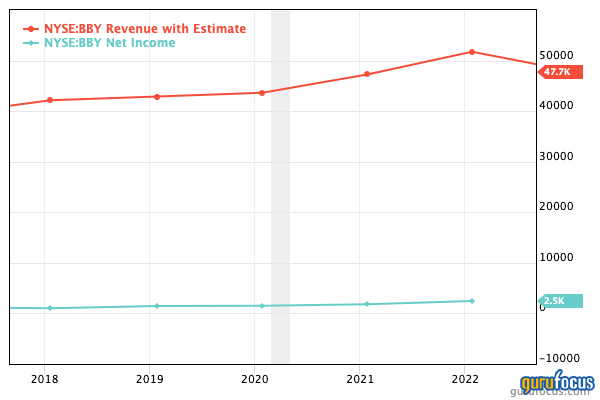 Despite the top-line troubles, the company generated earnings per share of $1.35, which beat analyst expectations by $0.09 and increased by 40% compared to fiscal 2020. Its online sales penetration has also doubled since pre-pandemic levels and now makes up 31% of the total.

Best Buy pays a healthy forward dividend yield of 4.95% and has grown its dividends at a massive 20% compound annual growth rate over the past five years.

Best Buy trades at a forward price-earnings ratio of 11.5, which is 13.75% cheaper than its five-year average. 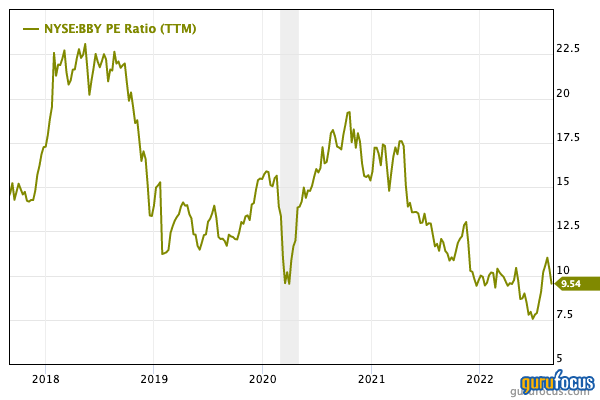 The GF Value line indicates a fair value of $112.67 per share for the stock, which is above the current share price at the time of writing. However, there is a “Value Trap” warning, which may be driven by the recent revenue decline. These two stocks, found using GuruFocus' Peter Lynch screener, offer growth at a reasonable price in my opinion. They both are undergoing market headwinds that have led to undervaluation, but in the longer-term, I believe they are poised for growth.