Investment bank Oppenheimer recently rolled out a technical analysis project where it highlighted a lucrative pair trade. The bank recommends investing in Chipotle (

The analysis is based on technical levels but lacks fundamental justification for the bearish outlook on V.F. Corp. in my opinion. Therefore, I've taken it upon myself to study the trade in further depth. Here's my take.

Fundamentally, I agree it would make sense to recommend Chipotle as an investment in the current market climate. As a consumer restaurant stock, it's likely to hold firm during economic turmoil whenever more cyclical stocks wane; as such, many market participants could shift their weight into an asset such as Chipotle instead of divesting from the market.

Chipotle's stock is overvalued based on key valuation metrics such as its price-sales ratio and discounted cash flow model. However, Chipotle's return on equity of 34.15% and its 26.2% Ebitda compound annual growth rate more than outweigh valuation-based pessimism. 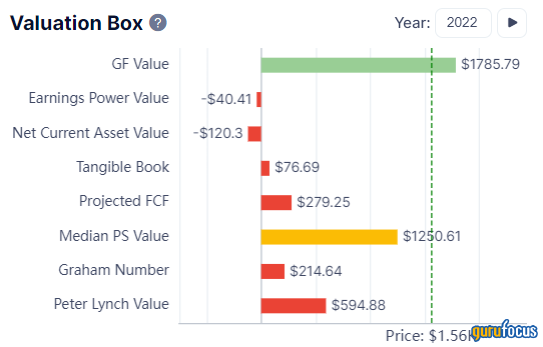 On the other end of the spectrum is V.F. Corp., a consumer cyclical stock exposed to the fashion industry. Consumer cyclicals are very sensitive to the economic environment, posing a risk to investors in the current economic climate.

Furthermore, the company recently missed its first-quarter earnings target by 5 cents per share amid softening demand for key product lines, namely Vans (down 7% year-over-year) and Dickies (down 15% year-over-year).

Despite being plagued with various systemic challenges, the company's gross profit margin remains robust at 54.04%, indicating that economies of scale have been achieved. Therefore, it's likely that V.F. Corp has bargaining power over its suppliers, providing it with valuable operational leverage. In addition, V.F. Corp. delivers a sound return on common equity ratio of 28.91%, providing good residual value to its shareholder base. 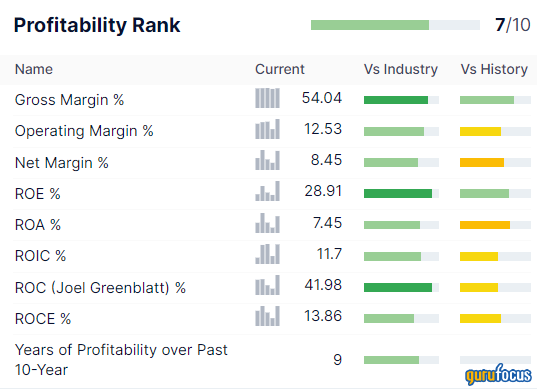 Lastly, GuruFocus' valuation box reveals that V.F. Corp. is undervalued, with the stock's price-earnings ratio being the primary driver. The GF Value chart rates the stock as significantly undervalued. 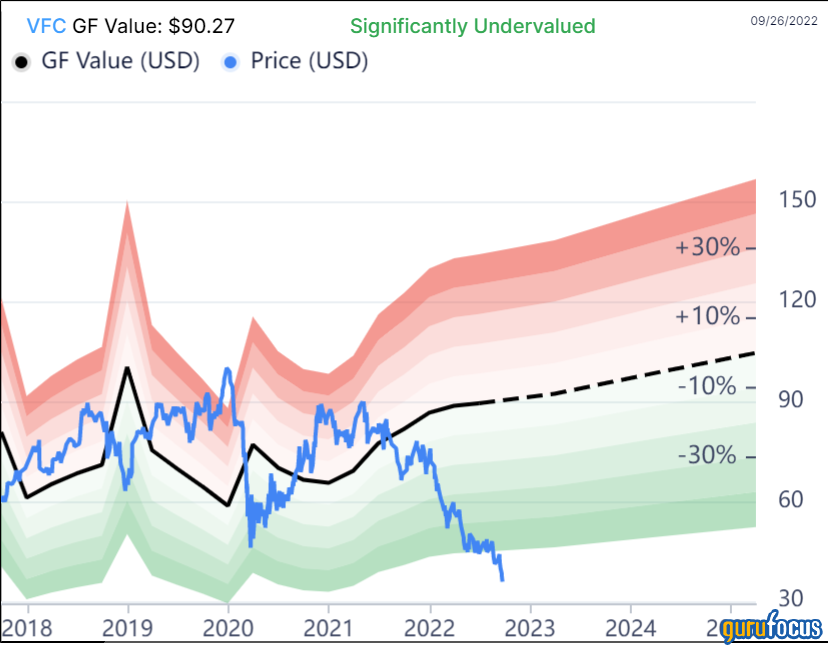 Fundamentals can justify Oppenheimer's technical call on Chipotle. However, its bearish outlook on V.F. Corp. is questionable in my opinion. To me, V.F. Corp. looks significantly undervalued, and short-term macroeconomic headwinds alone don't provide enough substance to support a long-term bear case.