LVS, Financial) soared by more than 12% on Monday after news emerged that Chinese officials would lift Covid-19 restrictions. This has led to optimism for the travel industry's prospects and sweeping estimates that travel industry stocks with operations in China could be undervalued.

Despite the market's optimism, questions remain about Las Vegas Sands' prospects. Is Las Vegas Sands truly undervalued in light of the policy shift, or are investors piling into the wrong stock?

After the announcement that Macau would be open for travel once more, Jeffries upgraded Las Vegas Sands to a buy from a previous hold. The investment bank's David Katz expects bolstered Ebitda, price-earnings ratios and free cash flows. However, Katz remains cautious about systemic risks that could impede progress. According to Katz:

"The first, most important question is the concession renewal process, which had been expected to be benign until a new entrant submitted an application which was confirmed. Our Mgt. discussions provide little insight into its meaning, which leaves uncertainty until the process is completed. Second, whether the trajectory of recovery will be steep or gradual in the context of the shifting business mix noted above, remains debatable. Third, the longer-term global fundamental outlook for Macau is questionable given the economic outlook which is drifting more negative."

A factor that Las Vegas Sands investors should consider is the current economic climate. The company's operations span Asia and the United States, requiring both the travel and gambling industries to be conducive for its stock to prosper.

With rising household costs, resilient transportation costs and highly-priced accommodation costs, the question needs to be asked whether leisure travel demand will sustain as summer ends.

Another aspect to consider is gambling activity during a recession. The regression shown in the chart below suggests that gambling activities taper during an economic contraction.

Based on GuruFocus' data, Las Vegas Sands is overvalued on an absolute and a relative basis. Of course, with the reopening of Macau, the company's income statement is set to improve. However, with a projected free cash flow valuation of only $18.50, Las Vegas Sands will need to do something special to justify its current market price. 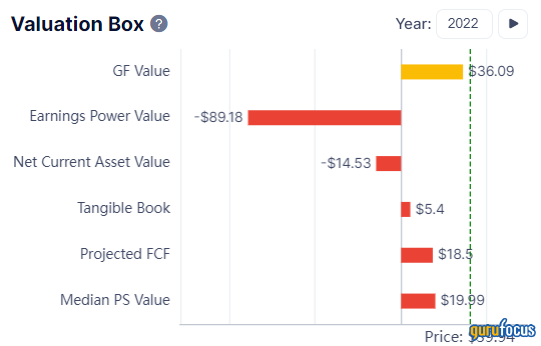 This is reinforced by the GF Value chart. The GF Value chart rates the stock as fairly valued, and while the company's GF Value is expected to rise sharply in the coming years, that's all based on analysts' estimates which are not guaranteed to come true. 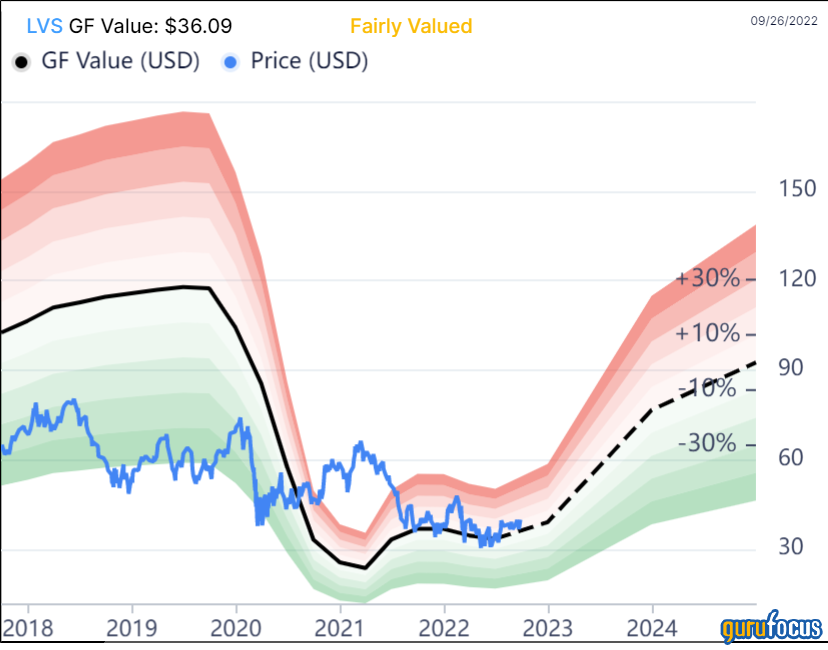 Las Vegas Sands surged on Monday after news broke that Macau's travel restrictions would be dropped. Furthermore, the company received a prompt upgrade from Jeffries.

However, policies from China have been inconsistent. In addition, macroeconomic headwinds loom, and Las Vegas Sands is severely overvalued. Therefore, the stock's probably overhyped for the time being.