2 Defensive Stocks for the Bear Market

These consumer defensive stocks offer big upside potential without a lot of risk.

Though there have been a few good days in the market after a terrible September, we are not out of the woods by a long stretch. The definition of a bear market is at least a 20% decline from the most recent high.

We have now barely bounced back through that threshold, so I think its still too early to give it the "all clear," but it is a good idea to position yourself defensively. A recession appears to be close to a certainity now, though it looks like it may be a shallow one given the still robust employment situation. 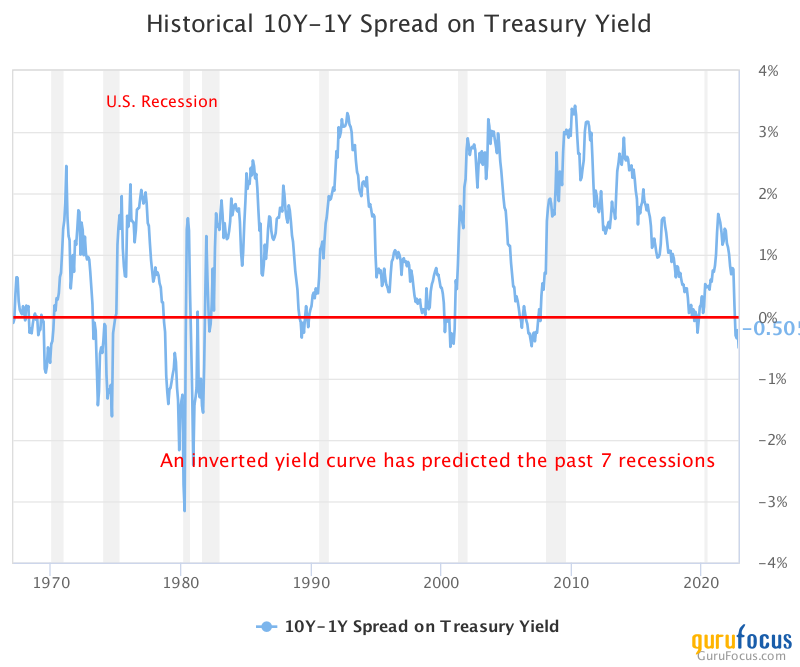 However, if the Federal Reserve continues to tighten its monetary policy, stocks could go much lower in a hard landing scenario. Since we do not want to get into these shark-infested waters all at once, taking a more cautious approach might be prudent.

One area that is likely to be a safer bet in the event of a downturn is consumer defensive stocks. While consumers will likely cut back on spending in tough econonic times, these companies typically do not suffer as much as others since their producs are considered necessities. These companies also continue to have relatively steady sales throughout the business cycle.

In the chart below, we can see the U.S. Consumer Staples ETF has performed much better than the S&P 500 so far this year. 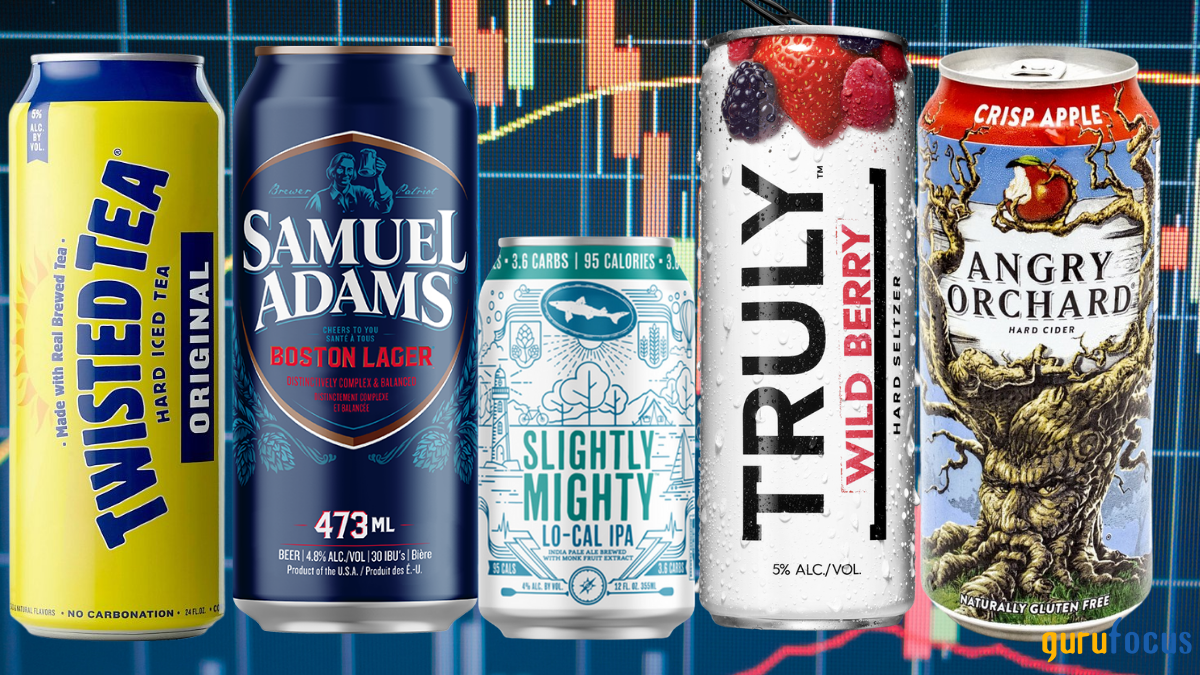 In its stock analysis, Morningstar noted:

"Though Boston Beer is much smaller than other brewers, we think the company boasts a meaningful growth profile that the bigger brewers lack. The company is in tune with consumer trends and has shown innovative prowess. And we also think it operates with a cost advantage. We think Boston Beer stock is worth $680 per share."

GuruFocus' GF Value concurs will this assessment and is projecting a value of approximately $620, which is far in excess of the current share price of around $415. The stock appears to be approaching it bottom and by most accounts is significantly undervalued. 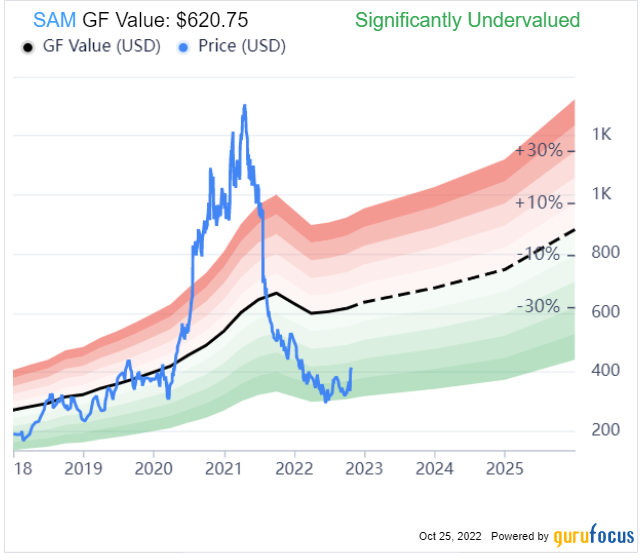 Additionally, the company has a GF Score of 93 out of 100, which according to Gurufocus backtesting data, it has high outperformance going forward. 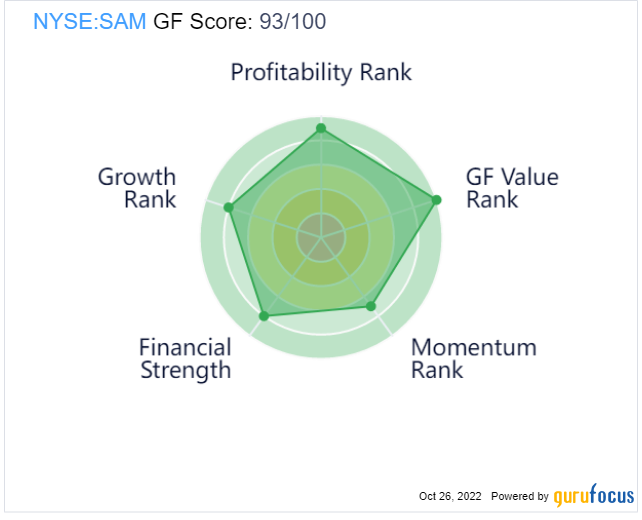 The company has very little debt and though it had a huge "Covid spike," it looks like things are back to normal. Boston Beer had to manage a big hit in its hard setlzer "Truly" brand during the pandemic, followed by a big bust later. It was forced to write off a large chunk of excess inventory in the last year. However, the company expects to get back to growth in the coming year in spite of recession fears. For example, it intends to turn around the hard seltzer business by returning to original flavors and real juice. 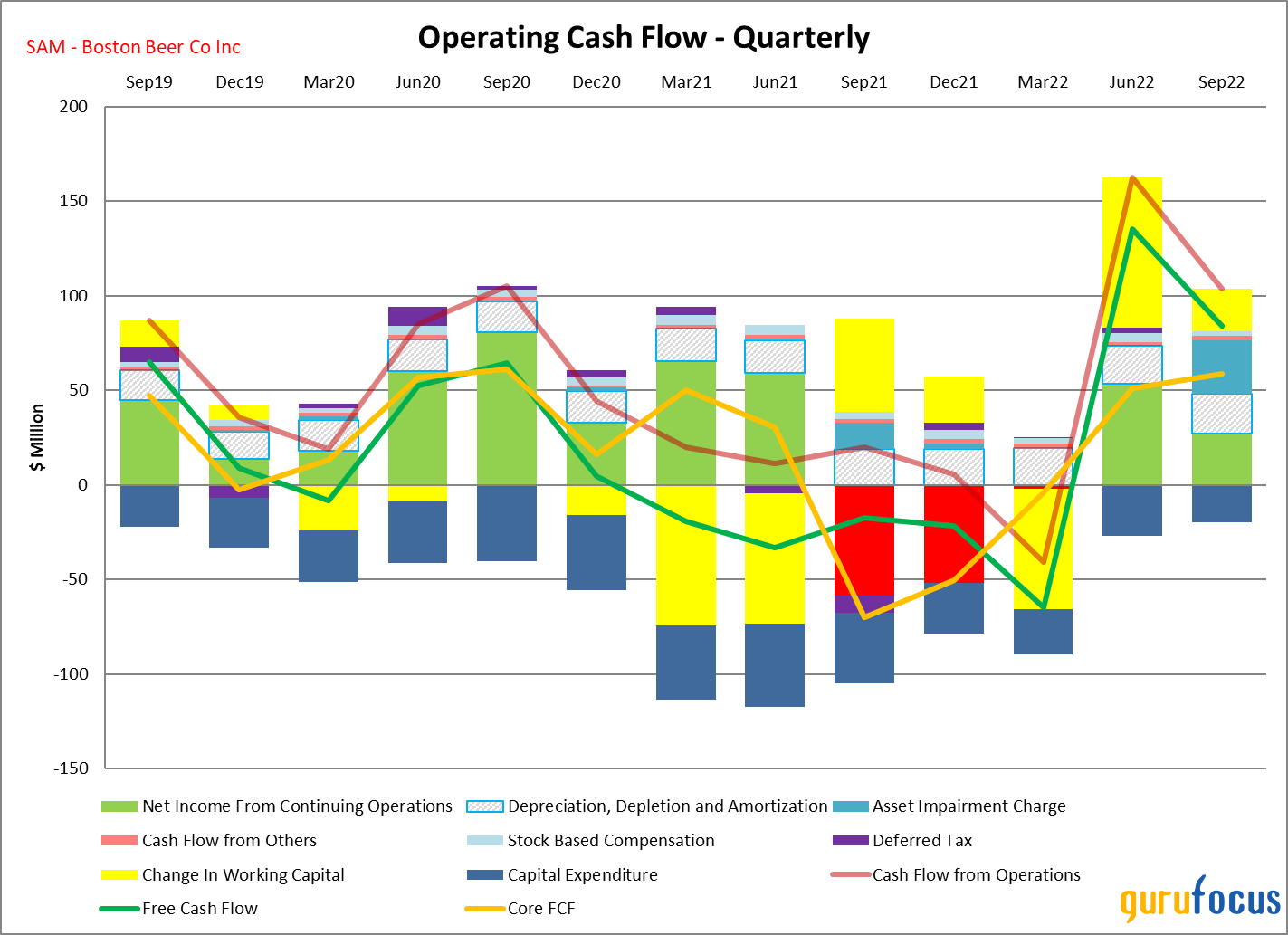 The balance sheet is in excellent shape. 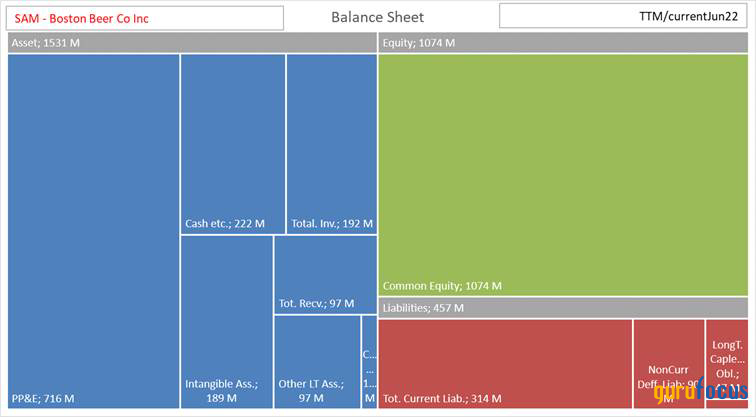 Insiders own about 18.5% of the stock, which ensures strong alignment of interests with shareholders. Three gurus followed by GuruFocus have recently bought the stock, while none have sold. 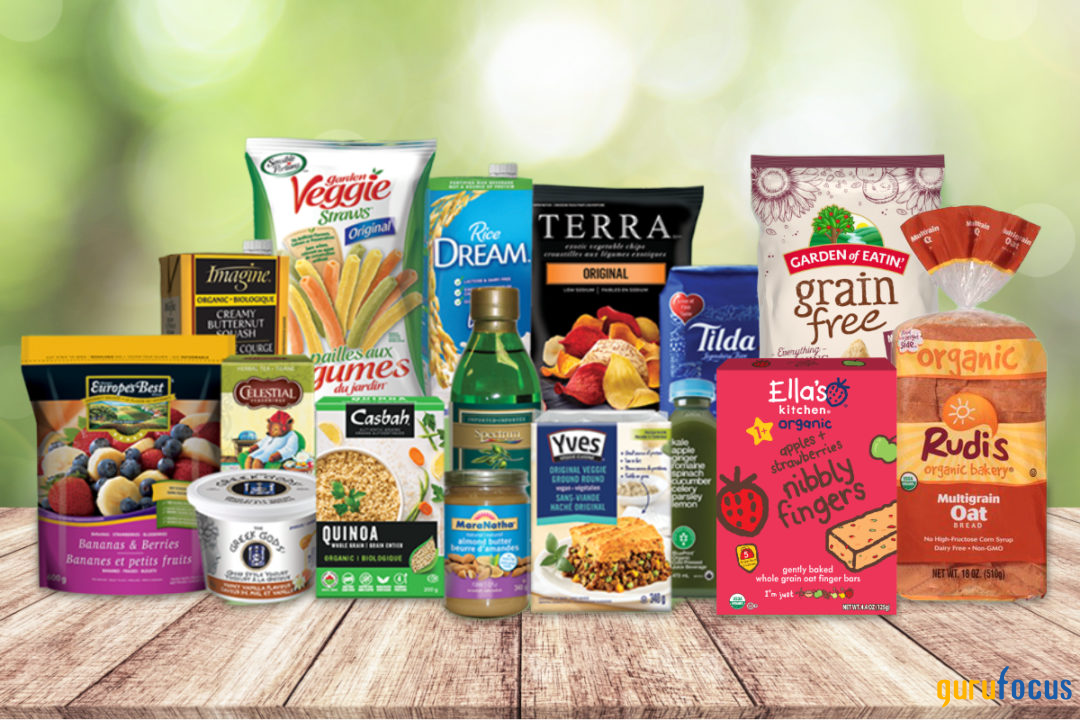 In its analysis, Morningstar noted:

"The company has faced some challenges in 2022, including losing a large European private-label contract in January. That being said, the company continues to experience market share and distribution gains in most of its portfolio. We also view Hain as a compelling acquisition target. We think Hain Celestial stock is worth $37.50 per share."

Again, GuruFocus appears to agree with the Morningstar opinion as the current share price of roughly $18.23 falls well below the GF Value of $37.05, indicating it is undervalued. 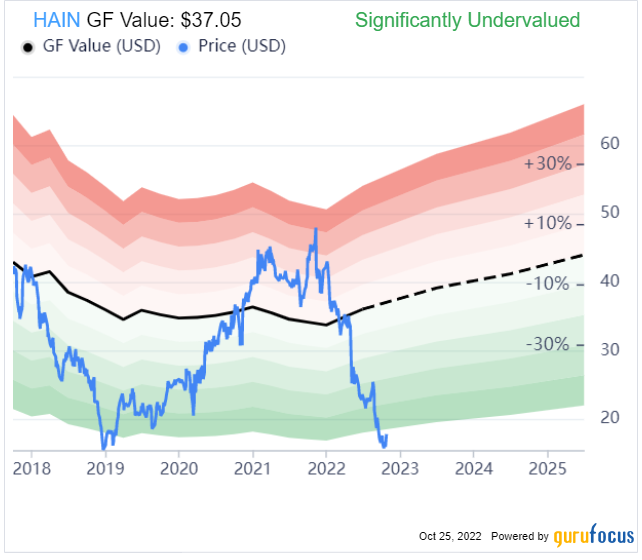 The GF Score of 62 indicates the company has poor performance potential going forward according to Gurufocus backtesting data. However I think the company acquisition potential and low stock price compensates for the relatively poor GF score. 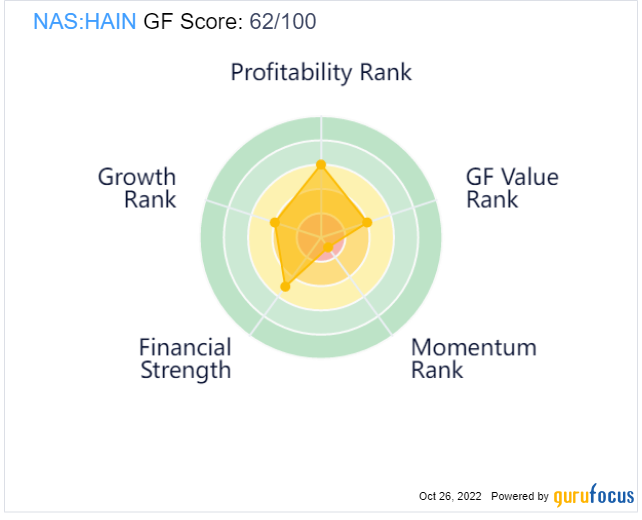 Hain has had a turbulent few years and management has been rationalizing the number of supported brands. Lately, it has been suffering from inflationary cost increases, which it has not been able to pass on to consumers. Overall, though, the core free cash flow (orange line) is trending in the right direction. 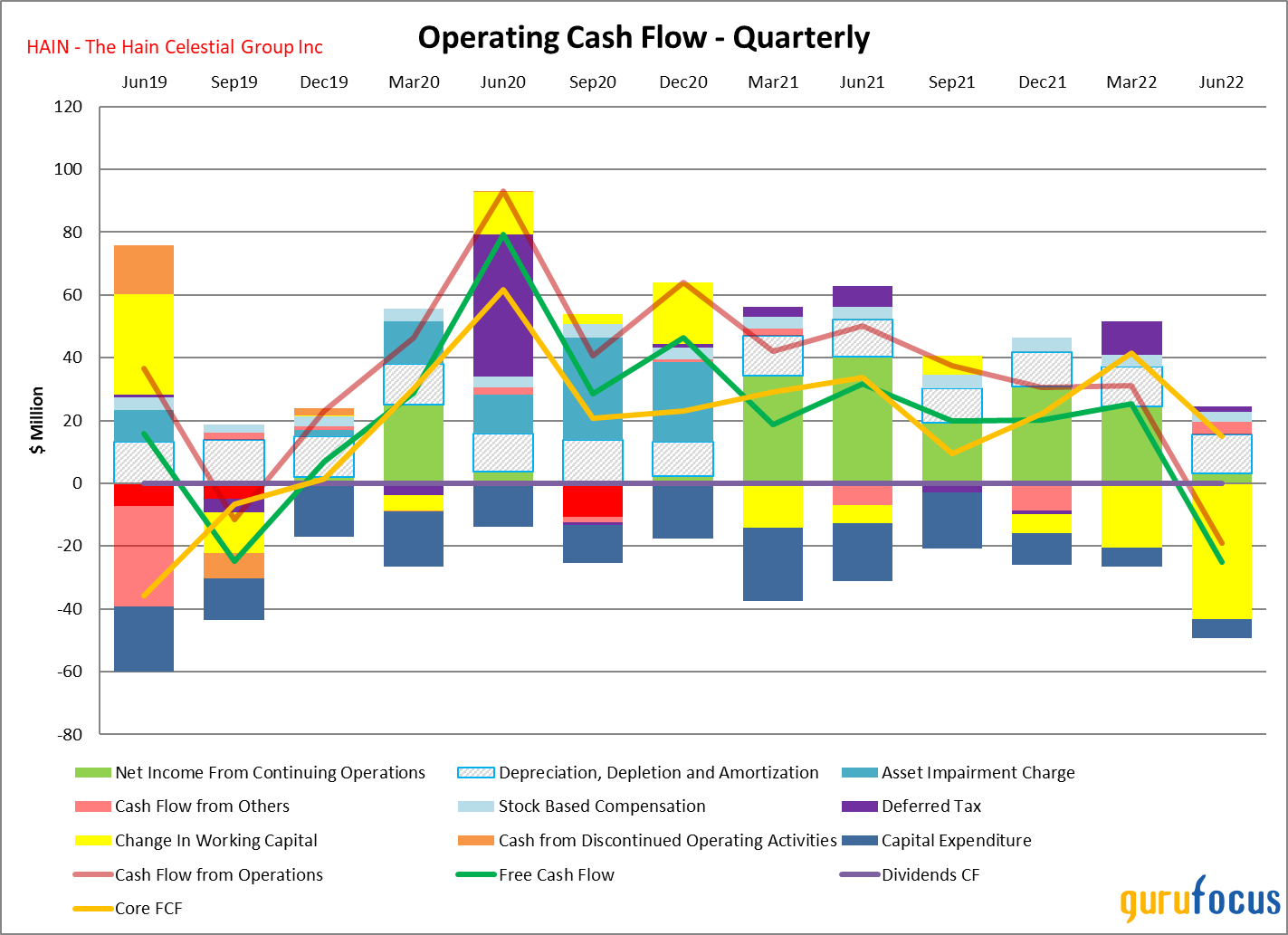 The company bought back about 10% of its outstanding stock last year, though debt has shot up as a result. Regardless, the balance sheet is not bad and it makes sense for the company to buy back stock while it is down so much. 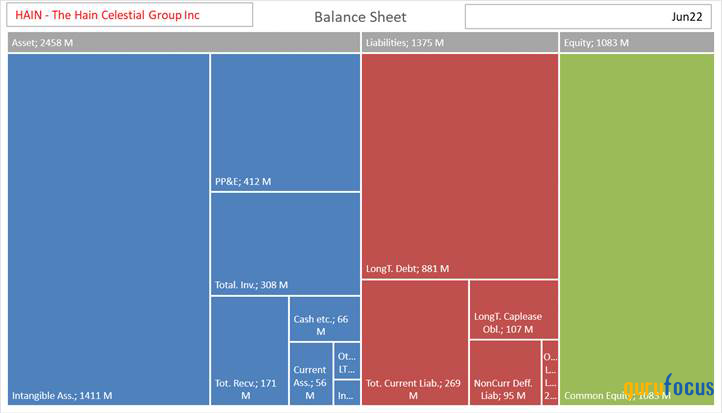 Several gurus have been buying the stock recently and only one sold.

Both Boston Beer and Hain Celestial are beaten down and in a turnaround situation. While Boston Beer is financially stronger, Hain Celestial may have larger short term potential due to its acqusition potential. Both have stable balance sheets and continued consumer demand, and have good value potential in the years ahead despite the state of the market.