Commenting on the sales figures for the biggest holiday shopping event of the year, President Harley Finkelstein said, "This year, Black Friday Cyber Monday showed us once again that consumers are voting with their wallets to support the independent brands they love."

The top-line surge might come as a surprise to many, considering the flimsy economic climate. On top of that, the Canadian e-commerce company's magnificent sales numbers follow a robust third-quarter earnings report, which caused the stock to surge nearly 15% over the past week, indicating a potential turning point for an asset that has shed approximately 70% of its market value since the start of the year. 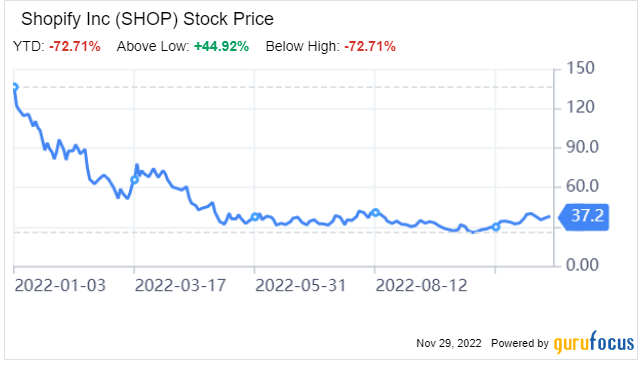 According to data from Shopify, 52 million consumers purchased goods from its retailers over the past weekend. In addition, the average cart order size increased to $104.80 from last year's $100.70, meaning price support and volume coalesced to produce blockbuster results.

Despite its global sales growth, prominent sales remained regional, with spikes in metropolitan areas such as New York, Los Angeles and London. In addition, general consumer goods such as apparel, accessories and beauty products made up the bulk of sales.

Seasonality anomaly theory suggests that momentum from Black Friday and Cyber Monday could persist throughout the holiday season. Although volume will likely taper, absolute sales numbers could remain elevated as households continue their end-of-year shopping spree.

Shopify's monthly recurring revenue increased 8% year over year, primarily due to its PRO Solutions. The comany's PRO Solutions division is proliferating amid the successful onboarding of prominent retail locations and merchants with substantial reach.

Furthermore, the subscription segment produced solid third-quarter results, climbing 12% year over year. Much of the segment's residual growth is likely due to higher application and theme store interest.

Despite its successful long and short-term results, the company has a few headwinds to contend with. First, consumer demand is in tatters amid recession fears. Thus, Shopify's latest sales surge may be due to a seasonal demand anomaly.

If a global recession occurs in 2023, followed by fading consumer demand, Shopify could find itself on the wrong end of the pendulum, with its cyclical attributes overriding its core capabilities. 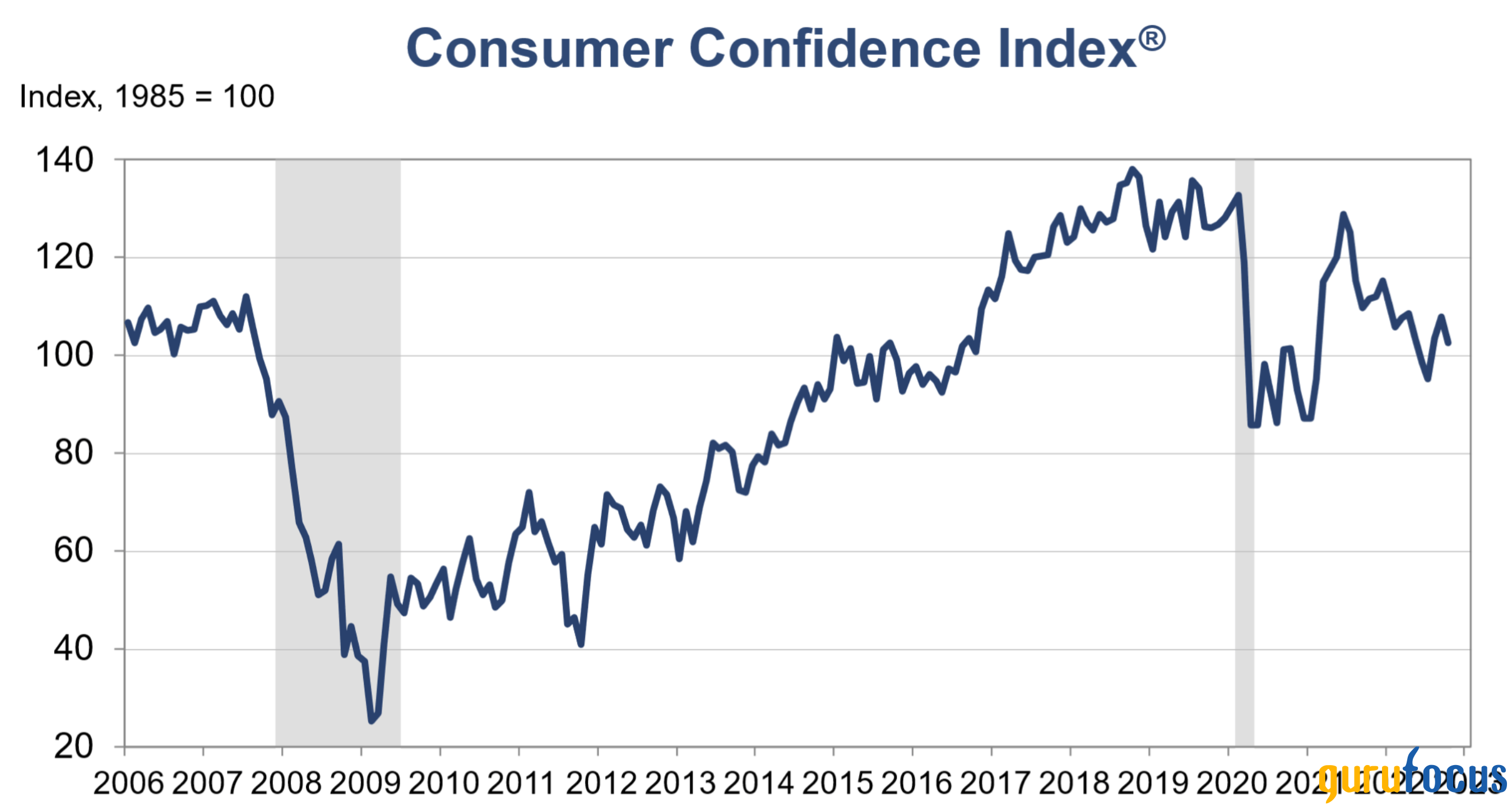 Source: The Conference Board

Furthermore, Shopify's income statement is a concern. The company's top-line growth has yet to be accommodated by efficient income statement management. Although the company remains in the early stage of its business cycle, most of its expenses are related to administrative and operating costs instead of research and development. Therefore, investors could grow increasingly impatient with a lack of residual value. 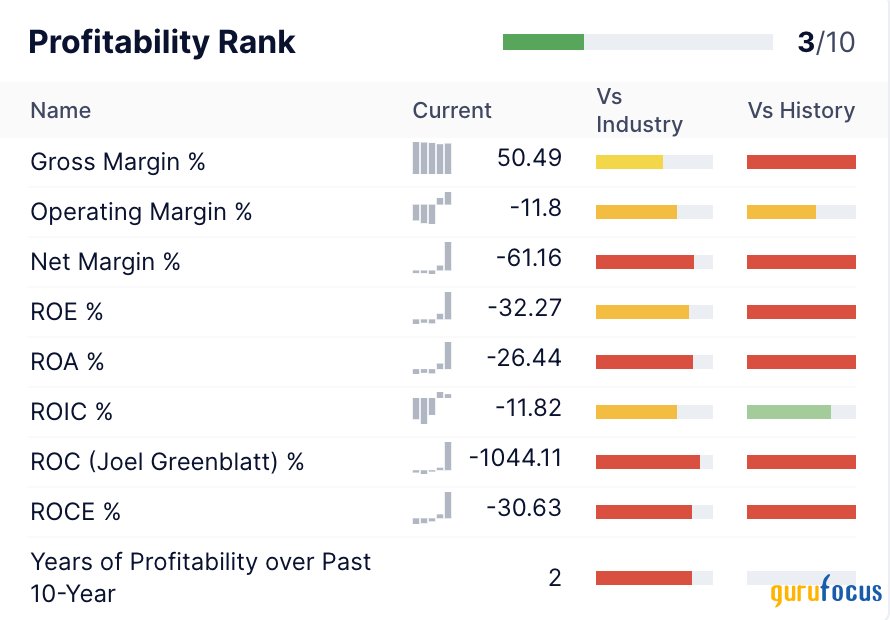 According to the GF Value Line, Shopify presents a potential value trap amid lackluster free cash flow, questionable net asset value and no earnings power to speak of. The value is based on historical ratios, past performance and analysts' future earnings projections. 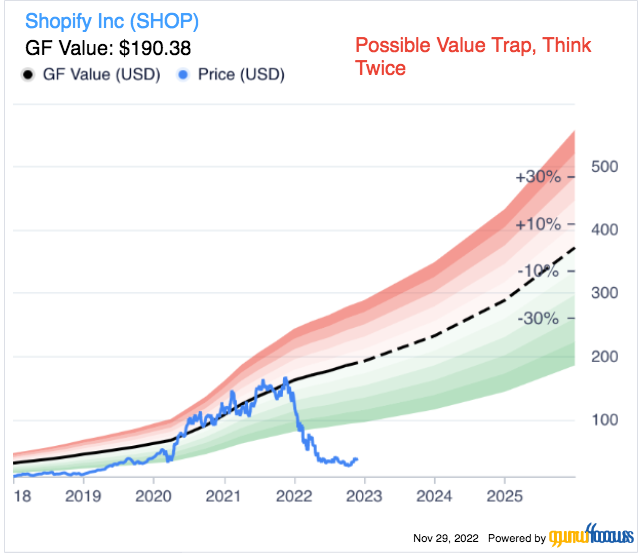 Shopify's relative valuation multiples are worrisome. Many analysts dispute the validity of price multiples when assessing hyper-growth technology stocks. However, evidence suggests top-line metrics such as the price-sales and price-to-cash flow ratios are helpful indicators.

Shares are trading at 9.47 times sales and 20.51 times net cash, consolidating the earlier claim that the stock is overvalued on a relative basis. 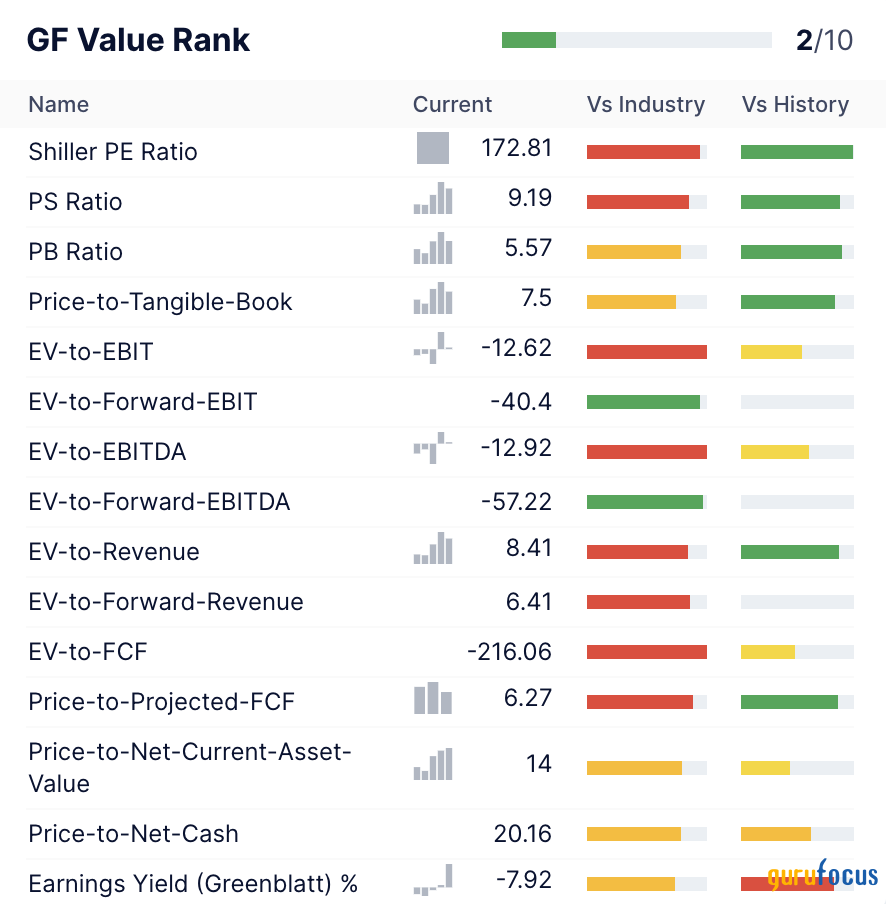 Lastly, Shopify's momentum metrics provide an interesting juxtaposition. The stock's time series momentum indicators suggest Shopify has turned a corner in the past two weeks as its relative strength index has jumped beyond the 60 mark. Whether the stock's momentum will be sustained depends on systemic support; however, in isolation, technical analysis implies it could be set for a comeback.

Shopify's latest sales surge is likely due to a seasonal anomaly. Nevertheless, the company possesses robust embedded growth with secular characteristics that cannot be ignored.

Despite its admirable fundamentals, Shopify is struggling with profitability amid elevated administrative and operating costs. Moreover, the stock's valuation metrics are questionable, meaning its recent recovery should be considered with a pinch of salt.