Is This Fast Food Giant a Safe Bet? 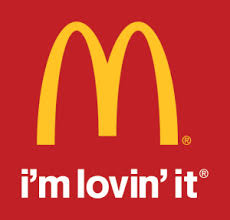 Founded in 1940, McDonald's (MCD) franchises and operates restaurants in the global restaurant industry. The company operates approximately 34,000 restaurants in 120 countries around the world. Recently, most of the company's growth efforts has been concentrated abroad, and international growth has been booming. The Oak Brook, Ill.-based company highlights the power of a brand that customizes its offering to local tastes in individual countries. This is its key success for increasing income and sales in Europe, despite the euro crisis and a troubled economy, 40% of total sales are from Europe.

MCD has a relatively small market in India, so the beef-centric fast-food chain plans to open vegetarian-only restaurants next year. This is a totally new strategy for the company, signaling a growing effort for expansion in India (where the majority of people don't eat beef). McDonald's is also venturing into the coffee market with the expansion of McCafe designed to appeal to coffee lovers with tight budgets, a common pattern in recessions.

McCafe is a great move by McDonald´s - it adds to profitability due to higher profit margins than the traditional fast food business, and it diversifies the company away from those fattening products with their negative health implications. McDonald´s will certainly continue expanding in the coffee business, and its size and global presence makes it a company to watch out for.

While the whole breakfast menu will not be available before standard breakfast hours, favorites like the Egg McMuffin (and its Egg White Delight variant), sausage burritos, hot cakes, oatmeal and hash browns will surely be there. They will co-exist with staples like Big Mac burgers and chicken nuggets. It is unbelievable but true - McDonald’s has as many as 140 items on its menu and there are 160 more in the pipeline. The company keeps introducing new items and pulling off old ones to keep the menu fresh.

Recently, McDonald’s faced a lot of turmoil, despite its strong business model and past success. Since January, MCD is down about 15%, with 8% of the loss coming since September. The reason behind its turmoil, including the sales decline, are its major competitors such as Burger King (BKW, Financial)and YUM! (YUM). It has smaller and different competitors such as Wendy's and Domino's. MCD is losing customers to its competitors because they are changing menus, expanding rapidly and marketing widely to a more diverse demographic. The company is also losing its valued investors, who are now preferring its competitors for better return.

Despite the issues mentioned about MCD, the financial position of the company does not look quite so grim, but it is far from perfect. The big thing that pops out right away is the large dividend MCD pays. For years MCD has been known as a great dividend stock, and it is currently paying a dividend of about 3% which is above average.

Additionally, with a PE of around 18, it is not as expensive as BKW, but is still above its peers; pair this with its higher P/B and P/CF values. So, it can be easily argued that the company is overvalued. Similar to BKW, these high ratios can be partially justified because of the ongoing growth and future prospects, as people will be willing to pay more for this future growth. However, overall it appears that BKW may be better poised for future growth, especially given recent earnings and performance.

MCD has a strong competitive advantage over Burger King. It is easier for McDonald's to negotiate more favorable lease terms with landlords and developers, due to its scale of operations. Furthermore, McDonald's owns 45% of the land and about 70% of the buildings for its restaurants, as of 2012. Unlike Burger king, McDonald's is full of assets, from land to hamburgers that can be recognized by most people in the world.

MCD is diversifying into new products faster compared to its peers. It is in good shape currently as it has large amounts of cash and lower liabilities. The EPS growth rate is 14.8%, and dividend growth rate is about 23%. MCD's current PEG ratio is about one, meaning it is priced perfectly in relation to its growth rate. MCD is spending over $8 billion on share buybacks.

MCD is facing stiff competition from YUM. Inflation is also posing difficulties to MCD as increases in costs for food and supplies will have a significant effect on its bottom line. McDonald's Corporation is one of the largest players in the international restaurant business with the market capitalization of $99.3 billion and annual revenues of $27.6 billion in fiscal year 2012.

As people continue to move toward a healthier lifestyle, fast food companies continue to face a variety of criticism, and have been forced to rethink their business models. Recently, each of these companies has begun offering healthier options. Despite the financial crisis, McDonald’s has managed its European operations well.

McDonald’s is a solid company overall. The global slowdown is certainly making its effects known, but the fast-food giant has solid fundamentals and improving technicals. MCD is one of the most respected global brands, even despite its current problems. MCD may be a good bargain moving forward, and with its worldwide brand recognition and presence, it is bound to be around well into the future.

MCD is surely amongst the best breeds in the fast food industry and it may be a worthwhile investment for the conservative investors. The company boasts a global operation coupled with an iconic brand image and a history of stellar business operations. McDonald’s is a safe blue chip with a great yield you can hold for years to come. McDonald´s has an attractive proposition for value-conscious customers.
Not a Premium Member of GuruFocus? Sign up for a free 7-day trial here.
Rating: 4 / 5 (12 votes)
1 Comments
Write for GuruFocus
Submit an article
How to use GuruFocus - Tutorials What Is in the GuruFocus Premium Membership? A DIY Guide on How to Invest Using Guru Strategies GuruFocus New Features