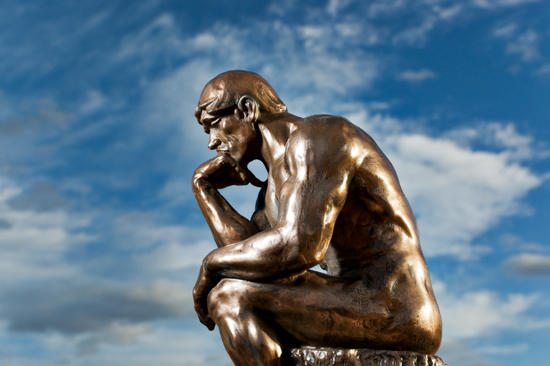 I recently watched a video lecture at Columbia from 2010 with Glenn Greenberg of Brave Warrior Advisors, and thought I’d share some thoughts.

Greenberg is one of the best investors of the past three decades. His track record over that period is excellent. From 1984 to 2009, he and his partner Jon Shapiro ran a firm called Chieftain Capital, where they produced annual returns in the mid-20s until 2008, when Chieftain lost 25%. The next year, Greenberg and his partner split the firm up into two smaller firms, with Shapiro retaining the Cheiftain name and Greenberg now running his own firm called Brave Warrior.

Greenberg has stated that he has returned to his roots of simplicity. He uses no computer models to arrive at valuation, preferringÂ simplyÂ to rely on his own analysis and judgment. He has gone back to his original method of jotting down notes on a yellow legal pad, and using very simple, common sense methods to value his businesses.

Greenberg is an interesting investor to study because he runs a very focused fund, choosing to concentrate his capital on his best ideas. He likes to own high quality businesses that he would feel very comfortable owning in the event of a “1987 style market crash.”

Here is what Greenberg’s portfolio looks like as of 12/31/13 (including the amount of his stock portfolio that each security represents):

Note: the position sizes do not include the level of cash that Greenberg holds, which would slightly lower the percentages.

He also has new positions in Tidewater, Bank of Americ, and Motorola Solutions. These three are very small — collectively just a fraction (less than 1%) of his portfolio, although they might become larger as Greenberg has stated that he generally doesn’t want to own a stock unless he is willing to put at least 5% of his capital into the idea.

You might notice that most of the positions are large cap stocks. Greenberg runs a large fund with over $2 billion of assets, and because he likes his stocks to represent meaningful portions of his portfolio (5% to 10% or more), this means he needs to allocate $200 million to $400 million or more to each idea. If he wanted to limit his firm’s ownership of any given company to around 10%, he would primarily only be able to invest in companies with a minimum market cap of around $2 billion to $4 billion.

He does say that just because a company is large, doesn’t mean it’s well understood or fairly valued. He discussed Google, mentioning that even though it’s a huge company, it is still not well understood. The vast majority of the analysts are all focused on short-term things such as cost per click next quarter, or EPS this year, etc., but very few people are thinking more broadly about the quality of the business. Analysts are paid to think in short-terms increments — quarters, one year at the most. Very few are thinking about the value of the franchise, and what the business will look like in five years.

This “gap” is what creates opportunity — even in large caps.

Greenberg has stated that with a smaller firm, he would certainly look at both small caps and large caps. In fact, Greenberg’s firm produced 28% annual returns in its first five years of operations, and many investments were small caps. Here is a great compilation of some old Barron’s articles from the late 1980s that discusses some of Greenberg’s early investments.

So Greenberg is worth studying, as his three-decade long track record is outstanding. The Columbia lecture from 2010 had some interesting topics. Greenberg discussed a few of his current investments that he owned at that time, including his thoughts on Google, Comcast and some health care ideas.

Takeaways from the Lecture

But I found his comments in the last 15 minutes of the lecture to be most interesting, as they pertained to a more general topic of how he thinks about investments as well as his process. Here are a few highlights:

So Greenberg has always been interested in investing in high quality businesses, but after his recent split with his partner, he has returned to his more simplistic methods:

Check out the full video for more of Greenberg's ideas: 2010 Columbia Lecture.

Here are a few other sources with info on Greenberg: