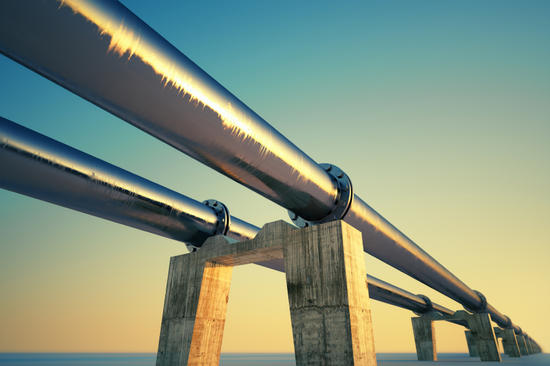 A year ago, we wrote in the November 2013 monthly commentary about our stance on energy stocks in our domestic strategies. At the time, natural resources were not a hot topic, but it was a good time to explain our shift from no exposure to a select group of energy holdings across market cap ranges. Because volatile commodity prices have made the space front-page news again, we thought it appropriate to update you.

First and foremost, we will review why the sector is in the news. From 2010 through late 2013, a barrel of oil traded up and down within a range from the mid-$80s through the mid-$100s; this time last year, it was just above $90. It rose to a high of just more than $101 by late June but then began to plummet, recently hitting a low of $66. Any shift of that magnitude in an important commodity will create stories.

Broadly speaking, conventional wisdom holds that five key factors two on the supply side, two demand-related and a currency issue explain the sharp slide. First, U.S. shale oil production has obviously increased dramatically over the past few years. Second, partially as a response to the U.S. boom, OPEC (especially Saudi Arabia) is continuing to pump oil in high volume in order to lower oil prices, and doing so puts pressure on projects that are profitable only at higher oil prices. From the demand perspective, many say global consumption has been lower recently, especially from Asia and more specifically from China. Some even suggest that oil prices are falling in anticipation of European recession. Finally, oil is a dollar-denominated commodity, so the strong dollar has contributed to the falling price of oil. In the end, there is little controversy over a broad statement: Supply is relatively high, demand is not rising in line, and the strong dollar also contributes.

With these simple facts on the table, two obvious but opposite courses of action are available to active managers who own energy stocks. Falling energy prices crimp the profits of energy companies; as such, one knee-jerk response would be to sell energy stocks. On the other hand, from a valuation perspective, such a selloff could cause energy stocks to drop in price. A contrarian would argue then that the stocks are cheaper than they were a few months ago. Moreover, because commodity prices are volatile, there is no telling whether oil prices will remain at these levels in the short term or especially over the long term. From that perspective, buying shares in energy companies would make sense.

Ariels strategy is altogether different. As independent thinkers, we do not purchase energy companies based on the movements of commodity prices. Ultimately, we view them as relatively volatile and almost completely unpredictable. As we noted last year at this time, we purchase individual companies in the broader energy industry when we think they have differentiated business models that do not simply depend on commodity prices. Therefore, you would expect our holdings to be largely stable over the past year. You would be correct, as shown in the tables below.

*The stocks in the table are ranked by amount of dollars invested firm-wide.

We had 12 energy and energy-related stocks in our domestic portfolios last year; we now have 11. Teledyne Technologies, Inc. (

TDY, Financial) announced it would acquire Bolt Technology Corp. (BOLT, Financial) in September 2014, so we sold the stock. Not only are the holdings nearly identical, so too is their ranking by dollars in our portfolios. We believe that strongly reflects a consistent preference for the underlying businesses. Finally, we have largely gravitated toward energy-related holdings rather than pure-play exploration and production (E&P) companies. In the top seven holdings, just one, Contango Oil & Gas Co. (MCF, Financial), is an E&P firm. It is relatively difficult for a small- or mid-size E&P company to develop a durable competitive advantage. However, it is important to note that we do own larger exploration experts in our all-cap portfolio, including Exxon Mobil Corp. (XOM, Financial), Chesapeake Energy Corp. (CHK, Financial), and Apache Corp. (APA, Financial).

The opinions expressed are current as of the date of this commentary but are subject to change. The details offered in this commentary do not provide information reasonably sufficient upon which to base an investment decision and should not be considered a recommendation to purchase or sell any particular security. Past performance is no guarantee of future results. Investing in equity stocks is risky and subject to the volatility of the markets. Investing in micro-, small and mid-size companies is more risky and more volatile than investing in large companies.