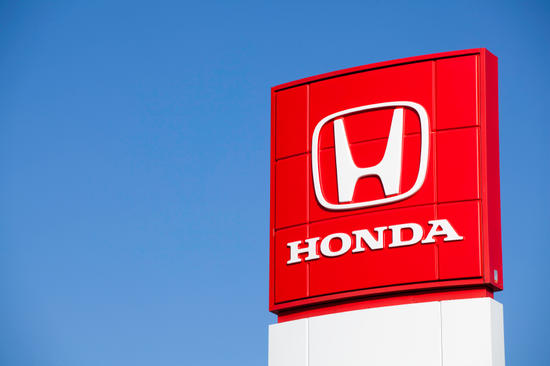 HMC, Financial). Yes, you read that right. Some latest developments in the aviation oriented business interests of the Japanese automobile multinational Honda shows that the quintessentially future focused company’s focus on taking human mobility skywards is not only for real but has taken off in the right earnest.

It has to be added here that Honda is not the only automobile major who has interests in the sky. To name a couple of them which are prominent in this niche are Luxury car maker Rolls Royce (

RYCEY, Financial) which has a thriving business in aviation. One of the subsidiary companies of the technology focused Volvo (VOLVY, Financial) is in the business of aviation engines, aviation components and after-sales service market.

Honda gets into aviation services, expands network
Honda has announced its foray into the lucrative and high tech business of aviation services. GE Honda Aero Engines (GHAE) has recently made an announcement stating that all elements are in place to support a successful entry into “service” in 2015. For this purpose and in tune with its policy to expand its network, the company has forged an alliance with aviation services company - Marshall Aviation Services, in Cambridge, UK. “We are delighted to work with Marshall Aviation Services and welcome them to join our exceptional network of service providers”, said Steve Shaknaitis, president of GE Honda Aero Engines, commenting on this development.

At present GHAE has an authorized Service Provider network for the HF120 engine that currently includes TAG Aviation in Farnborough, UK and Rheinland Air Service in Mönchengladbach, Germany. It may be pointed out here that GE (

GE, Financial) and Honda formed the equal partnership joint venture - GE Honda Aero Engines in 2004. It is based in Cincinnati, Ohio. Honda has further announced that GHAE’s dedicated production facility, Honda Aero, Inc.’s Burlington, NC site has set for itself a target to produce around 100 engines in 2015, in wake of high demands. This facility has received its FAA Production Certificate in March of 2015.

Honda Light Jet, Ahoy!
At a recent press release at the 2015 European Business Aviation Convention and Exhibition (EBACE) in Geneva, Switzerland, the Honda Aircraft Company (HAC) declared that Honda light Jet, which is making its public appearance at the EBACE, will be making a demonstrative tour after the EBACE 2015. Honda Aircraft Company happens to be a wholly owned subsidiary of Honda Motor Co Inc. which in turn is a North American subsidiary of Honda Motor Company Limited.

The European demonstration tour comes close on the heels of a successful Japanese tour for Honda Jet where about 10,000 people have had the opportunity to see the Honda Jet, which is being touted as the world’s most advanced light Jet. “We have been extremely pleased with the performance and reliability of the Honda Jet during the world tour and are excited to bring the aircraft to Europe,” said Honda Aircraft Company President and CEO Michimasa Fujino. He added, “On its flight routes to Japan and Europe, the aircraft experienced a range of conditions, and the Honda Jet is demonstrating its maturity and readiness for entry into service.”

A host of customer support to position itself in aviation services
There are several customer support operations that GHAE has charted out for its services chapter. These include a one-stop customer support portal, parts logistics with an online inventory viewing and ordering system, warehousing of new and repaired parts, rental engines supporting the fleet, technical manuals for easy navigation et al.

Analysts feel that Honda is essentially adopting a 360 degrees approach to establish itself as a serious player in the aviation sector. The light Jet and the Services initiatives are both part of a larger game plan to position itself, especially into the aviation related services sector.