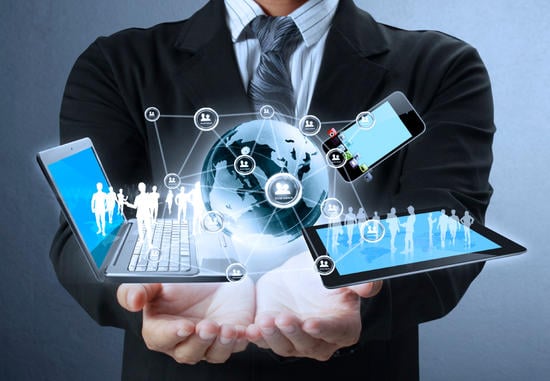 GuruFocus provides a High Yield Dividend Stock page for income investors. This feature allows you to sort stocks by business predictability, or whether gurus are currently holding the stock. Further, you can narrow companies down by sector and market capitalization.

The following are five high-yielding companies in the technology sector that gurus are buying.

Seagate provides data storage solutions with hard disk drives. The stock dropped 22% over the last year to close at $46.28 on July 13. The company is undervalued according to the Peter Lynch earnings line, which is at $88.40 based on first quarter earnings.

Over the past five years, EBITDA per share increased by about 18%, recording at $7.58 in 2014. In the preliminary earnings for Q4 2015, Seagate said it expected to report $2.9 billion in revenue, down from the previously forecasted range of $3.2-3.3 billion. The official earnings will be released on July 31.

Garmin produces hand-held, wrist-based and portable GPS devices. The company began in 1989 by making GPS devices for planes, and while the segment still accounts for 15% of revenue, Garmin is a major player in the wearable tech market. Its GPS watches are popular among serious runners and athletes. The stock declined 19% in the past year, closing at $46.37 on July 13. Its P/E ratio is 28.8 and the P/S ratio is 3.12.

In 2014, net income was $364 million, down from $612 million the year before. The graph below shows the income trend over time.

Quality Systems’ free cash flow has been steadily increasing over the years, recording at $61.6 million in 2015. Over the last five years, free cash flow increased by 6.5%. For Q4 2015 ended March 31, the company reported net income of $10.7 million, which increased an impressive 107% over the year-ago period.

Landauer provides technical and analytical services to determine occupational and environmental radiation. This includes complete radiation dosimetry services to hospitals, medical and dental offices, universities, national laboratories, nuclear facilities and other industries in which radiation poses a potential threat to employees. The stock declined 12% in the past year, closing at $37.98 on July 14.

Revenue for Q2 2015 declined 2.6% from the year-ago quarter to $38.1 million. This was due to unfavorable foreign currency exchange rates, as well as a decrease in sales in Europe. Net income also declined to $3.5 million from $4.5 million in the year-ago quarter. The graph below shows the company’s annual net income over time.

SoFun is a real estate internet portal in China that operates home furnishing and improvement websites. The company is domiciled in the Cayman Islands. The stock price is down 24% in the past year and closed at $7.67 on July 14. The current P/E ratio is 15.62 and the P/S ratio is 4.97.