Seth Klarman (Trades, Portfolio), who founded the Baupost Group in 1982, continues to run the hedge fund focusing on value investing. It shows how much Klarmanrespects Benjamin Graham's philosophies and principles in this interview conducted in 2011 by Charlie Rose.

You can watch the interview here: https://www.youtube.com/watch?v=ohtAnE8C4Ao

Klarman most recently purchased 52,270,000 shares of Alcoa (AA), a company known for its work with lightweight metals and advanced manufacturing techniques.

Alcoa is also traded in Australia, Germany and Argentina.

Here is the Peter Lynch Chart for Alcoa: 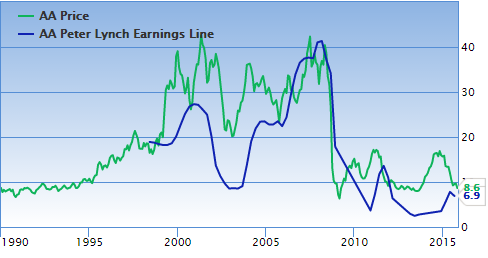 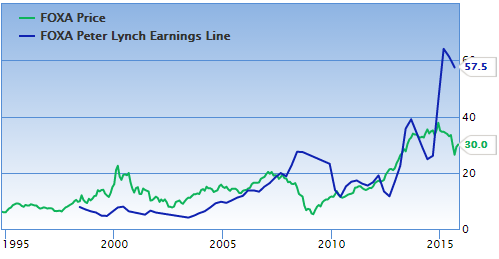 Above is a Peter Lynch earnings chart for Twenty-First Century Fox. 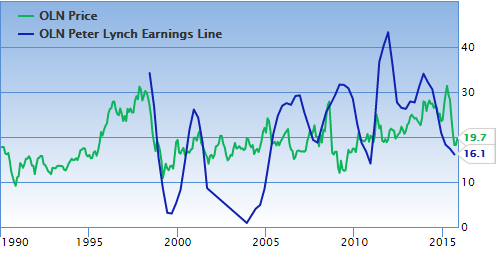 Kyle Ferguson is an investor, author of The Christian Bubble, and he is a world-renowned human and animal rights activist, and the co-founder of The Light Movement. He is outspoken, fearless, and relentless. Kyle lives in Montreal, Quebec, and he is dedicated to making the world a better place with love and light.
How to use GuruFocus - Tutorials What Is in the GuruFocus Premium Membership? A DIY Guide on How to Invest Using Guru Strategies GuruFocus New Features
Write for GuruFocus
Submit an article