The Future of Value Investing

As value investing heads into its 2nd century, is it as relevant today as in Ben Graham's time? 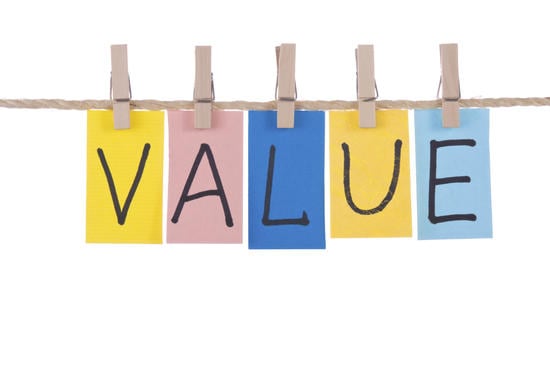 “The four most expensive words in the English language are ‘This time it’s different.'"Â – Sir John Templeton

Since I started in the investment world over 20 years ago, one concept has been the north star of my methodology – over time, value investing will outperform growth investing. Unfortunately the validity of this tenet has been stretched further and further in recent years until – at this point – it resembles a rubber band ready to snap.

Since the 1990s growth has outperformed value in nearly every cycle. This even includes the 2008-2009 market swoon.

Many value investors old enough to be in the business before the mid-1990s are beginning to question the viability of core value tenets. One such individual is

Jeremy Grantham (Trades, Portfolio) at GMO. In a two-part article (it can be found here), Grantham openly confessed that traditional value investing has ceased to work since the mid-'90s.

I can certainly attest to this. My returns at the Nintai Charitable Trust (which I used to manage) from 2009 to 2015 as well as my time at Dorfman Value Investments (since June 2016) have demonstrably proven this to my considerable chagrin. My outperformance over the 10-year period 2006 to 2015 occurred in large part because I lost far less than the Standard & Poor's 500 during the market swoon in 2008-2009. I achieved this by holding far more cash than others. Since 2010 (through May 30) I have underperformed in five of eight years and in total roughly matched the S&P 500 (including costs).

Whether it was Eugene Fama and Kenneth French’s paper “Value vs. Growth: International Evidence”[1] or Tweedy Browne’s “What Has Worked in Investing,”Â value investors have been confident in pointing out that over the long term value generally (though not always) outperforms growth. That expectation of traditional outperformance has become some thin gruel on which to survive in this market.

Of great interest (at least to me) is the breadth of underperformance within the value investing community. For instance, my co-worker John Dorfman is a dyed-in-the-wool value investor seeking companies with low price-earnings (P/E), low price-book (P/B), low price-sales (P/S), strong balance sheets and decent return on equity. My type of value investing is so far from Dorfman’s that he questions whether I’m a value investor at all (it makes for interesting conversations). I look for no-debt, high ROIC, high ROE, high ROA, high FCF/percent of revenue and a significant discount to my estimated fair value. I utilize a DCF method to calculate estimated intrinsic value, and Dorfman does not. What’s interesting about this is even with the differences between our methodologies, he and I have both underperformed in the short term and outperformed in the long term.

So what gives? Is value investing dead? I’m one who believes it isn’t, but value investors have found themselves in a market that makes little to no sense to them. I would posit several factors have changed the methodology of finding value in today’s markets.

Part of this underperformance is the change in what investors are willing to pay for growth. In the period 1970 to 1995, the average P/E ratio was roughly 14. That is to say investors were willing to pay $14 for $1 of present earnings. The period after that – 1996 to 2017 – saw an enormous increase in the amount investors were willing to pay. During this time the average P/E ratio ballooned to roughly 23 – a 64% increase. This increase reflects an extended period of low interest rates and perhaps a consensus that earnings growth will be quite high in the ensuing decade through 2027.

Connectivity is wider and deeper

From the 1930s until the mid-2000s the concept of value investing was pretty straightforward. Find a company or industry that suffered a setback, confirm the stock is underpriced, purchase shares and wait until the general markets see the light. This model worked well until the severe bear market of 2008-2009. Many successful value investors purchased shares in financial services at that time on the assumption that cheap valuations were terrific opportunities. Unfortunately, many of these companies continued dropping until they reached bankruptcyÂ [2]. It wasn’t obvious to many that a collapse in housing prices in Peoria could lead to the destruction of Washington Mutual – or even Lehman Brothers. Going forward, value investors are going to need to see connections they’ve never seen previously. Risk is more complex with more dependencies and potentially unseen interactions.

A general and willful abdication

Fifty years ago it was a given that you could open a company’s annual report and review financial data pretty much the same way as a thousand other stocks. Earnings were based on GAAP, and free cash flow was based on free cash flow. Those were the days. Today any type of measure might be used to describe a company’s financials – EBITDA, non-GAAP earnings, balanced free cash flow, etc. The ability to find value based on egregiously poor financial statements make it harder to develop an accurate intrinsic value.

I should be clear none of these changes are an excuse for underperformance. No investor wants to hear about why his or her money manager has performed poorly. The investment management business is an exacting taskmaster.

Being a value investor has always meant being out of step with the broader markets. To continue this tradition, value investors will need to change their perspective. Not by losing the tenets of Ben Graham, but rather by applying them differently in today’s financial markets. Cutting through much of the noise – market prognosticators, Wall Street marketing machines, and other such financial carnival barkers – will be necessary to focus on the only important measure a value investor cares about: price to value. By utilizing data that simply wasn’t available in Graham’s day, value investors are not part of a dying class but rather an evolving species.

[2]Â Many prominent value investors doubled down on financials by applying the standard value approach of buying on the dips. Unfortunately these dips became crevasses. Much like many value investing tenets, this one took a horrible beating in the Great Recession.

Also check out:
Not a Premium Member of GuruFocus? Sign up for a free 7-day trial here.
Rating: 5 / 5 (11 votes)
5 Comments
Write for GuruFocus
Submit an article
How to use GuruFocus - Tutorials What Is in the GuruFocus Premium Membership? A DIY Guide on How to Invest Using Guru Strategies GuruFocus New Features