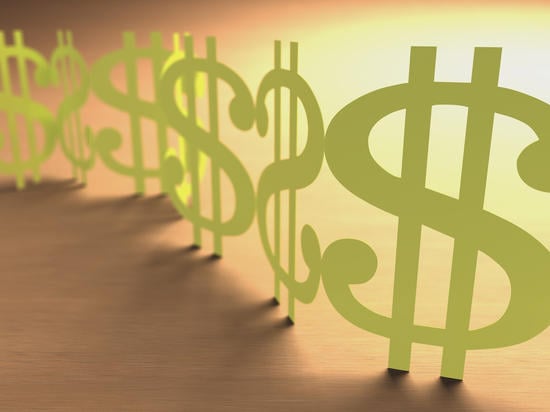 Having met the initial hurdles of the Macpherson model for great companies, this small-cap deserves more intensive research.

Diamond Hill is an asset management company; on its website, the firm describes its mission this way: “At Diamond Hill, we serve our clients by providing investment strategies that deliver lasting value through a shared commitment to our intrinsic value-based investment philosophy, long-term perspective, disciplined approach and alignment with our clients’ interests.”

It offers 13 mutual funds and one exchange-traded fund to its clients. According to data on the site, its funds have consistently outperformed the Russell 1000 since inception (2001). The firm had $22.3 billion of discretionary assets under management as of its latest Form ADV filing on March 2.

Often, it seems, asset management companies are better investments than the funds they sell. This table shows Diamond Hill’s returns on its no-load, small-cap fund, DHSCX:

Here is an excerpt from the company’s dashboard profile at GuruFocus—note that Diamond Hill is also a small-cap company:

Compare the small-cap mutual fund's returns with its ROA and ROE shown on the dashboard. Investors are going to like the company more than its mutual funds. Across the whole range of Diamond Hill funds, as tabled in the 10-K filed Dec. 31,Â returns were close to their benchmarks, sometimes slightly above and sometimes slightly below.

So we have a company that is a candidate for great company status, subject to in-depth research. But, is it available at a great price or less than intrinsic value, as defined by the Macpherson model?

Yes. The "current" price, as of March 21, is $207.62, while the discounted cash flow values are $243.31 (free cash flow-based) and $403.56 (earnings-based). Both forms of DCF, using default values in the DCF calculator, show higher intrinsic values than the current price. The stock is, theoretically, at least, undervalued.

As the following price chart shows, Diamond Hill enjoyed relatively consistent long-term growth until peaking at $221.13 on Nov. 30, 2015 and plunging to $157 in January 2016. Since then, it has been somewhat rangebound, but still trending upward:

Despite the chart, Diamond Hill’s management is optimistic; it has been paying special dividends each December for each of the past 10 years. As if guiding investor expectations, the special dividends have matched the year numbers since 2013:

The company does not pay a regular dividend nor buy back shares, and it carefully stipulates that payment of a special dividend is no assurance there will be more of them in the future.

Turning to opinions of the company, three of the gurus followed by GuruFocus hold positions:

In comments posted on Oct. 29, shortly after the third-quarter 2017 results were announced, Joe Tenebruso of The Motley Fool commented:

“Diamond Hill's asset-light business model scales nicely as its AUM grows; its investment team can manage billions of dollars in additional capital without much of an increase in expenses. In turn, the company's operations produce vast amounts of free cash flow, to the tune of more than $40 million so far in 2017. And management has made a habit of passing a sizable chunk of this cash on to shareholders in the form of special dividends.” (The Motley Fool reports it owns share of and recommends Diamond Hill.)

In an another article posted three weeks ago, The Motley Fool observed Diamond Hill grew its assets under management by more than 15% in 2017, while many of its actively managed peers were losing ground to index funds and other vehicles.

A couple of charts indicate the company has had a relatively smooth upward ride, despite the gyrations of the share price. The revenue chart shows the company more than tripling its revenue between 2008 and 2017, from $42.2 million to $145.2 million:

Pending deeper research, it seems the share price of Diamond Hill Investment Group continues to be overshadowed by the plunge of late 2015 and early 2016.

That would make it a great company at a great price, based on

Warren Buffett (Trades, Portfolio)’s articulation of the concept and Macpherson’s implementation of the idea. It easily meets all the great company criteria by good margins and has no debt.

It has continued to thrive when many other activist managers are being pushed back by the switch to passive investing. As the revenue and earnings per share charts show, it has a lot of momentum going forward, perhaps enough to encourage investors to buy in (to the stock, not the funds).

In addition, Diamond Hill offers value investors an opportunity to buy into a value investing money manager, subject, of course, to further due diligence.

Disclosure: I do not own shares in any of the companies or mutual funds named, and do not expect to buy any in the next 72 hours.