With its membership model, loss leader strategy and low SKU count, Costco can keep producing growing revenue and cash flow in the future 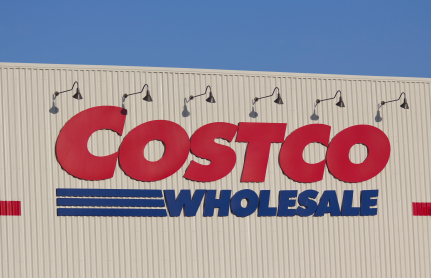 COST, Financial) has been delivering good returns for its shareholders. In the past five years, it went from $111 to $200, with a compounded annual returns of 10.91%. It has outperformed retail and consumer staples industry at great length. In the same period, the Consumer Staples Select Sector SPDR ETF (XLP, Financial) and SPDR S&P Retail ETF (XRT, Financial) only delivered annual returns of 7.15% and 6.07%, respectively. With the unique retail strategies that Costco has been applying, including its membership model, loss leader and low SKU count, Costco will keep growing sustainably in the future.

In order to shop in Costco, shoppers must become a Costco member by paying an annual subscription fee. Shoppers pay for the membership fee in exchange for an opportunity to buy large quantities of products at very low prices. Although the membership price has just recently increased by $5 to $60 for standard membership and by $10 to $120 for executive membership, members are still very loyal to the company. In 2017, the membership renewal rate was as high as 90% in the U.S. and Canada, and 87% worldwide.

“The single most important decision in evaluating a business is pricing power. If you've got the power to raise prices without losing business to a competitor, you've got a very good business. And if you have to have a prayer session before raising the price by 10%, then you've got a terrible business.”

Costco falls into the first category, raising prices consistently over the years. When it opened the first warehouse in 1983, it charged only $25 for annual membership. Every five years, it raised membership prices by $5. Despite the price increase, the number of members has kept going up over the years. Since 2012, the total number of members jumped from 33.1 million to 49.4 million.

Because Costco has a huge number of loyal members, I do not think retail juggernaut Amazon (AMZN) poses significant threat to Costco. In addition, while other retailers and warehouse businesses have to close down stores, Costco has kept opening new warehouses. There have been 20 new Costco warehouse clubs opened in the past 12 months. It seems like Costco and Amazon Prime have little cannibalization. In the recent UBS survey of 1,500 shoppers, around 62% of Costco shoppers have Amazon Prime memberships. The most frequent Costco members, who shop more than four times a month, are likely to have Prime membership. Members come to Costco for big purchases and best bargains, while Amazon Prime offers members convenience and fast two-day shipping.

Costco also follows aÂ loss leader strategy, meaning that the company sells some of its products at or below profit margin to drive traffic to its warehouses. Some of Costco’s main loss leader products are rotisserie chicken, hot dogs and soda combo and gas. Last year, Costco alone sold 87 millionÂ rotisserie chickens out ofÂ 625 million rotisserie chickens sold at supermarkets in the U.S. Instead of raising chicken prices, Costco has kept the price steady at $4.99 each, which eats away $30 million to $40 million of the company’s gross margin.

Costco plans to expand the chicken offering further. It invested $300 million into a chicken processing plant in Nebraska, with the processing capacity of 100 million birds per year -- a quarter of Costco's annual need.

Indeed, the loss leader products are the hook to call for more members to shop in Costco's warehouses. When members come inside the warehouse, they can pick up other products with higher margin.

In addition, Costco has a lower number of SKUs than its closet competitor, Walmart (

WMT, Financial). The company has always tried to limit items to fast-selling models. Each warehouse carries around 3,800 SKUs, while Walmart’s average SKUs per store are as many as 120,000.

By having low SKU count, Costco can minimize costs and maximize efficiency, resulting in more cost savings in operation. In addition, Costco can have higher purchasing power. With economies of scales and few SKUs, suppliers have to bid for shelf space for Costco and supply to Costco their products at lower prices than normal. Costco then passes the benefit of low prices to its members, enhancing members’ loyalty and increasing traffic to its warehouses.

The factors above have led to consistent growth in operating performance. Just recently, Costco released very good May sales results. For the month, it generated more than $11 billion in revenue, year-over-year growth of 14.1% The comparable-store sales were high in every operating region, with an average comp sales growth of 11.7%.

Thus, with this conservative assumption, we arrive at $123.36 billion in Costco’s enterprise value. In that case, in two and a half years, investors could have a compounded annual return of 14.6%. In addition, Costco is a constant dividend payer. At the current price, its dividend yield is 1.12%.

Costco can increase its membership price without affecting its renewal rate. That is quite powerful. Over time, the number of membership will keep getting higher, and the membership fee will also increase gradually over time. With the unique business strategies discussed above, Costco can generate higher revenue, higher profit and higher cash flow, which in turn delivers good returns to investors in a long run.