A Look at Tepper's Bigger Stakes in Casino Stocks

Patient investors may want to look at the slow-growth stock of a casino operator that markets to middle-income customers. David Tepper's casinos have operating margins better than 70% of peers 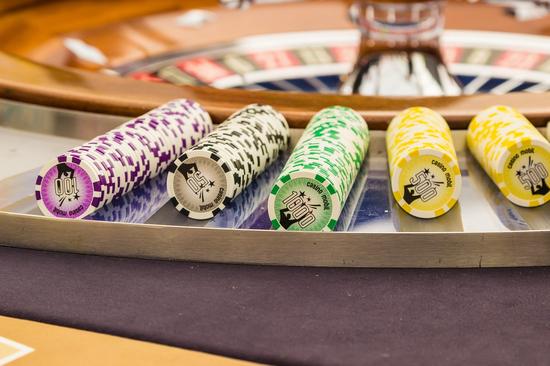 A small corner of

David Tepper (Trades, Portfolio)’s hedge fund holdings came under scrutiny several weeks ago when the guru took a particular interest in a professional sports franchise. He's been known to like American football. After all, doesn't this Pittsburgh-bred guru hold a minority interest in his hometown team, the Pittsburgh Steelers?

In recent months, Tepper has been expanding stakes by up to 115% in some of the world's largest casino operators, including Caesars Entertainment Corp. (

Under rules set by the National Football League, owners cannot run casinos. However, Tepper’s limited role has allowed him to buy the Carolina Panthers. He paid $2.2 billion for the league's 29th franchise, according to news reports. (Tepper also holds a minority interest in the Pittsburgh Steelers.)

Let’s take a look at Tepper’s casino holdings and how they are faring after the second quarter of the year.

Caesars Entertainment is the largest casino company in the U.S., as measured by U.S. gaming revenue. As of December 2013, the company operated or managed 52 casinos in 13 U.S. states and five countries. The company operates primarily under the Harrah's, Caesars and Horseshoe brand names. Approximately 95% of the company's revenue and cash flow is derived from the U.S.

Tepper held more 12.6 million shares of Caesars Entertainment, most recent filings showed. The sale price was an average of $12.77 a share. The shares sit in about 0.79% of Appaloosa LP’s more than $9.6 billion portfolio. It is among a total of 52 stocks that make up the firm's equity portfolio.

In the fourth quarter of last year, he initiated the position, buying more than 5.8 million shares for an average price of $12.68 a share. The investment reported an estimated loss of 10% on Thursday.

The stock has gained 75% over the last three years of trading. It stood at $10.48 a share on Thursday afternoon, down 0.22%. Caesars traded above its historical value on Thursday, according to the GuruFocus median price-sales chart.

GuruFocus found some severe warnings, including revenue per share in decline for the last five years and operating margins in decline. Caesars posted a profit in the last year, but has dealt with inconsistent and poor earnings over the years. Its revenues hit a high of more than $10 billion prior to the economic recession. Profits inched up to $375 million in 2018 after last year's losses.

GuruFocus ranks the company 4 out of 10 in financial strength and 5 out of 10 in profitability and growth. Gurus who owned Caesars in the first quarter included Â

The company recently made headlines when it announced a lawsuit against more than 1,000 victims of the shooting at the Mandalay Bay in Las Vegas. On Oct. 1, 2017, a shooter opened fire on a crowd of thousands, killing 58 people and wounding hundreds. MGM cited a federal anti-terrorism law that protects companies from similar lawsuits.

MGM Resorts is the largest resort operator on the Las Vegas Strip with 48,000 guest rooms and suites, representing about one-third of all units in the market.

The guru’s MGM shares sit in about 0.63% of the equity portfolio. In the last quarter, Tepper expanded his stake by more than 74% to 4 million shares of the company. His average purchase price was $35 a share. The investment has lost an estimated 12% in trading.

In trading on Thursday, the stock stood at $30.70 a share, down 1%. It is trading at 9.05 times price-earnings, which is higher than 83% of its competitors in the Global Resorts and Casinos industry.

It is trading at 24 times forward earnings, which is lower than 71% of its competitors. In the trailing 12 months, it reported earnings per share of $3.38 on revenue of $10.8 billion. Its profits and revenues have improved over the last two years, though revenue per share has been on the decline over the last five years. Its operating margin of 12.85% is higher than 73% of peers.

MGM pays a dividend yield of 1.5%. GuruFocus ranks it 4 out of 10 in financial strength and 5 of 10 in profitability and growth.

Gurus who invested in MGM in the first quarter included Robertson, Soros,

The company operates 20 gaming properties in about seven states. Some of its locations include casinos in Las Vegas, Atlantic City, New Jersey, Mississippi and Louisiana.

Tepper purchased 1.35 million shares in the first quarter for an average price of $35.79 a share. The investment reported an estimated gain of 7%. The shares sit in 0.45% equity portfolio space.

In Thursday afternoon trading, the stock rose 0.55% to over $38 a share. In three years, the stock jumped 127% while year to date, it climbed 9%. The GuruFocus median price-sales chart shows it is now trading above historical value.

The dividend yield is 0.55, which is among the lowest of the industry.

Boyd Gaming has a strong 8-rated Piotroski F-Score, which indicates very healthy operations and its operating margins are expanding. Its operating margin was reported to hit 14.38%, which is among the top 70% of its industry. However, it has seen drops in revenue per share in recent years. Like other casino operators, the company’s revenue and profits reportedly have been inconsistent in recent years.

GuruFocus ranks it 4 out of 10 in financial strength and 6 out of 10 in profitability and growth. Gurus who invested in the stock in the first quarter included Gabelli, Baron,