This Is Only the Beginning for Warren Buffett's Kraft Heinz 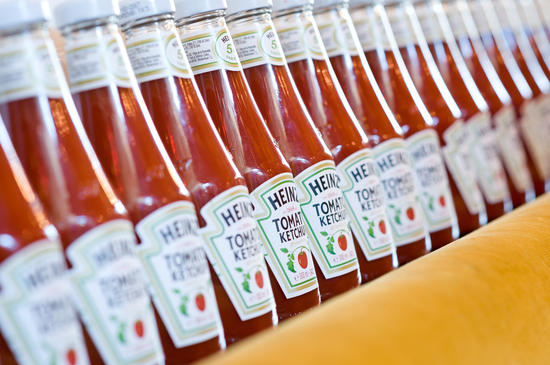 Executives who lead the world’s fifth-largest food and beverage company told market watchers that the favorable performance stemmed from higher input costs and favorable impacts from acquisitions and net divestures.

Various factors played a role in the company’s positive results, which were released this morning. The company has engaged in a massive cost-cutting effort to the tune of millions of dollars in recent years. It also has repackaged its products to appeal to more health-conscious consumers. Hot dogs are healthier and unnatural ingredients have been removed from products.

As a result, declining revenues in the U.S. have started to inch upwards, company executives say. And there is even better news to come. "We expect our profitability to improve by year-end, with further momentum into 2019," Kraft Heinz CEO Bernardo Hees said in a prepared statement on Friday.

Net sales in the second quarter that ended on June 30 stood at $6.686 billion, compared to $6.637 billion in the prior-year period. That was an increase of 0.7%, the company reported.

In the U.S., the company reported a sales decrease of about 1.9% to $4.5 billion. However, the number topped analysts’ expectations of $4.43 billion.

Kraft Heinz is one of Buffett’s major holdings. The company made up more than 10% of his portfolio of stocks, according to the most recent filings. Other guru shareholders included

Over the last three months, the stock climbed 11%. It traded below its historical value based on the median price-sales ratio chart by GuruFocus, though the chart is incomplete. The 52-week range is about $54 to $87 a share.

The company has a very healthy business situation, as its Piotroski F-Score of 7 indicates.

Kraft Heinz reported a dividend yield of 3.86%, which is ranked higher than more than 80% of its peers in the industry. It has a payout of 27%.

In terms of market cap, the company is second in size only after Procter & Gamble Co. (

Analysts are predicting earnings of $7 billion on revenue of more than $26.6 billion in 2020. That equates to earnings per share of $4.17.

The Peter Lynch chart suggested the stock of Kraft Heinz is selling below fair value, though the chart is incomplete.

GuruFocus ranked it 5 out of 10 in financial strength and profitability and growth.

Also check out:
Not a Premium Member of GuruFocus? Sign up for a free 7-day trial here.
Rating: 4 / 5 (1 votes)
1 Comments
Write for GuruFocus
Submit an article
How to use GuruFocus - Tutorials What Is in the GuruFocus Premium Membership? A DIY Guide on How to Invest Using Guru Strategies GuruFocus New Features