Get Your 7-day Free Trial!

Is It Time to Invest in Staffing Stocks? 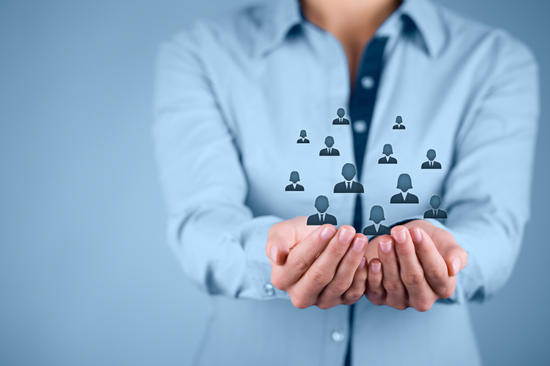 Staffing stocks have experienced mixed performances in recent quarters, with some enjoying bullish runs and others plunging to multimonth lows. Before discussing potential investment opportunities, it is crucial to highlight one of the key growth drivers in this unique market.

Economic growth and the labor market

The U.S. economy has been one of the best-performing economies among developed countries. In second-quarter 2018, the U.S. gross domestic product, a critical measure of a country’s economic performance, grew by an annualized rate of 4.1%, which is the highest growth since 2014.

Projections indicate the overall growth rate for 2018 will be about 2.7%, while 2019 and 2020 will see GDP growth of 2.4% and 2% according to a report published by The Balance earlier this month. When you compare these figures with the overall GDP growth rate for developed countries (about 2.2%) and the entire world (3.1%) in 2018 according to World Bank, then investors and U.S. citizens will be optimistic going into the final years of the current decade.

The bullish outlook of the U.S. economy has pushed all the major markets in the country to new highs including the three major indices. This has, in turn, strengthened the US Dollar, and as forex market analysts at engine forex predict, the dollar index, which is yet to reach the highs of 2016 suggests that there is more room to run for the U.S. markets.

This sentiment is further supported by the country’s labor market. It has achieved significant milestones recently, which it is expected to continue to enjoy for the foreseeable future. The U.S. unemployment rate is expected to average 3.8% this year and 3.6% for the next two years, while average inflation is projected to stabilize at about 2% after recently breaching the 2.5% threshold.

On the other hand, the manufacturing sector, which is one of the key economic drivers in the country, is expected to witness growth of 2.8% this year before experiencing a slight slowdown to 2.6% in 2019 and 2% in 2020. Wages have also increased to new historical highs, averaging $22.65 per hour, while the minimum wage is now up to $7.25 per hour.

All these figures point toward a better future for staffing companies with high expectations for sustainable growth in revenues.

RHI, Financial) is up 77% over the last 12 months, which is reflective of the gains made in the U.S. economy. Its counterpart ManpowerGroup Inc. (MAN, Financial), however, whose global reach is greater, has experienced a significant decline of about 17% over the same period, which again illustrates the strength of the U.S. economy compared to the rest of the world.

ManpowerGroup is a giant in the staffing industry judging by its mammoth top line of about $21 billion in 2017. The company’s annual revenues easily dwarf Robert Half’s $5.2 billion for the same period. But when you look at their market valuations, Robert Half becomes the giant with a market cap of $9.5 billion versus ManpowerGroup’s $5.8 billion.

This indicates that geographical specialization could be playing a role in Robert Half’s success. The U.S. market has increased optimism in the staffing industry, with smaller players like Kforce Inc. (

KFRC, Financial) and privately-held startups like the legal recruiters at AstorSearch.com capitalizing on the economic growth. Kforce has rallied 136% over the last 12 months. This has helped the company to top $1 billion in market capitalization from a value of just under $430 million a year ago.

The company has also benefited from narrowing its target market to the finance and technology sectors, which have been among the best-performing sectors in the U.S. in recent years. Therefore, looking at Kforce’s and Robert Half’s successes, specialization stands out as a major catalyst for growth. This also explains why smaller startups like AstorSearch.com, which specializes in legal placements, narrowed their target market to just one segment of the industry.

According to a report published by Forbes, another major reason why the placement industry has been booming over the last several quarters is that companies have realized the benefits of outsourcing staffing services. The report, which sampled the opinions of over 3,500 corporations, says that the whole process of recruiting a person can cost companies more than $4,000 and about 24 days of work.

Disclosure: I have no positions in the stocks mentioned in the article.

Q&A with Gurus
Add to your portfolio