UMB Financial Withstood Last Financial Crisis and May Withstand the Next

UMB, a conservatively run bank, has performed well in downturns and is held by Third Avenue 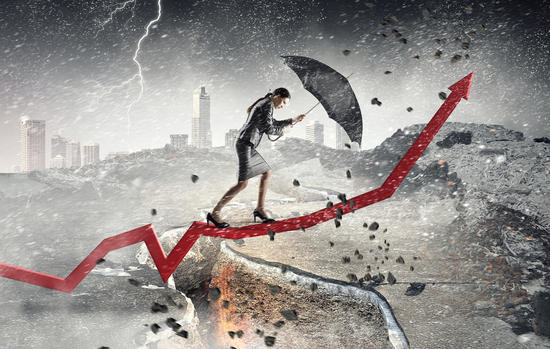 UMBF, Financial) is a mid-cap bank that held up extremely well in the Great Recession. The bank not only loans money but also derives fees from such services as HSAs and credit cards. The stock is barely followed on Wall Street.

Tangible equity is about $2 billion and assets are about $20.3 billion. So, UMB is levered to about 10 to 1. Not bad. In the financial crisis, banks were levered much higher than this. If a bank’s liabilities exceed assets, then the bank goes out of business.

UMB is in about everything. It has a brokerage division, trust department, credit cards, loans and even a division that serves as a trustee for mutual funds and other investment companies. Open up your mutual fund prospectus and you will often see UMB on the back page. When I used to do custody at Fidelity, Fidelity used UMB for its checking services. Last year, UMB sold off its Scout mutual fund division. The bank has locations in: Missouri, Kansas, Colorado, Nebraska and several other states.

Recently, former CEO Michael Hagedorn left the bank and was replaced by James Rine. Rine was in charge of commercial banking at UMB.

There are few research reports on the company. Charles Schwab and Morgan Stanley did not offer much. What reminded me of UMB was perusing Third Avenue (

A second quarter shareholder presentation shows write-offs during the financial crisis 10 years ago. I always like to see how a bank held up back then. Write-offs include: credit cards, consumer loans and other. Write-offs were $11.755 million in 2009, $20.2 million in 2010, $21.7 million in 2011 and $24 million in 2012. After that, write-offs as a percentage of loans fell off.

Some of the trust services provided are interesting. UMB serves as trustee on close to $16 billion in assets, most of which are municipal bonds. A new division serves as trustee on jets that airline companies want to lease from hedge funds. A funeral home trust division was just acquired for $160 million. Often, people prepay burial expenses, and the money stays in these trust accounts. The bank has even gotten into the Health Savings Account space. An HSA works like this: You fund an account and then use a debit card to pay for health care and pharmaceuticals.

I looked through several Annual Reports during from the Great Recession. UMB not only held up, but it increased its dividend. As far as I can see, it didn’t take any bailout money. Non-performing loans were 0.54% versus 3.03% for the industry. The loan-to-deposit ratio was 57.8% versus 90.8% for the industry. This means that the UMB was less levered than the average bank. The stock only fell from $52 to $31 back in the dark days of the recession.

Crosby Kemper Jr., who led the bank in the 1950s, went to college at the University of Missouri and was Sam Walton’s fraternity brother. Walton referred to Kemper as his personal banker. The Kemper family are still major shareholders and Kemper’s grandson Mariner is president of the bank.

I would invest in UMB under the right circumstances. At this point, I want to see what rising interest rates will do to the economy. Higher loan costs and investors losing money on bonds could stir things up a bit, and I want to see how things play out. I would invest in the bank for one reason, management. Much of the same management was there in 2009. A great time to buy the stock would be a nice downturn. I think its loan portfolio would hold up.

I’m leery of banks because it’s difficult to look at their loan portfolios. Sure, you can look at rating agencies like S&P and Basel equity information, but I don’t put a lot of faith in these numbers. I want to get a better profile of who money is being loaned to. Kansas City isn’t a boom and bust town. It doesn’t really participate in booms like California and therefore usually doesn’t participate in the busts, and Kansas City is where UMB gets much of its loan revenues.

Disclosure: We own stock in TAVFX.