John Bogle: The Law of Gravity in the Stock Market

Why winners quit winning and some losers start winning 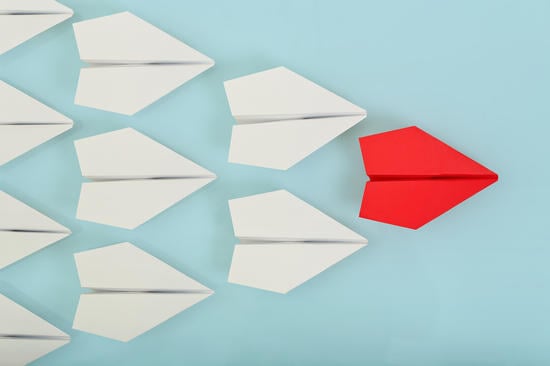 John Bogle’s assessment of reversion to the mean in chapter 10 of “Common Sense on Mutual Funds: New Imperatives for the Intelligent Investor” wasÂ “Sir Isaac Newton’s revenge on Wall Street.”

Defining reversion to the mean, Bogle called it a “kind of law of gravity in the stock market, through which returns mysteriously seem to be drawn to norms of one kind or another over time.” In other words, every security is likely to generate returns near the average returns of its broader market over time.

In the case of equities and equity mutual funds, that means your portfolio or fund will ultimately produce returns like those of the S&P 500 or the Wilshire 5000 (full stock market). Bogle said, “In the long run, a well-diversified equity portfolio is a commodity, providing rates of return that are highly likely to resemble closely and finally fall short of those of the stock market as a whole.”

Then, he added an important caveat: These are gross returns because they do not include fund costs such as management fees and transaction expenses. That explains why Bogle took the trouble to say, in the quotation above, “finally fall short of the stock market as a whole.” And over time, compounding will magnify the impact of those costs.

Bogle noted that some funds appear to avoid regression to the mean, especially small, aggressive funds, and some funds can avoid the gravity of the stock market for decade-long periods. But in the very long run, high flyers are brought down to the market average, while many dogs could move up (but often fail to because of their high expenses).

To illustrate the point, Bogle discussed the ups and downs of large-cap funds in the 1970s and in the 1980s. Those funds that survived the 1970s slightly outperformed the market by 0.1%. By the end of the 1980s, the remaining funds had given up 1.5%.

If there is no advantage to be found among funds with comparable costs, what about stock market sectors? To test that possibility, Bogle examined four sets of choices:

Starting with growth stocks versus value stocks, Bogle looked at a 60-year period beginning in 1938 and saw that one or the other predominated during individual periods. But after the full 60 years, the compounded total returns were 11.7% for growth stocks and 11.5% for value stocks. Statistically, that's an insignificant difference.

Bogle pointed out it is an almost universal maxim that small caps will inevitably outperform large caps because they involve higher risks. But in looking at the record, he found that this reputation was made during one decade: 1973 to 1983. In the latter year, large caps again took the lead and held it up to the time he had written the first edition of his book in 1999. Over the seven decades examined, the average annual compound returns totaled 12.7% for small caps and 11.0% for large caps. However, if the results for 1973 to 1983 are removed, large caps had slightly higher returns.

EAFE, Financial) Index with the S&P 500. For the full period, 1959 to 2007, the average annual returns were identical at 11.5%. In Bogle’s words, “Over the long run, RTM has clearly manifested itself in global equity markets.”

Having found reversion to the mean had leveled the returns in these four sectors, Bogle added he was staking his own investment strategy on the assumption that it would continue to exist.

He also pronounced reversion to the mean as being alive and well in the stock markets. Bogle observed that real returns had ranged between 4% and 10% in 93% of the 25-year periods in American stock market history. Over 50 years, roughly the investing lifetime of many investors, the standard deviation is just 1%.

According to Bogle, the “root cause” is fundamental: corporate dividends and corporate earnings growth. The sum of the two, over the years since 1871, has averaged 6.7%, which is exactly the same as the “actual” real stock market return of 6.7%. That leads him to reason that the role of speculation was neutral. And, “This precise equality of the two returns during this 127-year period is a remarkable tribute to the long-run rationality of the financial markets.”

Further, he argued that the irrationality of stock returns is created by the speculative element and it is responsible for the short-term market swings. In the end, speculation is “temporary and fickle”.

In practical terms, what are investors to do in light of the idea that stocks and mutual funds will all eventually return roughly equal returns? Bogle still believed investors should balance their equity and bond allocations, with generally higher proportions of bond funds. Turning to just equities, he argued investors should have equity funds that represent a broad section of the U.S. stock market. And, to avoid being overly reliant on one sector, should focus on index funds, whether based on the Wilshire 5000 or the S&P 500, which represented 75% of the total market capitalization. And, of course, those index funds should be low-cost.

In summary, Bogle examined in detail the effects of reversion to the mean on both equity funds and individual stocks. After reviewing those effects, he concluded that over the long run, almost all of them did regress to their long-term averages and into commodities status. For investors, this suggests a strategy of buying broadly based index funds with low costs.

(This article is one in a series of chapter-by-chapter digests. To read more, and digests of other important investing books, go to this page.)

Disclosure: I do not own shares in any securities listed, and do not expect to buy any in the next 72 hours.

Not a Premium Member of GuruFocus? Sign up for a free 7-day trial here.
Rating: 0 / 5 (0 votes)
5 Comments
Write for GuruFocus
Submit an article
How to use GuruFocus - Tutorials What Is in the GuruFocus Premium Membership? A DIY Guide on How to Invest Using Guru Strategies GuruFocus New Features