As a result of the recent wildfires in California, Pacific Gas & Electricity has witnessed a sharp decline in stock price, and the reasons for this are several 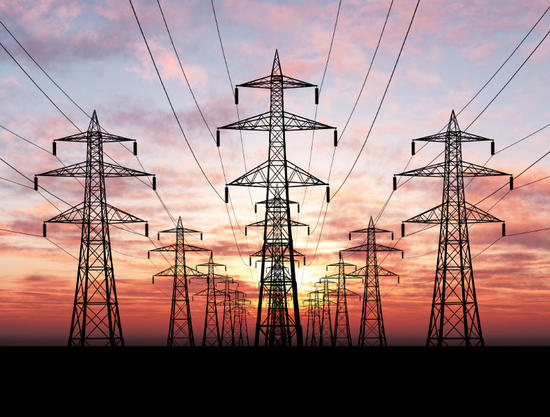 Wildfires have unfortunately become part of life for many living in California. One fire in particular that remains fresh in many California residents' minds is the Thomas fire, which became one of the largest in the state's history, claiming two lives, burning over 280,000 acres, destroying over 1,000 structures, and resulting in over $2 billion in damage. The cause of the fire remains under investigation.

During the writing of this article, the Woolsey fire continues to burn and has claimed two lives, burned over 90,000 acres and destroyed 435 structures. In addition to the loss of life, unbelievable damage and costs, such fires also affect the markets, specifically utility and power companies such as Pacific Gas & Electricity (PCG).

Pacific Gas & Electricity (commonly known as PG&E) has experienced massive swings in price, fueled by a combination of bad luck as well as responsibility and skepticism of wrong doing. On Sept. 11 2017, PG&E had a stock price of over $70. By Oct. 16, the price dropped to $56 after news broke that PG&E power lines may have contributed to starting a series of wildfires in Northern California. Shortly thereafter, the Thomas fire started on Dec. 4, 2017. At this time, PG&E had a stock price of $53. But by Dec. 18, the price dropped to $44 and by Feb. 5, to $38.

Since then, PG&E suspended its dividend, and the price slowly recovered over a year to $47 on October 29. However, as a result of the recent Woolsey fire and Hill fire in Ventura County, PG&E stock has dropped again, this time to $27 at the opening bell on Nov. 12.

The primary cause for this extreme drop in price? Liability. In mid-October 2017 the California Public Utilities Commission sent a letter to PG&E requiring it to preserve “all evidence with respect to the Northern California wildfires in Napa, Sonoma and Solano Counties.” It is believed that wind had knocked down powerlines owned by PG&E, causing the lethal wildfires. While PG&E was not actually found to be at fault for these fires at the time, it was enough to send the stock price into a nosedive.

Unfortunately, this is not the first time PG&E has been accused of causing wildfires. One major fire that PG&E was found liable for was the 2015 Brutte Fire in Amador County, which destroyed 549 homes. PG&E ended up paying $90 million to cover firefighting expenses.

More recently, PG&E has requested $183 million in cost recovery for “safely restoring power for fire and storm declared emergencies from the middle of 2016 through early 2017.” PG&E also “requested $405 million for work to prune, cut back or remove dead or dying trees in 2016 and 2017 resulting from years of drought conditions and associated bark beetle infestation, as well as a forecast of $555 million for additional tree mortality and fire mitigation work anticipated in 2018 and 2019.”

The fear of many investors and customers is that if these costs are not offset by California, it will hurt PG&E’s bottom line and rates for customers will increase. But one significant step that PG&E has said that it will take to help customers is to pass along the $450 million in annual tax savings to its customers.

Despite the concerns noted above regarding liabilities, PG&E remains California’s largest regulated electric and gas utility company with over 20,000 employees serving over 5 million electric customers and 4.4 million natural gas customers. PG&E also maintains a stable cash flow, continues to pursue investments in infrastructure and has a growing customer base. Revenue has steadily increased year-over-year, and PG&E maintains a debt-to-equity ratio of approximately 1, which is below the average ratio within the utilities sector.

While taking a stake in PG&E is risky, it can be argued that the drop-in stock price is overdone. Before the Woolsey fire, PG&E’s market cap dropped approximately $11 billion from its high. In an analyst report published by Jacob Kilstein of Argus Research Company on Sept. 5, PG&E has been found responsible for only 16 of the 37 past major fires.

While this is still a very high number of liabilities, the total estimated cost is $5 billion, significantly lower than the $11 billion drop in market cap. If the Woolsey fire is factored into the more recent drop in price, the difference between total liabilities for PG&E and its market cap could be argued to be even greater.

Disclosure: I do not have positions in the stocks mentioned.