Phil Fisher: When to Sell Stocks

'If the job has been correctly done when a common stock is purchased, the time to sell it isâ€”almost never' 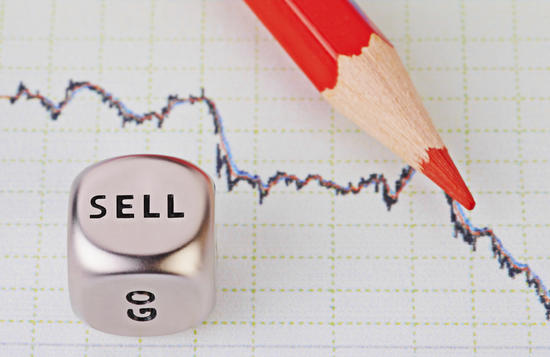 In his 1958 book, “Common Stocks and Uncommon Profits and Other Writings,” Philip Fisher explained when investors should sell their stocks—and that turns out to be not very often.

Fisher wrote the discovery of a mistake will first be a challenge to our emotional self-control. He added that mistakes are to be expected, since selecting stocks is such a complex process. Nevertheless, he believed the long-range profits from the good companies in a portfolio should offset the losses “from a normal percentage of such mistakes.”

Ego is a key factor because none of us likes recognizing our own mistakes. Even selling for a small loss may trigger regret and be more of a problem than we expect:

“More money has probably been lost by investors holding a stock they really did not want until they could “at least come out even” than from any other single reason. If to these actual losses are added the profits that might have been made through the proper reinvestment of these funds if such reinvestment had been made when the mistake was first realized, the cost of self-indulgence becomes truly tremendous.”

What losses should do is prod us toward introspection, into a dispassionate analysis of what we got wrong, and how we can avoid doing it again in the future.

Over time, companies change and the characteristics that made them good choices earlier may no longer be valid. Fisher argued companies usually deteriorate for one of two reasons.

First, management may have lost its edge. Perhaps smugness, complacency or inertia replaced the good characteristics that formerly motivated management. It might also reflect a generational change in management, as one team replaces another. The new team may not believe in the principles that drove the original success, or they simply may not have the ability to do the job their predecessors did (has this been the case at General Electric (

GE, Financial) since the departure of Jack Welch?). In such cases, said Fisher, investors should sell the stock right away, regardless of market conditions or tax implications.

Second, companies slide because they have exhausted their markets after years of spectacular growth and going forward can only generate returns equal to the industry average. To some extent, this can be mitigated with growth in related sectors, but not if they try to expand into unknown markets.

If this happens, investors might sell their stock at “a more leisurely pace” than if management has deteriorated. Capital gains taxes should not prevent the sale of a formerly attractive businesses, because that would hold back investments in a new stock that has the potential to grow as the earlier holding did in the past.

Investors can test the slowing growth problem; Fisher put it this way: “This is for the investor to ask himself whether at the next peak of a business cycle, regardless of what may happen in the meantime, the comparative per-share earnings (after allowances for stock dividends and stock splits but not for new shares issued for additional capital) will probably show at least as great an increase from present levels as the present levels show from the last known peak of general business activity.” If the answer is “Yes,” then the stock should be held in most cases.

A more attractive opportunity is found

Fisher began this section by noting this will seldom happen if investors had followed the right principles in their original purchases. Further, selling for this reason should only be done by investors who are confident in their assessments.

With that, Fisher asked readers to look at the forest and not the trees: “At this point the critical reader has probably discerned a basic investment principle which by and large seems only to be understood by a small minority of successful investors. This is that once a stock has been properly selected and has borne the test of time, it is only occasionally that there is any reason for selling it at all.”

He made the argument to try to counter the noise from the financial community, with all sorts of recommendations and comments aimed at getting investors to jump from one security to another.

One of the reasons offered for these recommendations and comments is one that will be familiar to contemporary investors and the long-lived bull market: “A general market decline is coming.” That prediction was just as prevalent in Fisher’s time as our time. Responding to such warnings—for which there can be no definitive evidence—can prove costly.

Fisher went on to argue that if an investor had chosen the right companies, those companies will likely hit new highs in the next bull market. Or the bear market may be short and shallow, or not arrive at all. What’s sure, though, is that taxes will be levied on any gains in the previously held stocks (in Fisher’s day there were fewer tax deferment possibilities than today).

He also tackled the issue of stocks becoming overpriced. Fisher asked, what is overpriced when discussing so-called “overpriced stocks”? This usually means a stock price is considered high in relation to the anticipated earnings power we expect. Yet, no one can do more than guess at what is coming, including earnings. And, as the author reminds us again, capital gains taxes need to be included in this mix as well.

Fisher’s final words in the chapter are apt: “Perhaps the thoughts behind this chapter might be put into a single sentence: If the job has been correctly done when a common stock is purchased, the time to sell it is—almost never.”

(This article is one in a series of chapter-by-chapter digests. To read more, and digests of other important investing books, go to this page.)

Disclosure: I do not own shares in any company listed, and do not expect to buy any in the next 72 hours.