The Slowdown Is 'Here and Happening' - Now What? 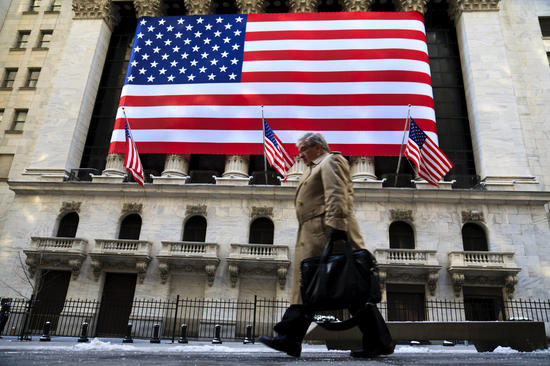 The home page of the Journal’s website featured the following headline Thursday afternoon:

And this was the subheading on the article:

Well that’s encouraging! Now that we're (apparently) in the midst of a slowdown, what's a long-term investor to do? If the economy is in trouble, isn't this the time to take action in our portfolios?

As I see it, there are a few problems with that approach to portfolio construction.

First, we’ve already started to take on water. As that Wall Street Journal article highlights, the S&P 500 has fallen 16% over the past three months (Apple is down 39% over the same period). A fair amount of damage has already been done. If your plan was to head for the exits ahead of the herd, you may have already missed your opportunity. (And if you didn’t foresee the pullback of the past few months, what makes you think you’re in a position to predict what will happen going forward?)

Second, this isn't the first time someone has called for impending doom for the economy or stock market over the past 10 years. Said differently, just because “the slowdown is here and happening” does not mean that its continuation is an assured thing. We could look back a year from now to find the problems of today were resolved or were already priced (that 16% decline I discussed).

It's also worth remembering that the track record of the soothsayers is spotty at best. Consider this (far from complete) list of false positives from reputable publications like Barron’s and the Wall Street Journal:

“SocGen Calls for End of the Bull Market” – December 2015

“Why a Weak Dollar Could End This Bull Market” – January 2018

That’s a long way of saying that people have been calling for an end to the bull market for about as long as it has been going on. And at some point (maybe now) their timing will appear impeccable. But being right at a moment in time and having an effective and intelligent long-term investment strategy are two very different things. My bet is you will almost certainly be better off over the course of an investment lifetime if you completely avoid this game and instead accept the inevitable bouts of volatility (like the one we’re currently experiencing) as they come along.

That’s the price you pay for success (historically, your reward has been significant outperformance from equities relative to “safer” alternatives like long-term bonds). Living through a 10%, 20% or 50% drawdown won’t spell disaster if you have an appropriate asset allocation and the right mindset. Missing out on most or all of the gains during a period like 2009 to 2018, on the other hand, can be devastating.

That brings me to my third problem with this way of thinking. Let’s assume that the slowdown is here and now is the time to head for the sidelines. Then what? What indicator will tell you it’s time to get back in? I think it’s a safe bet to say it doesn’t exist. You’re left with a guessing game – praying you reinvest before the market starts climbing (which it will do in the long run). Oh, and you also have to make up for the trading costs you incurred and the “cost” of eliminating the benefit Uncle Sam gives you on unrealized gains. That puts you behind the eight ball. Thinking you have the ability (the luck, really) to come out ahead playing that game is foolish. I take comfort in the fact that people who are a lot smarter and more experienced than myself have come to the same conclusion.

So, returning to the original question, what’s a long-term investor to do today? If you accept the argument that a slowdown is “here and happening,” what’s the right response? Personally, my answer isn’t any different than it was in October. I didn’t know where the S&P 500 would trade three months out back then and I don’t know where it will trade three months out now. What I do know is my portfolio is positioned in a manner where I can withstand material drawdowns. In addition, I own securities that I believe trade at reasonable levels relative to intrinsic value and that I’d like to own more of if they got cheaper. For those reasons, I’m fine with whatever the coming months bring; I’ll accept Mr. Market’s moves with equanimity.

I’ll end with something that

Not a Premium Member of GuruFocus? Sign up for a free 7-day trial here.
Rating: 5 / 5 (7 votes)
4 Comments
Write for GuruFocus
Submit an article
How to use GuruFocus - Tutorials What Is in the GuruFocus Premium Membership? A DIY Guide on How to Invest Using Guru Strategies GuruFocus New Features