Tesla: The 3 Strangest Moments of the 4th-Quarter Earnings Call 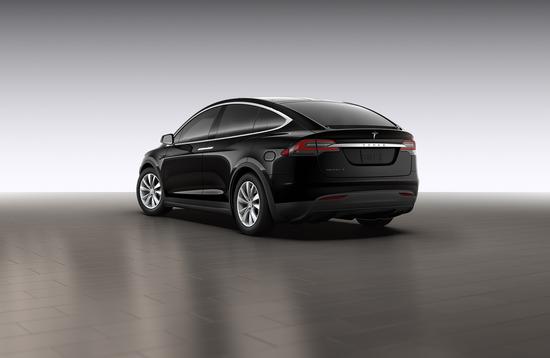 TSLA, Financial) reported earnings for the fourth quarter of 2018 on Jan. 30. While the electric vehicle company reported a second consecutive quarter of positive earnings, it missed on the bottom line, delivering just $1.93 in earnings per share.

While Tesla’s earnings report raised numerous serious questions and red flags, it was the subsequent call with analysts that really delivered the goods. Indeed, there were a multitude of strange moments -- some bordering on the surreal -- that will no doubt tinge the outlook for the stock in the year ahead.

Tesla’s share price is radically out of alignment with other automakers. While the S&P 500 Automobile Manufacturing Index has a forward price-earnings ratio of 6.2, Tesla's is 43.2. Clearly, tremendous growth is baked into Tesla’s stock already. And a big part of that growth comes down to its proposed Shanghai Gigafactory. On the latest earnings call, CEO Elon Musk and CFO Deepak Ahuja discussed the cost of building the factory, as well as the proposed source of funding:

More sensible estimates, based on the experience of seasoned automakers, puts the price of construction closer to $4 billion -- at least. The notion that Tesla can achieve a production rate of 3,000 Model 3 sedans per week for just $500 million is almost laughable.

Radical overoptimism concerning future costs, timing and production numbers is hardly new at Tesla, especially on earnings calls (though the latest Shanghai promises do appear to have set a new bar in that regard). Far stranger was Musk’s tangent on the subject of demand:

“The demand for Model 3 is insanely high. The inhibitor is affordability. It's just like people literally don't have the money to buy the car. It's got nothing to do with desire. They just don't have enough money in their bank account. If the car can be made more affordable, the demand is extraordinary.”

Apparently Musk believed the Wall Street analysts were in need of a refresher course on the basic function of supply and demand, which they may not have covered since Econ 101. Or it could be that the Tesla CEO somehow believed he had discovered some new function of demand that had been overlooked by past economists and businesspeople. If Shanghai promised new levels of optimism, these comments mark the new high point of the pseudo-profundity that frequently emanates from Musk’s social media accounts on a regular basis.

The pièce de résistance of Tesla earnings strangeness came virtually at the end, when Musk revealed -- without any prior warning -- that CFO Ahuja was retiring:

That is quite a big announcement to cram in at the very end of an earnings call, especially after ignoring it completely in the earnings release. Immediately, the plot thickened further with the announcement of Ahuja’s putative replacement:

"We thought long and hard about who the right person is to take over from Deepak, and that's Zach. And Zach has been with Tesla now for nine years.”

The new CFO, Zach Kirkhorn, has been a vice president at Tesla for less than a year. This is perhaps the most bizarre move Tesla has made in some time. Ahuja has his critics (us included), but no one could question his finance chops to be the CFO of a major corporation. Kirkhorn has never been the officer of a public company and apparently has zero experience as an accountant.

Tesla is supposed to be a serious automaker. It is valued like one. An amateur taking over an already hollowed-out finance division is a glaring red flag for a company awash in warning signs.