Undeterred by the risk, investors jump in after Fed's change in interest rate policy 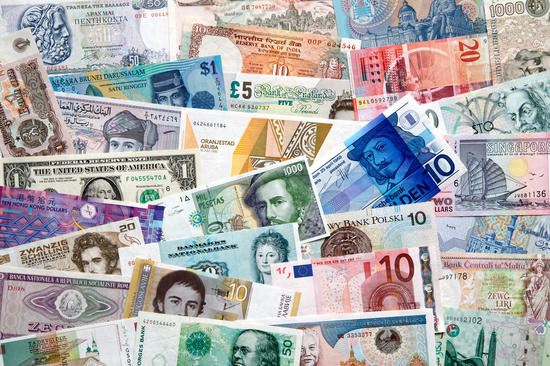 Ever since Jerome Powell announced an abrupt reversal in the Federal Reserve’s previously stated intention to raise rates in 2019, investors have whipsawed in and out of low-risk funds to riskier asset classes. Shortly after the Fed’s change of heart, many investors seemed to believe they were given the go-ahead to jump back into risky assets that had been market favorites during the long bull run of the past decade.

In the wake of the Fed’s January announcement, many investors subsequently became afflicted with bipolar disorder, jumping into asset classes from which they had only recently exited with alacrity due to market volatility and fears of a global slowdown. One area where yield-hungry investors have been flocking is emerging markets.

Many fund managers are purchasing the gamut of emerging market assets, from Chinese stocks to the sovereign bond funds of Uzbekistan, where eight times as many orders for that government’s debt instruments were submitted than were available.

Fund managers are attracted to the cheap valuations offered by developing countries relative to U.S. equities, fattened by a 10-year bull market and recent better-than-expected corporate earnings reports. Many of these companies are attractively priced currently due to the sharp selloff in emerging market funds that occurred during the latter part of 2018.

According to FactSet, the most popular fund this year is the iShares Core MSCI Emerging Markets (

IEMG, Financial), which has raised more than $5 billion from eager new investors. Three other emerging market exchange-traded funds rank in the top 11 of all ETFs in terms of new inflows in 2019.

Given the current state of the yield curve, many U.S. investors are turning to emerging markets in search of higher yields. One fund where investors believe their income-oriented investment objectives will be met is the JPMorgan USD Emerging Markets Sovereign Bond (

JPMB, Financial), which has taken in approximately $2.5 billion this year.

Although relative valuations may appear to be bargains, it is important to note the impact unpredictable factors could have on emerging markets. The outlook concerning the China-U.S. trade dispute has changed frequently in the past 18 months and, with it, investors' fickle sentiments, which can lead to market routs. It seems the resolution of the trade war is like a sword of Damocles that hangs over not only the U.S. market, but more notably over emerging markets as well.

Any negative news concerning the prospect of a U.S.-China trade agreement exerts a disproportionate impact on emerging markets. The mere indication in January that China and the U.S. were close to reaching a trade accord sent the Shanghai Composite Index soaring more than 22% this year. That dramatic rise occurred on the heels of that index's worst annual performance in 10 years. Although year-to-date returns have been generous, investors should be mindful some of the gains may be evanescent should central banks change their present course or a global downturn appears on the horizon.

Some investors believe the best emerging market returns have come and gone and are unlikely to hold, especially if global growth stalls suddenly. Jack Janasiewicz, a portfolio manager at Natixis, invested 14% of his portfolio in emerging market stocks at the beginning of October and is now taking his gains. Janasiewicz believes waiting to eke out any further gains will prove to be counterproductive.

“We’re making our investors aware that the emerging- markets trade is a pretty popular trade, and you’ve seen a lot of money pour into it,” Janasiewicz said. “It may not have the same level of outperformance that you’ve seen.”

Given its staggering debt burden, the ability of China to stimulate its economy is also a latent risk looming over any prospect of continued gains. Latecomers to the emerging market party may have already missed out on the large returns. It should also be noted that the emerging market play is one of the most crowded bets. Any bad news could trigger indiscriminate selling, leading to further losses that would quickly erode any previous gains made since last December.

Though many investors won’t heed its call, a note of caution is in order for those who feel they have the blessing of the Federal Reserve to engage in carefree and unfettered risk-taking. Should the Fed change its mind — a not implausible scenario —those who are left dangerously exposed at the edges of the risky asset class spectrum will learn, much to their chagrin, that what the Fed giveth, the Fed taketh away.