Responsible capitalism means not only growing the pie, but growing how many and how much the ordinary investor shares in its rewards 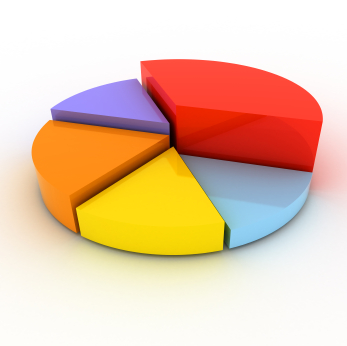 “The greatest threat to capitalism is capitalists. When these individuals lose sight of the fact that capitalism is as much a hope-based system as a capitalist system, then the whole structure is threatened. Recently we’ve heard capitalist thinkers tell us that socialism is about shrinking the pie and that capitalism is about growing the pie. I wouldn’t question that thesis. But I would question whether growing the pie – and having a very select group of people eat greater and greater amounts of this growing pie is any different than their fears of socialism and a shrinking pie. Whether you go hungry because the system doesn’t manufacture enough bread or because an increasing amount of bread was made, and a few lucky individuals got to eat even more than ever, is irrelevant. You’re still hungry, and you still feel screwed. The latter is the threat to western capitalism, not the former. Anyone arguing the former simply has an insatiable hunger for bread.”

I was recently reading

Howard Marks ' (Trades, Portfolio) latest memo in which he took issue with socialism and some of the ideas and recommendations from those in the “Democratic Socialist” wing of the Democratic Party. It’s not my intention to take a stand on any of the issues he brings up or the current political debate, but rather address the issue he never really fleshed out – the meaning of “responsible capitalism”[1].

Capitalism works best when capital is wisely allocated. The purpose of a group of businessmen gathering under a New York City buttonwood tree in May 1792 was to create an environment where companies could get access to capital and shareholders could enjoy the benefits of putting this capital to work. Successful capitalism requires a system where stakeholders – small businesses, vendors, local and state governments see direct – and indirect - benefits from having companies reside within their greater community. When all these individuals and institutions – the company, its employees, its shareholders, its vendors, the communities and people in which excess profits are spent – see the benefits of well-deployed capital, then that (at least to me) is the definition of “responsible capitalism.”

Here I will use Marks’ (along with my) industry – investment management – as a test to see how responsible capitalism has been over the past several decades. One of the roles of the financial investment industry is to allow the American worker to put their hard-earned capital to work and allow the strength of the U.S. and international markets to grow this capital and generate adequate returns to meet their goals – whether it be their child’s education or their future retirement. For generations, workers have expected the financial industry – either through their pension plans or more recently 401k plans – to generate wealth and carry their half of the capitalist bargain – the worker toils to earn their wages and the financial community assists in meeting their long-term goals.

This model worked well for nearly all of the 20th century. It made the American middle class the envy of the world. It’s what brought my family to this country. But somewhere in the latter part of the 20th century, capitalism and the functions the markets play in capital allocation changed. These changes can be summed up in the following ways.

Let’s take a look at these friction-related costs that no one seems to want to discuss yet play a devastating role in reducing the size of the pie. In 2004[2], investment bankers and brokers generated $220 billion, mutual fund fees were roughly $70 billion, pension management fees were $15 billion, hedge fund fees came in around $25 billion, and personal advisor fees around $5 billion. Note that these numbers don’t include investment services fees generated by banks and insurance companies (like the 1% fee layered on by many bank in-house investment management groups). Just these numbers alone come to roughly $350 billion directly deducted from investor returns. Adjusted to 2019 dollars, these numbers are estimated to be nearly $680 billion. That’s nearly two-thirds of a trillion dollars in one year.

As I said earlier, capitalism works best when capital is allocated wisely. In the case of the investment management business -- for all of these hundreds of billions paid -- you would think that capital has flowed to agencies because they provide additional returns to investors. That assumption couldn’t be more wrong. Going through each category we find that each agency has deducted from investor returns and simply made profits for their respective function.

Actively managed mutual funds have an abysmal record in outperforming index funds. In my article, “Mutual Fund Survivorship: The Revenge of Abraham Wald,” of Jan. 2 2015, between 1997 and 2011, roughly nine out of 10 actively managed funds underperformed their index fund proxy. Forty-six percent of the funds were simply closed or merged away because they were doing so poorly. Additionally, funds are charging too much to compete with index funds. In another article, “Are Management Fees Coming Down? Yes, Sort Of...”, on April 28, 2015, I wrote that fees are not coming down proportionally to the growth of assets under management (i.e., no economy of scale).

As of September 2018, local and state government pension funds have $4.41 trillion in assets under management. Putting aside the accuracy of pension actuarial assumptions, pension funds have a long history of underperforming due to several reasons. First, their expenses – after layering on fees charged by their holdings such as mutual funds or hedge funds – make it nearly impossible to outperform the general markers. Second, pension fund investments in hedge funds have proven to be an expensive experiment in poor returns (see hedge funds section). The Center for Retirement Research at Boston College (CRR) took a look into the variation of returns to investigate why some plans perform better or worse than others. The study examined the period from 2001 to 2016, during which public plans earned an annualized return of 5.5%, well below the average return assumption of about 7.6%. Who receives either a lower pension payment or increases in deductions? Pension plan participants (i.e., the common worker).

Howard Marks (Trades, Portfolio) talks about socialism and the danger of a shrinking pie, I think he (and all of us who are professional capitalists) have to take a long hard look at how well we’ve done in both growing the pie and sharing that pie with individual investors. From the college student or blue-collar worker who puts their hard earned $50 into their IRA or 401k, to the retiree who relies on their pension plan to enjoy their retirement, these individuals deserve their share as much as any hedge fund manager making $5 billion a year in New York City. True parity and fairness would require “responsible capitalism.”

Don’t get me wrong. My family came to this country because it was the capitalist engine (combined with a democratic republic) that drove world growth. I couldn’t have been more proud then – or now – to be an American and taking part in a capitalistic system that rewards (generally) hard work, diligence and acquired education. As a professional capitalist, I think it’s the best system in the world. But there are improvements that could improve the system to make it more “responsible,” in Marks’ words. Here are a few ideas I humbly suggest.

Too Many Fees, Not Enough Value: The amount of value extracted from our capitalistic system by the financial industry far exceeds the value it brings to the table. Ranging from ridiculously high management fees to sky-high turnover to even bank ATM fees, individual investors and consumers are increasingly demanding cheap and effective financial solutions. As an active investment manager, I see the warning signs everyday – the growth of passive and index investing, fund withdrawals, continued underperformance. This list goes on and on. If our industry wants to keep extracting so much capital from the markets, then it needs to either find a way to increase value or decrease costs.

Too Much Selling, Not Enough Thinking: In many ways, the investment management business has become like the pharmaceutical business – too much focus of sales and promotion and not enough on R&D and science. It seems every major investment house has become a marketing machine – touting short-term Morningstar star ratings and turning over entire portfolios in six to 12 months. Not enough time is spent on thinking about long-term value, customer needs, and simply being patient and letting the magic of compounding do its work.

Too Much Pie Subtraction, Not Enough Pie Sharing: All too often Wall Street spends its time thinking about new (and of course expensive) ways to convince investors to spend their hard-earned dollars on products that have little chance to deliver outperformance – or even adequate performance. How many individual investors really need a triple leveraged short-based ETF on oil futures? When I was growing up, I had a paper route where I delivered 127 newspapers daily. It took three runs on my bicycle but I realized that if I did my job, delivered the papers on time, in good condition, and treated my customers with respect, then I would do pretty well when it came to payday on Saturday mornings. The editor of the paper said to me once, "The more complicated you make the product or the services, the more the customer pays and the less value they get. And most people aren’t stupid. They’ll find another way to get the news when they realize they’re getting screwed." I tell my clients my services are pretty simple – I allocate their money and charge them a modest rate with the goal of meeting their financial needs. That’s about pie sharing, not about pie consumption.

It wasn’t my intention to write an article on the issues of improving capitalism, nor make it the longest article I’ve ever written. But as a professional money manager with clients seeking to achieve their financial goals, it’s important that as professionals we take a long hard look at the issues that are causing tectonic shifts in our industry. We can only succeed when our clients succeed. That means getting back to the basics that made capitalism great – getting the largest amount of individuals to share in the risk and rewards of a growing economy and making sure as many feel and see these rewards as possible. In the end, it might just mean eating some humble pie.

As always I look forward to your thoughts and comments.

Ray Dalio (Trades, Portfolio) had a slightly different take than Howard Marks (Trades, Portfolio) in his rather contentious discussion about why capitalism needs to be reformed in an appearance on CNBC April 9 2019. Video can be seen here: https://www.marketwatch.com/story/watch-cnbc-host-get-into-heated-exchange-with-ray-dalio-over-capitalism-2019-04-08

[3] Harvard Business Review, June, 2016. “M&A: The One Thing You Need To Get Right”. In 2015 Microsoft wrote off 96% of the value of the handset business it had acquired from Nokia for $7.9 billion the previous year. HP wrote off $8.8 billion of its $11.1 billion Autonomy acquisition. Finally, in 2011 News Corporation sold MySpace for $35 million after acquiring it for $580 million just six years earlier.