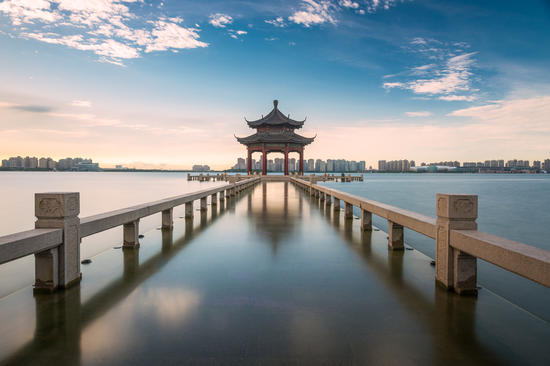 China's equity market staged a sharp recovery in the first quarter of 2019, following volatility and disappointing performance last year. Among the factors driving performance were increased optimism for a resolution to trade talks, healthy fundamentals for continuing corporate earnings growth and reasonable valuations. The onshore China A-share market fared disproportionally better than its U.S. and Hong Kong counterparts. In 2018, the China A-share market corrected down to unprecedented valuation levels that were similar to that of Hong Kong. This buying opportunity, together with further A-share inclusion in the MSCI global indices, helped stoke the market's strong performance.

China's bond market was also included in the Bloomberg Barclays Global Aggregate Index this year. Despite the fact that China's bond market is the second-largest in the world, it previously had no representation in global bond indices. This development, along with further equity market inclusion into global indices, should spur investor attention to China's large onshore market and provide for increased passive and active flows. This will also help further accelerate positive changes to China's financial reforms—the last major reform on its agenda—and include further reforms on its currency policy and banks.

In the first quarter, we saw strong performance in the communication services sector. Online services for music, video and live-streaming platforms benefited the portfolio given reasonable valuations and growth fundamentals that continued to be strong. Throughout last year, many of these platforms demonstrated an increased ability to monetize their large user base. The increased focus on profitability and monetization has been a positive trend that we identified across many of China's internet services players.

The consumer staples sector also did well over the quarter. Most of the portfolio's consumer staples holdings are A-share listed companies that had failed to be defensive and fell significantly in 2018. Given improved sentiment in the A-share market and continued strength in fundamentals, many of the Fund's consumer staples companies delivered good results and guidance for this year.

HKSE:00069, Financial) took a greater-than-expected hit from the tough macroeconomic environment as corporate travel budgets turned more conservative. Hotel occupancy and room rates also suffered as more international chains expanded into China's premium hotel segment, and we exited the holding during the quarter. Another performance detractor was Galaxy Entertainment Group (HKSE:00027, Financial), a Macau casino holding. While we believe this company has the best property to attract Chinese tourists, its growth has been limited for the near term given a lack of new capacity. We remain constructive on this company and believe that growth will resume when it completes its expansion plans next year. Additionally, we expect that increased clarity on the status of Macau's gaming license renewals—all six gaming operator licenses are currently due to expire in 2022—would bode well for companies in this sector.

In the quarter, we added Focus Media Information Technology (

SZSE:002027, Financial), a dominant outdoor, video and poster board advertising company. Compared to most other industries in China, the outdoor advertising space remains relatively concentrated, which presents a long-term opportunity for Focus Media to raise prices. Despite its dominance, shares of Focus Media were trading in the low teens when we bought a position. This was largely due to its aggressive network expansion, which caused low utilization rates across its system. We believe the bulk of this expansion is now over and the company's earnings profile will recover over the rest of the year.

We also took the opportunity to reduce our overall portfolio exposure to cyclicals and took profits in cyclical companies that we believed were becoming too expensive. Many of the margin expansion opportunities for these companies unfolded over the past two years and may be ending. We also believe that the outlook for global commodity prices is also less certain this year.

We believe China remains unlikely to roll out large stimulus plans to combat any risks of slowing growth. Instead, we have seen targeted efforts to reduce the tax burden across both businesses and consumers in China thus far this year. China's personal income tax and value-added tax (VAT) reductions improve consumer spending power and sentiment and raise profitability for corporations. We look forward to China's further efforts to lower taxes across a wider range of industries.

Consumer sentiment in China also remains better than expected. Worries that surfaced in the middle of last year over a weaker labor market, linked to potentially large job losses in the manufacturing sector, proved to be largely unfounded by the end of the first quarter of this year. There have been many instances of a reshuffling of job opportunities. Our research has indicated, for instance, that manufacturing workers who lost their jobs quickly found new jobs in the growing service sector of e-commerce-related logistics. Following the Chinese New Year period in February, an improved property market, led by lower purchase restrictions and mortgage rates in a handful of cities, also further boosted sentiment. We believe that these positive trends will continue to improve the current market environment.

All performance quoted is past performance and is no guarantee of future results. Investment return and principal value will fluctuate with changing market conditions so that shares, when redeemed, may be worth more or less than their original cost. Current performance may be lower or higher than the return figures quoted. Returns would have been lower if certain of the Fund's fees and expenses had not been waived. Please see the Fund's most recent month-end performance.

Visit our Glossary of Terms page for definitions and additional information.

The views and opinions in this commentary were as of the report date, subject to change and may not reflect current views. They are not guarantees of performance or investment results and should not be taken as investment advice. Investment decisions reflect a variety of factors, and the managers reserve the right to change their views about individual stocks, sectors, and the markets at any time. As a result, the views expressed should not be relied upon as a forecast of the Fund's future investment intent. It should not be assumed that any investment will be profitable or will equal the performance of any securities or any sectors mentioned herein. The information does not constitute a recommendation to buy or sell any securities mentioned.

The information contained herein has been derived from sources believed to be reliable and accurate at the time of compilation, but no representation or warranty (express or implied) is made as to the accuracy or completeness of any of this information. Neither the funds nor the Investment Advisor accept any liability for losses either direct or consequential caused by the use of this information.