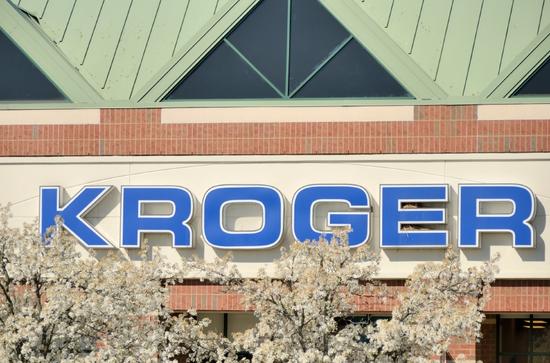 Buying a stock when its cheap relative to its past performance isnt a surefire way to profit, but it can be an effective strategy to discover out-of-favor companies.

For example, during bear markets, high-growth companies can be punished to levels well below their historical trading ranges. As long as the story is intact, the share price can rebound aggressively when conditions stabilize.

The reverse is also true. During bull markets, slower-growth companies can be thrown out in favor of more exciting stocks. So when the company seems to be doing its best, its valuation is at its worst.

Using the GuruFocus Historical Low Price-Salesscreener, we can quickly find which companies are trading at historically low price-sales ratios. This single metric doesn't tell the whole story, but its still a helpful tool in identifying undervalued stocks.

Many of the fundamentals have remained intact despite the drop, which has led to a rapidly falling valuation.

Kroger is also relatively cheap on metrics beyond sales. At 4.9 times operating cash flow, the stock is close to a 15-year low.

If Kroger returned to its 15-year average valuation, there would be anywhere from 20% to 40% upside.

The market seems worried about new entrants like Amazon (

AMZN, Financial), but this shift could take decades to play out, meaning Kroger could be a bargain at current prices.

Another brick-and-mortar retailer, Big Lots, has come under pressure recently. Over the past 12 months, shares have lost 33%, erasing nearly a decade of gains. Whenever these drops have occurred in the past, big rebounds have followed suit.

As with Kroger, the market seems overly pessimistic about physical retailers. Weve seen swings in sentiment before, and theyve typically been great buying opportunities.

Honda's stock has gone nowhere for nearly 15 years. Shares of other automakers like Toyota Motor Corp. (

The problem hasnt been sales growth, however. Instead, a falling valuation multiple has erased nearly all of the top-line gains. Since 2005, sales are up more than 70%. The price-sales ratio, meanwhile, has been cut in half.

With a rock-bottom valuation, you'd assume times are tough for Honda. Yet the company is experiencing record sales growth across every segment. Its growth has outperformed the industry even in the toughest geographies.

To combat the struggling share price, Honda could take matters into its own hands by instituting a large dividend or buyback program.

Earnings next year are expected to hit $3.82 per share. The dividend payout, meanwhile, accounts for just 72 cents per share.

The company could easily double the dividend overnight, which would result in a yield of 6%. Otherwise, anticipate a big repurchase program to provide firepower to these out-of-favor shares.