A tempest of political, legal and regulatory pressure is now building and cannot be thwarted 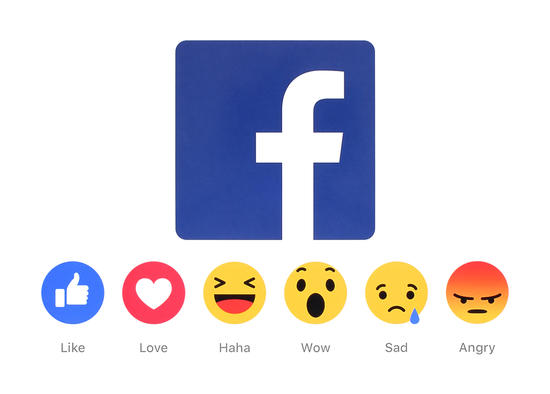 FB, Financial) has endured a cavalcade of bad news over the past six months. These stories have run the gamut of co-founder Chris Hughes calling for the break up of the company to increasingly vocal bipartisan calls for reigning in the tech giant as well as continuing and unrelenting scrutiny from European Union regulators.

The following is a general overview of the legal and regulatory risks the company presently faces.

For purposes of assessing the danger facing the company, shareholders and investors alike should note that Facebook is fighting a two-front war between EU regulators, who have no compunction about levying substantive billion-dollar fines against the company, and American legislators and consumer protection advocates.

The two principal legal and regulatory threats the company faces are the specter of an anti-trust action and privacy abuse litigation at the state and federal level.

Many investors have been lulled into a false sense of complacency about the risks an anti-trust action poses for Facebook. Far too many analysts have made the specious argument that any case filed against Facebook can never prevail because the service is free and provides multifarious benefits to consumers. How can a finding of consumer “harm” ever be established, they ask? This has been the mantra, oft-repeated recently by many financial journalists, investors and analysts, who now fancy themselves anti-trust legal scholars.

Investors who subscribe to the “there is no anti-trust case against Facebook” school of thought fail to recognize there is now growing acknowledgement from both parties, anti-trust legal scholars as well as free-market Republicans, that regulations need to adopt to the novel 21st century economic model of surveillance capitalism, for which Facebook is the leading paradigm.

Additionally, if one changes the principal focus from a consumer harm standard that underlies current anti-trust statutes and case law to misappropriation of users’ data, the remedies available for an unfair and deceptive trade practices action becomes more pronounced.

Facebook is a different corporate animal than GM (GM), Boeing (BA) or Oracle (ORCL) and, ultimately, will be viewed as such by legislators and regulators. The company presents an economic and legal paradox for anti-trust regulators. It has distorted and upended the traditional mechanisms of the free market because it offers no products for sale, yet it dominates an entire industry sector. Apple (AAPL) CEO Tim Cook perhaps explained it best when he said Facebook’s product is its customers.

In light of the oversized influence exercised by the social media Goliaths, much discussion has ensued about revising current anti-trust statutes to deal with the unique problems created by trafficking in consumers’ private data without users' consent or knowledge.

There is a growing chorus of those who are calling for long-overdue transparency concerning how Facebook uses individuals’ private data. This will lead to stringent and comprehensiveÂ mandatory disclosure requirements, which, as I have noted previously, is the greatest threat to the company’s business model. Eventually, the U.S. will follow the lead of the EU, which has imposed increasingly more demanding and detailed disclosure requirements on the company.

Facebook has legal exposure on other fronts. Hundreds of class-action suits have been filed against the company for misappropriating users’ private data and failing to disclose the extent to which it manipulated the data and sold or transferred it to multiple third parties for enormous profit.

Many states' attorney generals are preparing to file suits against Facebook for unfair and deceptive trade practices pursuant to their state’s consumer protection statutes. These suits will be in addition to any legal remedies pursued by the federal government. Most jurisdictions' unfair and deceptive trade practices statutes contain double or triple damages provisions, which could heighten Facebook’s liability exposure.

It is of paramount concern to realize the reason most of these legal battles are in the incipient stages is Facebook’s surreptitious use of users’ private data was made public only through the recent revelations in connection with the Cambridge Analytica scandal. Many private actions are now entering the discovery phase and, undoubtedly, documents produced will reveal additional unsavory and unflattering methods the company used to harvest its users’ data, without a scintilla of relevant disclosure.

The states will now proceed with their own actions against Facebook as well; legal action taken by the states will not be constrained by the turf wars that have circumscribed the Federal Trade Commission and Justice Department from bringing a coordinated and effective legal case against the company.

Those who contend Facebook has little to fear from regulators might want to ask themselves, if this is true, why is the company ramping up its public relations and legal teams in a manner not seen in its 15-year history?

The Wall Street Journal recently reported Facebook is having great difficulty recruiting top talent in the nation’s capital due to the now-toxic nature of the company’s brand. The company is embarking on an unprecedented PR campaign to be implemented by a massive advertising blitz, which, in essence, amounts to a global-wide mea culpa for its past transgressions and cavalier abuse of its customers' privacy rights.

Amid the public disapproval and legal tempest in which Facebook is now embroiled, analysts who have blithely ignored or dismissed the prospect of heightened regulatory scrutiny, will need to reassess their previously held views on the capacity of the company to generate its current and sustained rate of earnings growth as well as its phenomenal operating margins.

Not a Premium Member of GuruFocus? Sign up for a free 7-day trial here.
Rating: 1 / 5 (1 votes)
Write for GuruFocus
Submit an article
How to use GuruFocus - Tutorials What Is in the GuruFocus Premium Membership? A DIY Guide on How to Invest Using Guru Strategies GuruFocus New Features