If This Is the Greatest Economy in US History, Then Why Is the Fed Cutting Rates?

Something does not add up 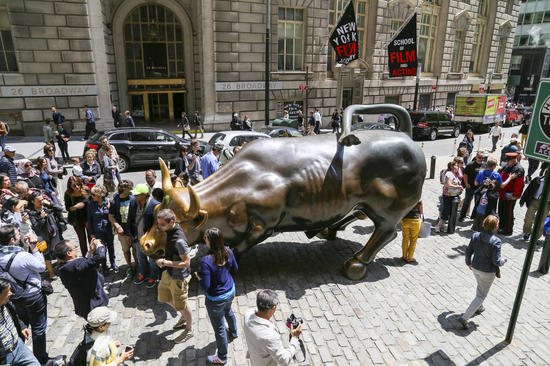 Over the last few months, I have spent much time discussing market commentary from Morgan Stanley (

MS, Financial), which is consistently bearish. Given all of the excitement over the S&P 500 index making new all-time highs, one could be excused for questioning whether such sentiment is warranted. The note this week from the investment bank addressed this issue. It argued that investors should look beyond the simple fact of new highs, and examine at what lies beneath the hood of the financial markets:

“The stocks that have really worked over the past year are generally defensive or high-quality in nature: sectors like utilities, consumer staples, software and REITs. The S&P 500 has also done better than other leading indices, which are down as much as 5-10% over the last 12 months. This is likely due to the fact that the S&P 500 is the highest-quality defensive index in the world.

It’s also interesting to note that Treasury bonds, which are even more defensive than the S&P 500 have outperformed over the past year. Therefore, just looking at the S&P 500 as a measure of economic and corporate health may not be a good idea. Instead, the defensive leadership displayed under the surface is the primary message. In short, growth continues to slow.”

This is something that President Trump, who has made a point of using the stock market as evidence of overall economic health, might want to bear in mind. If we are really in the midst of the greatest economy in history, as the president is fond of saying, then why is the Federal Reserve cutting rates? Why is the European Central bank expected to return to quantitative easing? These are questions that cannot be explained away by pointing to the trade war:

“Many investors are quick to blame the ongoing trade tensions between the US and China as the culprit. They claim the Fed is simply taking out insurance against these tensions, or I hear people saying that the Fed is worried about inflation continuing to come in well below its 2% target, and so they need to do more. Very rarely do I hear from investors or commentators that the business cycle is at risk of rolling over into recession. I find this strange, given all the signals that are flashing the rising risk of recession in the US.”

The only explanation for why central banks are once again reverting to easy monetary policy is that they are more worried about the state of the underlying economy than the market appreciates. Excessively large inventories from the previous year, and the hangover from the boom in capital spending, are coming back to haunt corporate earnings and margins. What comes up must eventually come down, so what we are seeing is just the natural consequence of the Trump administration's fiscal stimulus. The note ends by advising investors to remain wary:

“The bottom line for us is that equity prices have rebounded sharply this year on hopes that easier monetary policy will change the trajectory of growth. Stocks are discounting machines, so higher equity prices provide further support that growth will in fact pick up. However, until the less-defensive parts of the market start to lead, we think such signals are premature, and as a result we remain defensively skewed in our portfolios, with overweights in utilities and staples, and long-duration Treasury bonds. We expect a 10% correction in US equity prices during the third quarter as the Fed acts, but growth continues to disappoint, forcing others to acknowledge why the Fed is cutting.”