Geopolitics and debt are serious issues 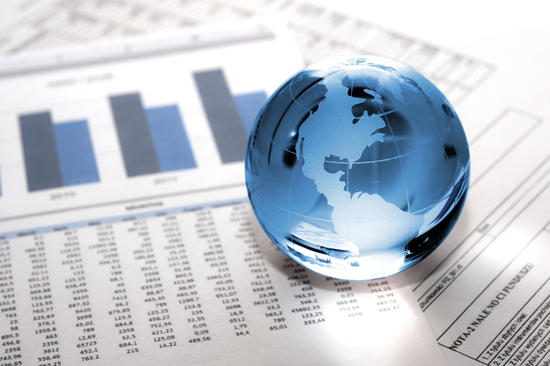 Over the past several months, I have frequently discussed the idea that the business cycle is approaching its end. Contractions are a natural part of the ebb and flow of financial markets and, as such, they are not in and of themselves bad. As investors, however, it certainly pays to be attentive to the warning signs. Usually, a contraction is precipitated by some adverse economic event. This letter from

“Since the beginning of 2018, the U.S. has imposed 25% tariffs on $250 billion of Chinese imports along with duties targeting the import of washing machines, solar panels, and steel and aluminum from most other countries… Additional tariffs threatened by the U.S. would drive the effective tariff rate to levels that prevailed in the late 1930s and likely have a devastating impact on the global economy.”

Because they affect every part of the economy, the full impact of tariffs is somewhat difficult to estimate. However, what is clear is this impact has already been significant and will only cause more disruption to supply chains. Moreover, tariffs have a delayed effect as they influence production targets and business expectations going into the future, so we are likely to see further fallout, even if the trade war does not escalate.

Challenges in the Chinese economy

“Headwinds have been building in China as the government wrestles with a massive credit boom, a rapidly aging population and its ongoing transition to an open market economy. Coping with these challenges, on top of the trade tensions with the U.S., makes China - and thus the world economy dependent on Chinese growth - vulnerable to a policy misstep.”

While debt accumulation is usually seen as a problem affecting the U.S. and the Eurozone, Chinese private debt has also grown significantly over the past decade. Nonfinancial corporate debt has risen from around 100% of GDP in 2008 to 150% in 2018. As well as being a systemic risk in and of itself, this constrains the ability of the Chinese government to pursue stimulatory measures.

“The traditional world order is being upset by the emergence of populist - and sometimes autocratic - politicians and parties across the ideological spectrum. In Europe - which is particularly vulnerable to antiestablishment sentiment given the persistent and worsening income and wealth disparities among EU (and euro area) members - these changing political winds are threatening the future of the European single market.”

In addition to the trade war, the global economy faces a number of geopolitical pressures: the ongoing uncertainty over Brexit, the escalating Iranian conflict and its associated impact on the energy market and continued friction between Russia and the West could all provide the spark that could ignite the contraction.

I have addressed the issue of American corporate debt on several occasions, arguing that the Federal Reserve’s low-rate policies of the last decade have contributed to a proliferation of "zombie firms" - mature, unprofitable companies that are unable to service their own debt. In addition, there has been a growth in lower-quality debt:

“Perhaps most worrying has been the extraordinary increase in BBB-rated bond issuance - the lowest tier within the investment grade universe. Typically comprising 30-40% of the U.S. investment grade market, BBB-rated bonds now account for more than half. Many BBB issuers used the proceeds of their bonds to finance activities like stock buybacks or mergers and acquisitions, resulting in higher leverage ratios.”

If cash flows are put under pressure, making these already weak companies unable to make good on their obligations, we could see a rise in corporate defaults that would certainly have a knock-on effect on the broader economy.