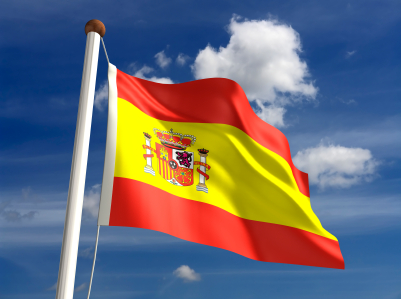 The fund invested in 587,154 shares of ENCE Energia y Celulosa, allocating 2.34% of the equity portfolio to the holding. The stock traded for an average price of 4.38 euro ($4.90) per share during the quarter.

The Spanish company, which operates pulp mills, has a market cap of 824.35 million euros; its shares closed at 3.43 euros on Thursday with a price-earnings ratio of 8.36, a price-book ratio of 1.23 and a price-sales ratio of 1.05.

GuruFocus rated ENCE’s financial strength 4 out of 10. Despite having a comfortable level of interest coverage, the Altman Z-Score of 1.23 warns the company could be in danger of going bankrupt.

The company’s profitability and growth scored a 5 out of 10 rating, driven by strong margins and returns that outperform over half of its competitors as well as a moderate Piotroski F-Score of 5, which indicates operating conditions are stable. It also has a business predictability rank of one out of five stars, which is on watch as a result of poor revenue growth. According to GuruFocus, companies with this rank typically see their stocks gain an average of 1.1% per annum over a 10-year period.

The fund holds 0.24% of the company’s outstanding shares.

AzValor picked 76,904 shares of Applus Services, dedicating 0.92% of the equity portfolio to the position. Shares traded for an average price of 11.17 euros during the quarter.

The business services company, which provides testing, inspection and certification services, has a market cap of 1.74 billion euros; its shares closed at 12.15 euros on Thursday with a price-earnings ratio of 34.72, a price-book ratio of 2.31 and a price-sales ratio of 1.04.

According to the Peter Lynch chart, the stock is overvalued.

Applus Services’ financial strength was rated 4 out of 10 by GuruFocus. Although the company has adequate interest coverage, the Altman Z-Score of 2.25 suggests it is under some minor financial pressure.

The company’s profitability and growth didn’t fare much better, scoring a 5 out of 10 rating. Although the operating margin is expanding, Applus has poor returns that underperform over half of its industry peers and its revenue per share has declined over the past three years. It is also supported by a high Piotroski F-Score of 7, which indicates business conditions are healthy.

Oakmark Intl Small Cap (Trades, Portfolio) Fund has the largest stake in the company with 1.25% of outstanding shares. AzValor holds 0.05%.

During the quarter, azValor Iberia also added to its holdings of Prosegur Compania de Seguridad SA (

The fund’s $100 million equity portfolio, which is composed of 24 stocks, is largely invested in the industrials and basic materials sectors.